What is Trudeau’s Long-Term Plan for Syrian Refugees?

My organization has joined in the sponsorship of 9 different Syrian refugee families.  Some of the files were submitted as early as 2015; all have been approved; yet not a single refugee has arrived.  There are thousands of sponsoring groups in Canada in a position identical to ours. 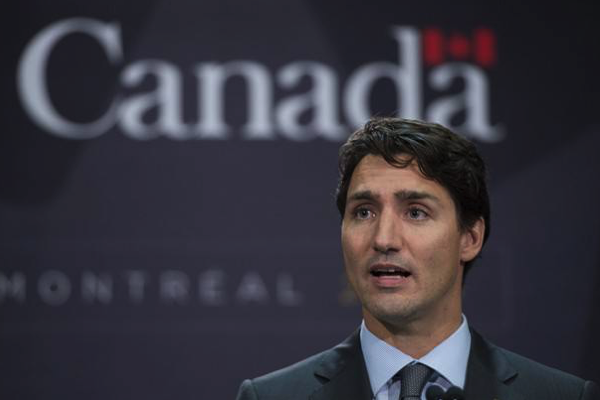 In case the Trudeau government didn’t notice, the Syrian civil war is far from over; ditto for the Syrian refugee crisis.  Many of these sponsored families struggle in hardship and uncertainty – some still in refugee camps – as they await word on their resettlement.  Canadians are justified in asking: What is Canada’s long-term plan for Syrian refugees?

The government received appropriate accolades for bringing in 25,000 Syrian refugees earlier this year.  The operation wasn’t without its flaws, but most Canadians appreciated the good-faith efforts of the government to address the Syrian refugee crisis.

But you don’t address a long-term crisis with a “one off.”  Just since the beginning of 2016, there are 500,000 new Syrian refugees, a figure that would be mind-blowing if we weren’t already inured to the staggering number of Syrian refugees.  Canada now needs to show that it has a long-term strategy – at all levels – to address the Syrian refugee crisis.

First, the Liberal government should live up to its 2015 election promise: “[W]e will expand Canada’s intake of refugees from Syria by 25,000 through immediate government sponsorship.”  Despite all the praise it received, the Trudeau government did not meet its campaign promise.  Instead, it only welcomed about 17,000 government sponsored Syrian refugees, shooting for a lower target set in a revised plan it released in November, 2015.  The Syrian refugee crisis is still with us, and 8,000 additional Syrians will have hope for the future if Trudeau steps up to the full campaign promise.

Second, the Trudeau government should immediately expedite the processing of privately-sponsored refugees.  The delays are crippling not only for the refugee families, but also for the thousands of average Canadian sponsors who are committed financially to the arrival of the refugees.  In some cases, private sponsors have secured and furnished apartments which remain needlessly empty.  John McCallum, Minister of Immigration, promised in May to fill the private sponsorship gap, but there has been little apparent change as a result of his promise.

Third, the Trudeau government should outline its targets for Syrian refugees in the years ahead – and it should be ambitious.  As a basis for comparison, close to two million Vietnamese fled their country between 1975 and 1995.  In 1979, Joe Clark’s government impressed sceptics by committing to accept 50,000 Vietnamese.  By 1985, about 110,000 Vietnamese had been settled in Canada via both government and private sponsorships.  By comparison, there are almost 5 million registered Syrian refugees and Trudeau has only committed to accepting 25,000 of them.

While Canadians may pat themselves on the back for being more welcoming to Syrian refugees than the United States, they have a long way to go to equal the generosity of Germany, Sweden and several other European countries.  Of course, Syria’s neighbours still bear the brunt of the crisis, with Turkey hosting 2.7 million refugees, and Lebanon – a tiny country of 6 million – hosting 1 million Syrian refugees.

Next, the Trudeau government should meet future refugee targets in a well managed fashion.  While many were thrilled by the government’s blitz to bring refugees to Canada earlier this year, the reports of waste and inefficiency as the government ramped up capacity were sobering.  Lodging new immigrants in hotels for months on end is not an efficient use of refugee funds.  Canada should work more closely with on-the-ground refugee resettlement partners to ensure that available funds truly maximize the number of refugees that Canada is able to accept.

Finally, federal and provincial governments should work together to increase the incentives for private sponsorships.  The government needn’t foot the bill for all the refugees that could come to Canada, and many private groups are thrilled to play a direct role in addressing the crisis.  In addition, because of the personal touch, privately sponsored refugees generally fare better than government sponsored refugees.  Canada should consider programs like “matching funds” for private sponsorship, or lower financial thresholds to encourage more private sponsorships.  Ultimately, this will increase the number of refugees that Canadians are collectively able to help.

The Trudeau government has restored hope to thousands of Syrian refugee families, and nothing will take away from this accomplishment.  Nevertheless, Canada and the world are facing a refugee crisis never before witnessed in modern history.  As Canada and Canadians, let’s face this historic challenge with a historic response.