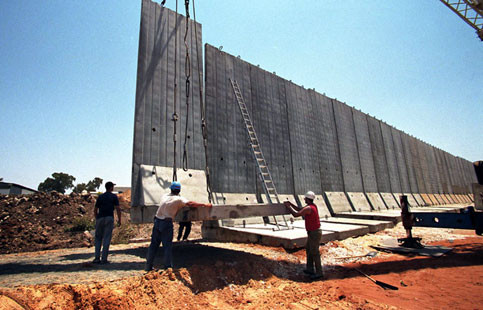 Canada and the ICJ Decision on the Wall

Factsheet Series No. 11, created: Decemebr 2005, Canadians for Justice and Peace in the Middle East
View factsheet in PDF format

The Advent of Israel’s Wall

Israel’s Wall, begun in June 2002 near the Palestinian city of Jenin, continues to be constructed to encircle parts of the West Bank and East Jerusalem. Once complete, it is estimated that its length will be 750 km.  In October, 2003, the UN General Assembly condemned the Wall, and asked Israel to “stop and reverse” construction by a vote of 144-4 (Resolution ES 10/13.)  When Israel disregarded this vote, the UN General Assembly voted in December 2003 to request the legal opinion of the International Court of Justice (ICJ.)  The ICJ heard arguments in February of 2004, and delivered its decision in July of 2004.  (See CJPME’s Factsheet No. 3 on Israel’s Wall for more details on the structure and impacts of the Wall.)

Background on the ICJ

Origin of the Court.  The ICJ is the principal judicial organ of the United Nations, having its seat at the PeacePalace in The Hague.  It replaced the Permanent Court of International Justice in 1946, and has a primary function of settling disputes in accordance with international law.

Composition of the Court.  The Court is composed of 15 judges, elected to 9-year terms of office by the UN General Assembly.  Only one judge per nation is allowed to sit on the Court.  Each judge is elected to the Court based on his/her legal credentials, and does not “represent” his/her country.

Jurisdiction of the Court.  There are two categories of disputes the Court is mandated to take: those brought to it by two or more state parties (termed “binding”); and those referred to it by international bodies and organizations (termed “advisory” or “non-binding.”)  “Binding” decisions presume that the states involved will respect the decision, given that they have brought the case to the Court.  “Advisory” opinions are open solely to five organs of the United Nations and 16 specialized agencies of the United Nations family.  The ICJ is the highest judicial authority in the UN, and thus the world.

The Question put to the Court

The Question put to the Court.  In December, 2003, with a vote of 90-8, the UN General Assembly requested an Advisory decision on the question: “What are the legal consequences arising from the construction of the wall being built by Israel…”   (Note that Israel, Australia, the US and their protectorates voted against the resolution; while Canada and EU members abstained.)

The Arguments put to the Court.  The Palestinians, and other bodies argued that the Wall is illegal, primarily on the basis of the fact that the Wall is being built on territory not attributed to Israel.  The Israelis, while rejecting the proceedings of the Court, argued that the Wall is justified as a vital measure of self-defense.  Canada and EU tended to argue that a decision by the Court was unnecessary, and unproductive.  The US and its associates argued that the ICJ should not get involved in such contentious issues, and that the Road Map Peace Process should be the sole mechanism to determine “permanent status issues.”

In the Court’s decision, delivered on July 9, 2004, it rejected all arguments questioning its jurisdiction, and ruled that Israel must destroy the Wall, and pay reparations to the Palestinians affected.

The Jurisdiction of the ICJ:

Dozens of pages of the decision were dedicated to addressing all arguments questioning the Court’s jurisdiction to decide in the case.  The Court determined that under Article 65, paragraph 1, of its Statute, it had jurisdiction: “[The Court] may give an advisory opinion on any legal question at the request of whatever body may be authorized by or in accordance with the Charter of the United Nations to make such a request.”

A Political Issue?  The Court rejected the arguments that it has no jurisdiction because of the supposed “political” character of the question posed. The Court concluded that it is quite natural that a legal question may have political aspects, but that such considerations do not preclude a legal decision.

Merely a Bilateral Issue?  The Court also rejected the argument that it didn’t have jurisdiction because some considered the issue of the Wall to be a “bilateral” issue between Israel and Palestine.  The Court decided that it does not consider the issue to be merely a bilateral matter between Israel and Palestine, given that the UN has important powers and responsibilities in questions relating to international peace.

Disruptive to the Peace Process?  The Court acknowledged that the Roadmap Peace Process – endorsed by the Security Council – existed as a negotiating framework for the resolution of the Israeli-Palestinian conflict.  The Court decided, however, that this negotiations process should not be a compelling reason to decline to exercise its jurisdiction in the case.

Was the Court Lacking Facts?  The Court also rejected the argument that it couldn’t rule because it didn’t have sufficient facts on the Wall and its context.  The Court cited the many reports available to it by various UN mechanisms, and concluded that it had sufficient information to decide.  The Court also concluded that, even if various parties might subjectively interpret the “facts” in the case, the Court itself had a responsibility to fulfill its judicial task.

The Outcome of the ICJ Decision:

The Wall is illegal.  “The construction of the wall being built by Israel, the occupying power, in the OccupiedPalestinianTerritory, including in and around East Jerusalem, and its associated regime, are contrary to international law.”

Israel must stop and reverse Construction.  “Israel is under an obligation to terminate its breaches of international law, and it is under obligation to cease forthwith the works of the construction of the wall being built in the OPT and East Jerusalem, to dismantle forthwith the structure therein situated, and to repeal or render ineffective forthwith all legislative and regulatory acts relating thereto.”

Israel must pay Reparations to the Palestinians.  “Israel is under obligation to make reparation for all damages caused by the construction of the wall in the OPT including and around East Jerusalem.”

The UN GA and SC should take further action.  “The UN and especially the General assembly and security council should consider what further action is required to bring to an end the illegal situation resulting from the construction of the wall and associated regime, taking into account the advisory opinion.”

All States have an obligation to take Action.  “All states are under obligation not to recognize the illegal situation and not to render aid or assistance in maintaining the situation.”

Following the ICJ Decision of July 9, 2004, the UN General Assembly voted 150-6 that Israel should respect the ICJ decision (Resolution ES-10/15.)  In an inexplicable move, Canada abstained on this vote.  The EU voted in favour of the resolution.  The Court, in its decision, had recommended that the Security Council consider what intervention might be necessary to stop Israel’s lawbreaking.  However, attempts to stimulate Security Council action on the issue were blocked by the US.

Since the Court’s decision, Israel has continued building the Wall deep inside Palestinian territory.  The U.S., Canada, and the rest of the international community seem to condone Israel’s actions.  With this inaction on the part of the international community following the Court’s scathing decision, the Palestinians can only conclude that they have no legal protection.