The LGBT Community in the Middle East

Factsheet Series No. 119, created: April 2011, Canadians for Justice and Peace in the Middle East
View factsheet in PDF format 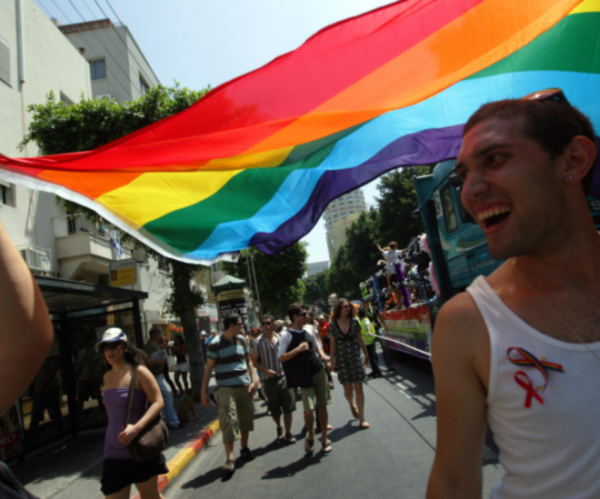 What is the LGBT community and is it present in the Middle East?

The acronym LGBT, sometimes written LGBTIQ to include people who identify as intersex or queer,[1] is recognized internationally to stand for lesbian, gay, bisexual, and transsexual people.  This community has historically been discriminated against, but at present, the international LGBT community is slowly gaining official recognition from governments and societies.  In the Middle East, the situation for the LGBT community is especially dismal.  Middle Eastern countries, with the exception of Israel, openly condemn the LGBT community.[2]  Consequently, the LGBT community in the Middle East exists underground, and members of the community often live in fear of being discovered.  If revealed or perceived to be homosexual, he or she risks being ostracised by the entire society, including his or her own family.[3]

How are homosexuals viewed in the Middle East?

The norm in Middle Eastern societies is to denounce any real or perceived homosexuality.  This is true both within the Muslim majority, as well as within minorities such as Coptic Christians in Egypt, and the Christian Maronites in Lebanon.[4]  Within communities and family groups, homosexuality is considered to bring shame upon the person and his or her entire family, with consequences for every friend and family member.  Common consequences are that female relatives cannot marry due to a lack of willing suitors, male relatives may be fired from their jobs, and the social standing of the entire family can be compromised.[5]  As a result, honour killings of homosexual family members in an attempt to restore honour to the family can occur in many areas of the Middle East.[6]

A number of countries in the Middle East are Islamic states and homosexuality in such states is condemned.[7]  Contemporary Islamic scholars see homosexuality as sinful and as a perverted deviation from the heterosexual norm,[8] though different followings of Islam prescribe different responses to the “sin” of homosexuality.  For example, the Hanafite School, seen mainly in South and South-East Asia, teaches that no physical punishment is warranted towards homosexuals, whereas the Hanbalites and the Sah’fi, seen largely in the Middle East, prescribe severe physical punishment for convicted homosexuals.[9]

Though the situation for LGBT individuals in the Middle East is bleak, there are some areas that show a growing tolerance toward the LGBT community.  Israel is the most progressive country in the Middle East in terms of safeguarding LGBT rights.  The rights of LGBT people in Israel are formally recognized, and members of the LGBT community may obtain a civil union with rights that are equal almost to those of heterosexual couples.[10]  Other countries or areas worth mentioning include Iraq, Jordan, and Palestine where having sexual intercourse with a same-sex partner is not considered illegal.[11]  While homosexuality isn’t formally illegal in these countries, there have nevertheless been numerous reports of extrajudicial killings and torturing of LGBT people.[12]  In Lebanon, despite the fact that homosexuality remains illegal; the country’s growing LGBT community is becoming more visible.  Particularly in Beirut, LGBT people have established a healthy, albeit underground, community.[13]

Do LGBT communities have any legal protections in the Middle East?

In general, no.  Homosexuality is illegal in most Middle Eastern countries under penalty of fines, jail terms, or even death in some areas. The few protections that do exist are little more than legal loopholes.  For example, in Iran, homosexuality is punishable by death, though there are less severe provisions for people of “unsound mind” or for minors committing homosexual acts.  For the lesser sin of Tafhiz, or the rubbing of genitals/buttocks, the general punishment is 100 lashes, though the sentence may be dropped if the person repents to God before the witnesses testify in court.[14]

Israel is the one Middle Eastern country that has advanced legal protections for LGBT people.[15]  Jewish Israeli LGBT people enjoy anti-discrimination laws similar to those in Canada, legal recognition of same-sex marriages, and the ability for same-sex couples to adopt children.

The lack of legal protections for the LGBT community in the majority of Middle Eastern countries goes against numerous instruments of international law, including the UN International Bill of Human Rights, the UN Universal Declaration of Human Rights, and others.[16]  As is explained in articles 1 and 7 of the UN Universal Declaration of Human Rights, “all human beings are born free and equal in dignity and rights,” and are all “equal before the law and are entitled without any discrimination to equal protection of the law.”[17]  Though most widely accepted declarations on human rights do not explicitly mention sexual orientation as a minority group, they all have provisions that extend basic human rights to every person and forbid discrimination against any group of people on any grounds.[18]  Thus, the extrajudicial violence or discrimination – whether in law or in practice – that is permitted against members of the LGBT community in the Middle East is in strict violation of international law.

Are attitudes in the Middle East towards LGBT changing?

While attitudes towards the LGBT community around the world have recently become more tolerant, the Middle East remains one of the regions most resistant to change.  In many parts of the Middle East, even homosexuality as a topic of discussion is shunned, which makes it very difficult for LGBT advocacy groups to form and effect change.[19]  Not counting Israel, Lebanon is considered the country most tolerant to alternative sexual lifestyles.  Lebanon is home to the Arab world's leading lesbian, gay, bisexual and transgender rights group HELEM (the Arabic acronym of “Lebanese Protection for Lesbians, Gays, Bisexuals and Transgenders.”)  HELEM has enough acceptance in Lebanon to regularly host events on LGBT issues, and has even gone to the streets to protest violence against the LGBT community in Lebanon.  Yet while Beirut is more liberal than neighbouring countries and cities, it is still far less tolerant than Western societies. [20]

Despite the odds against them, even in the harshest of Middle Eastern countries, there exist underground gatherings of LGBT .  Often, however, these gatherings are supported in some way by people from the outside.[21]  So while local popular opinion, local cultural norms, and local religious institutions continue to discourage Middle Eastern LGBT communities from asserting their rights, there is growing pressure for expansion of LGBT rights in the Middle East from external sources: e.g. international human rights groups, foreign governments, expatriates and the international LGBT community.[22]

[4] "Maronite Church Elects a Homophobe as Its Patriarch." Gay Middle East. 2011.; "The Coptic Orthodox Church and Homosexuality." ReligiousTolerance.org by the Ontario Consultants on Religious Tolerance. 1999.