CJPME Factsheet 126, published June, 2011: This factsheet provides an overview the Canadian Boat to Gaza (CBG), an initiative by 26 veteran social-justice activists from across Canada, intended to assist international efforts to break the Israeli-led blockade of Gaza. To do this, the CBG will non-violently challenge Israel’s illegal blockade (onboard the Tahrir), carry medical supplies and other urgently-needed humanitarian aid, and seek to draw international attention to the suffering of the people of Gaza.

Factsheet Series No. 126, created: June 2011, Canadians for Justice and Peace in the Middle East
View factsheet in PDF format 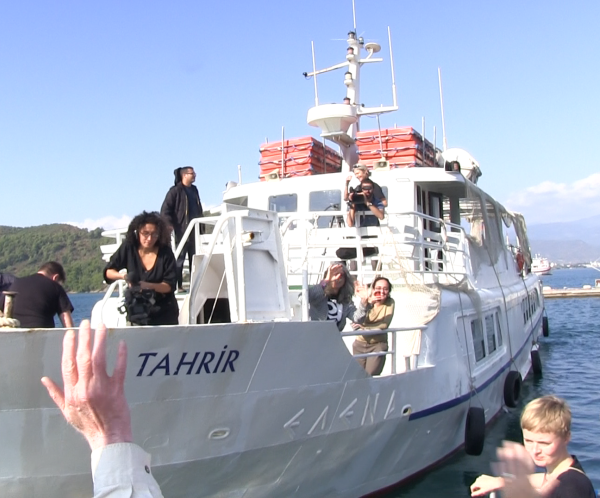 Who is organizing “Canadian Boat to Gaza” and why?

The Canadian Boat to Gaza (CBG) is a project initiated by 26 veteran social-justice activists from across Canada. The initiative is intended to assist international efforts to break the Israeli-led blockade of Gaza. To do this, the CBG will non-violently challenge Israel’s illegal blockade, and seek to draw international attention to the suffering of the people of Gaza.[i] The group is sending a boat — Tahrir (“liberation” in Arabic) — to carry medical supplies and other urgently-needed humanitarian aid to Gaza. The boat also intends to transport exports out of Gaza.

Tahrir is expected to sail in the last 10 days of June 2011, and will join up to 14 other passenger and cargo ships in Freedom Flotilla II for the final leg of the voyage. Flotilla participants have indicated that they do not seek a violent confrontation with the Israeli Army as they approach Gaza, and would welcome inspection by the UN or other neutral international bodies as prescribed in international naval accords.

Why is the blockade of Gaza such an issue?

The blockade of Gaza is morally and legally problematic from several perspectives:

Israel has been urged many times by the United Nations and neutral international NGOs (e.g. the Red Cross, Oxfam UK, Save the Children and Amnesty International) to lift the blockade of Gaza. Pressure to do so was particularly intense after an Israeli armed forces’ May 31, 2010 raid on a Gaza-bound humanitarian aid flotilla left nine flotilla participants dead. This led Israel to announce an “easing” of the blockade June 20, 2010. However, a study by 21 international aid organizations in late 2010 found that the key elements of the blockade have remained in effect and the civilian population of Gaza continues to suffer.[iii]

Who has endorsed “Canadian Boat to Gaza”?[iv]

Who will be aboard the “Canadian Boat to Gaza”?

Approximately 30-35 Canadians will be aboard the Tahrir, including: representatives of Fédération des Femmes de Quebec and the Canadian Muslim Federation; Quebec Solidaire politician Manon Massé; Christian Peacemaker Teams member Harmeet Singh Sooden (hostage in Iraq in 2005); Robert Lovelace, retired chief of Ardoch Algonquin First Nation and Queen’s professor; filmmaker and York professor John Greyson; human rights activists, physicians and lawyers; and University of Western Ontario professor David Heap. Some of them are young, others are grandparents. Ten to twelve Australian, Belgian and Danish flotilla participants will also travel on the Canadian boat. La Presse newspaper and Radio Canada crews will accompany them to cover the developments.

Pulitzer Prize-winning writer Alice Walker (The Color Purple) and Irish, Spanish and Greek Members of the European Parliament will be traveling in other Freedom Flotilla II vessels.

Israel: Israeli authorities have indicated that they will use force to prevent Freedom Flotilla II from reaching Gaza. A senior Israeli Navy official told the Jerusalem Post that Israel was preparing a number of "surprises" for the ships participating in the flotilla.[v] Israeli military officials have said that troops have been training for months to intercept any flotilla.[vi] Commando Unit Shayetet 13 (which conducted the lethal attack on the Mavi Marmara in May 2010) is "undergoing specialized training" involving "mock raids aboard a vessel.” Israeli Navy sources have also said troops will again be heavily armed.[vii] According to Israeli newspaper Haaretz:

“The navy is focusing on riot-control measures this time, saying they will use force as a last resort. Israeli defense sources said recently that … there is no alternative to taking over the boats and protesters by force — barring an agreement that would cancel the flotilla. Former Chief of Staff Gabi Ashkenazi … said that if necessary, sniper fire [CJPME’s emphasis] would be used to take down violent protesters. This would prevent face-to-face clashes that hold a greater risk to soldiers' lives.”[viii]

The Israeli government has also been pressuring other governments to prevent their citizens from participating in Freedom Flotilla II. Hours after Flotilla II delegates met with Members of the European Parliament, Israeli diplomats held a press conference in the same room.[ix]

Canada: On May 29, Foreign Affairs Minister John Baird warned “Unauthorized efforts to deliver aid are provocative and, ultimately, unhelpful to the people of Gaza. … Canada recognizes Israel’s legitimate security concerns and its right to protect itself and its residents from attacks by Hamas and other terrorist groups, including by preventing the smuggling of weapons.” Baird’s comments imply that the government views Freedom Flotilla II participants as Hamas sympathizers or potential weapons smugglers, or that blockade opponents are indifferent to Israel’s security concerns. Some CBG organizers perceive Baird’s comments as tacit pre-authorization for Israel to attack the Canadian Boat to Gaza.

Turkey: Israel has pressured Turkey to stop the Mavi Marmara and the Obama administration has offered to let Turkey host Israeli-Palestinian peace talks if it prevents its citizens from participating in Freedom Flotilla II. Turkish foreign minister Ahmet Davutoglu acerbically noted that democratic governments had no right to stop their people from challenging an illegal blockade. He added that warnings about a second international Gaza flotilla should be directed at Israel, which needed to recognize the changing realities in the Middle East.[x] It is interesting to note that many of the Turkish activists aboard the famous 2010 Gaza Freedom Flotilla will also be participating in the upcoming Freedom Flotilla (II), this time with many more international supporters aboard.