Factsheet Series No. 199, created: April 2016, Canadians for Justice and Peace in the Middle East
View factsheet in PDF format 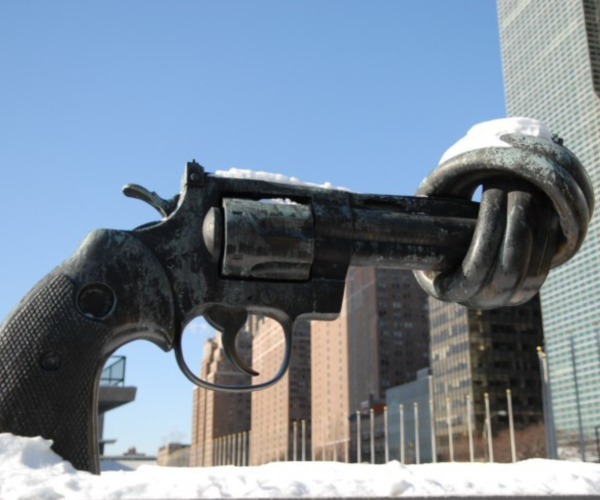 What are Canada’s existing export controls?

Canada maintains export controls under the authority of its Export and Import Permits Act and guidelines set out by Canada’s Cabinet in 1986.[5]  The Export Controls enforce Canada’s Export Control List, its Area Control List and its Automatic Firearms Country Control List.  As such, Canada has certain controls on military and strategic goods and technologies, as well as firearms.  In the context of these controls, Canada can limit exports: [6]

On paper, Canada’s controls may seem strong, but the example of Canada’s $15 billion arms deal with Saudi Arabia demonstrates that they are highly susceptible to political interference and/or indifference.  Despite the apparent incompatibility between the arms deal and Canada’s export controls, two different Canadian governments – one Conservatives, and one Liberal – both supported the deal.  This support came regardless of the fact that:

A “secret” memo released by the Canadian Justice Department in April, 2016 indicated that the Liberal government was far from transparent in its representations on the deal:

Given the behaviour of the government with the Saudi arms deal, it is clear that Canada’s existing export controls are inadequate to ensure that arms don’t get into the wrong hands.

[11] “The secret Saudi memo: Dissecting how the document contradicts what Ottawa has said,” The Globe and Mail, April 18, 2016.

[13] “Guns: We will take action to get handguns and assault weapons off our streets,” RealChange.ca on Liberal.ca Website, Liberal Party of Canada Website, https://www.liberal.ca/realchange/guns/ accessed April 13, 2016