CJPME Factsheet 200, published May, 2016: On Thursday, May 19, 2016, Ontario’s legislature voted down private member’s Bill 202 which would have prevented the provincial government from entering into contract with individuals or entities supporting the BDS movement. This factsheet summarizes the objectives of the BDS movement before explaining why the Ontario Bill 202 is not constitutional.

Factsheet Series No. 200, created: May 2016, Canadians for Justice and Peace in the Middle East
View factsheet in PDF format 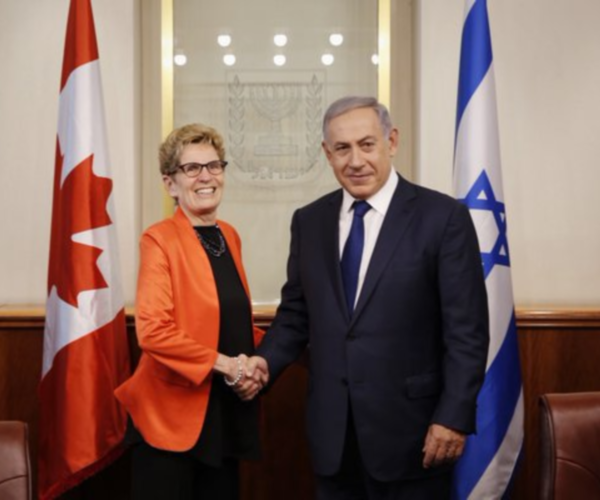 On Thursday, May 19, 2016, Ontario’s legislature voted down private member’s Bill 202 which would have prevented the provincial government from entering into contract with individuals or entities supporting the BDS movement.  Sadly, in the debate around the vote, no mention was made of the actual stated objectives of the movement.  Instead, many of the interventions on the Bill sought simply to smear and slander the BDS movement and its proponents. As with any topic debated before the legislature, whether involving education, commerce, the environment or other areas, most Ontarians would want their MPPs to have a basic understanding  of the topic during debate. This factsheet explains the BDS movement, and debunks the disinformation put forth by the Bill’s proponents during the legislature’s debate.

No.  The people and organizations around the world which support the BDS movement do so because they agree with the movement’s human rights objectives as stated at its launch in 2005.  The movement calls for the boycott, divestment, and sanctions on Israel “until it complies with international law and universal principles of human rights.”

What are the stated objectives of BDS?

The three core objectives of the BDS movement fully align with Canada’s official policy on the Israel-Palestine conflict as described in the paragraphs below.

The third stated objective of the BDS movement is “Respecting, protecting and promoting the rights of Palestinian refugees to return to their homes and properties as stipulated in UN resolution 194.” [8]  In 1948, Canada voted in support of Resolution 194 at the UN.   Canada’s continued support for Resolution 194 is reflected on Canada’s Global Affairs Website: “Canada believes that a just solution to the Palestinian refugee issue is central to a settlement of the Israeli-Palestinian conflict, as called for in United Nations General Assembly resolution 194 (1948) and United Nations Security Council resolution 242. … This solution should respect the rights of the refugees, in accordance with international law.” [9]

No.  Both the Ontario Civil Liberties Association (OCLA) and the British Columbia Civil Liberties Association (BCCLA) issued statements condemning Bill 202.  The BCCLA statement asserted, “To be clear, governmental bodies can generally choose their contractors.  What we say they can’t do is enshrine political discrimination in law, chill rights to public participation, sanction political witch hunts and threaten and punish individuals for their political views.  The claim that this bill will not affect rights to free expression is simply ridiculous.  It is designed to do that very thing. It is shocking that the government of Ontario is considering such a bill.  We say it is almost certainly not constitutional, and a very serious curtailing of democratic rights.” [10]

The OCLA, for its part, stated, “There is no question that this bill, if enacted, would negatively and unreasonably impact freedom of speech and political freedom in Ontario. […]  [BDS] activities, freely participated in by members of a democratic society, would be paternalistically discouraged or outright punished by this bill, which uses inflammatory language including allegations of anti-Semitism to impose, as the bill’s authors wrote in yesterday’s National Post, the ‘weight of government’ on a voluntary movement that seeks to influence a nation’s policies and actions.” [11]

Does the BDS movement target Jews?

No.  During the debate on Bill 202, and in the Bill itself, there were assertions that the BDS movement is an attack “on individuals,” or “Jewish Canadians.”  Such assertions are false.  The BDS movement is a peaceful, non-violent movement that seeks to apply economic pressure on a state: the State of Israel.

No.  The BDS movement is supported by many people – including many Jewish-Canadians – who simply want Israeli policies to change, and have no intention of trying to destroy or delegitimize Israel.  When Israel’s human rights violations end, so will the BDS movement.

Is it unfair to focus on Israel?

Supporters of the BDS movement boycott Israel because they have been explicitly asked to do so by the Palestinians.  In 2005, over 170 organizations from Palestinian civil society asked the international community to boycott Israel.[12] The BDS movement was conceived to help Palestinians solve their biggest problem, not to solve all the problems of the world.    Although Israel has militarily occupied the West Bank and Gaza since 1967, the BDS movement was only launched in 2005, after decades of other attempts to persuade the Israeli government to respect Palestinian human rights.  These efforts include, for example, 1) dozens of UN resolutions calling for Israel to respect the human rights of Palestinians; 2) a decision in support of Palestinian human rights by the International Court of Justice in 2004, and 3) decades of international diplomatic peace efforts.

Canada currently sanctions 21 different countries around the world for human rights violations: the BDS movement is no different. [13]

What other disinformation was propagated by Ontario Bill 202?

Ontario Bill 202 made numerous false and unsupported assertions.  A few are listed here:

[9] Ibid., “Canadian Policy on Key Issues in the Israeli-Palestinian Conflict”