Factsheet Series No. 201, created: August 2016, Canadians for Justice and Peace in the Middle East
View factsheet in PDF format 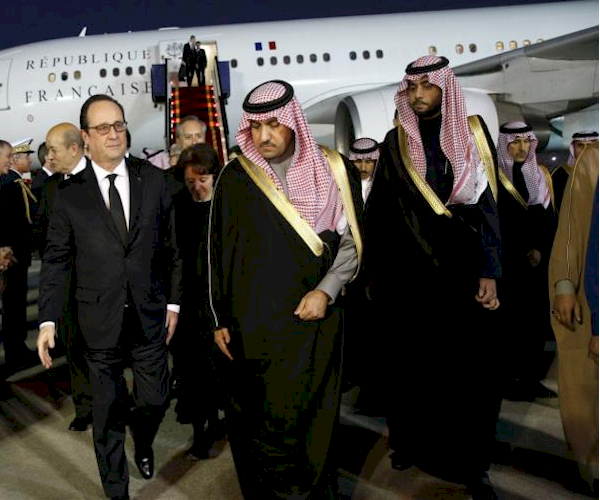 Wahhabism is a radical, exclusionist form of puritan Islam that emerged in mid-18th century central Arabia. Founded by the religious sheikh, Muhammad ibn ‘Abd al-Wahhab, in partnership with a local emir, ibn Sa’ud, Wahhabism developed as a religiously guided political response to the deteriorating social and political conditions of the 18th century.[1]

Wahhabism revolves around an unchanging doctrine of tawheed, which translates as the “oneness/unity of God” as the sole creator of the universe and object of worship.[2] Any violation of tawheed is viewed as polytheism or idolatry that deserves to be punished by death. In addition to polytheism, any innovation in religious matters is widely condemned; religious concepts or practices that came into being following the third century of the Islamic Era are denounced.[3]

Ironically, while unity is at the core of Wahhabi doctrine, Wahhabis themselves are to blame for much contemporary division within the Muslim world. A respected member of the house of Sa’ud asserted that Christians are more respectable than non-Wahhabi Muslims since at least they follow their religion, whereas non-Wahhabi Muslims are ostensibly guilty of polytheism, and therefore do not truly follow Islam.[4]

Wahhabis believe they must politically enforce their  religious beliefs. In the process, they believe that they purge Islam of all its heresies and idolatries.[5] To some degree, the Saudi state became the political and military arm of the Wahhabi sect. For centuries, Shias and Sufis in the Arabian Peninsula have been condemned by the majority Wahhabis, and have suffered ongoing persecution.[6]

How did Wahhabism rise in Saudi Arabia?

Wahhabism, an alliance between the doctrine of ‘Abd al-Wahhab and the political power of the house of Sa’ud, emerged in 1744 in the central Arabia. Central Arabia had suffered significantly from lack of development, severe droughts, agricultural blights, a lack of central authority, disintegration of tribal hierarchies and a fragmentation of the social structure. By the 18th century, central Arabia was in a state of chaos and political disorder as Muslim turned against Muslim and bloody conflicts emerged over maintaining monopolies over the towns.[7] By advancing a message of unity, both in religion and in community, Wahhabism was able to flourish in the Arabian Peninsula. Since according to Wahhabi thought, tawheed is exercised in one’s private and public life to bring unity to all realms, they used the concept of tawheed to promote centralization of power.

Initially, the Wahhabis were very successful in staging a campaign of killing and plunder across the Arabian Peninsula. They brought the sacred cities of Mecca and Medina under their control and massacred anyone who protested their advances. Despite their initial successes, the majority of Wahhabis were subsequently eliminated by Muhammad ‘Ali and the Ottoman Empire in 1819.[8] Nonetheless, the early 20th century experienced a revival of Wahhabi doctrine. The Wahhabi Saudi Kingdom as we know it began after ‘Abdul-Aziz ibn-Sa’ud conquered the capital, Riyadh, and united the tribes under his leadership in 1902.[9]

Today, the Saudi ruling elite is torn between respect for the strict doctrines of Wahhabism, and the realities of running a state in a globalized world.  On one hand, there is a sense of radical Wahhabi identity, while on the other, there is an struggle to gloss over Wahhabi abuses in order to maintain proper diplomatic relations with the Western world.[10]

What is the link between Wahhabism and extremist movements?

There is no direct political or religious link between Wahhabism and other extremist Muslim movements.  Nevertheless, the movements are driven by similar inspiration, ideologies and practices.  Both Wahhabis and jihadist extremists fall under the umbrella term, “Salafi,” which refers to someone who strives to emulate the way of life during the time of the Prophet Muhammad. Salafis share a disdain for developments subsequent to the first three generations of Islam, a rejection of Sufism and Shi’ism, and an abandonment of adherence to mainstream Islamic thought or law.[11]

Both Wahhabis and other extremist groups consider themselves some form of Salafi. There are many ideological similarities between Wahhabism and extremist groups such as ISIS. Reminiscent of Wahhabi thought, ISIS promotes the massacres of Sufis, Shias, and other Sunni Muslims who are considered polytheists due to their rejection of ISIS dogma. In addition, like Wahhabis, ISIS rejects forms of religious modernization and secularization, and as a result, feels compelled to destroy tombs, historical monuments, and centuries of Islamic architecture. When the Wahhabis captured Mecca and Medina, they destroyed most of the sacred tombs, shrines, and domes for fear that they would lead to idolatry.[12] Furthermore, the Wahhabis banned all forms of entertainment and prohibited smoking. Like the Wahhabis, ISIS has enforced strict regulations by banning smoking, music, singing, and other forms of recreation, all the while ensuring the destruction of historical sites.[13]

Today, Wahhabism in Saudi Arabia is far from a revolutionary jihadist movement. While the radical doctrine is still deeply embedded in the core of the Saudi state, today Wahhabism is practiced as a puritanical theology used to perpetuate an institution that is now loyal to the house of Sa’ud and the King’s absolute power.[14]

ISIS and similar groups, on the other hand, should be viewed as a re-assertion of traditional Wahhabi teachings, combined with anger toward Western interventionist policies in the Middle East.

Saudi Arabia has very much leveraged its oil wealth in order to disseminate globally its Wahhabi ideology. Before Saudi oil money was readily available, Wahhabism did not find an echo outside of the Arabian Peninsula. Petroleum revenues have enabled Saudi Arabia to fund Wahhabi schools and mosques around the world that have exploded in growth. The US State Department believes Saudi Arabia has invested more than $10 billion in charitable organizations that spread Wahhabi doctrine. Unsurprisingly, given their similarities in ideology, 15-20% of this $10 billion is estimated to have been diverted to violent jihadist groups such as al-Qaeda.[15] In addition, conservative Saudi citizens have allocated significant funding to ISIS.[16]

What is Canada’s relationship with the Wahhabi Saudi state?

Canada’s acquiescence to this view is evidenced in the willingness to proceed with a $15 billion arms deal that the Canadian government signed with Saudi Arabia in 2015. Despite that fact that this deal clearly violated Canada’s export control guidelines,[17] government leaders justified the contract by claiming 1) it would provide Canada with a seat at the Saudi table; 2) that Canada would leverage its position to have a positive influence on the human rights situation; and 3) that Canada could encourage Saudi moderation.[18] Nevertheless, the Canadian government should note that rather than protecting the rights of all Saudis through a constitution, the Saudi legal system is the Qur’an.  Canada should also  be reminded that in 2009, Saudi Arabia’s highest religious authority declared all Shias as apostates,[19] and Freedom House’s 2016 report declared Saudi Arabia one of the five “worst of the worst” human rights abusers.[20] As such, Canadian leaders would be well advised to reconsider the true nature of Canada’s relationship with this religiously conservative, authoritarian monarchy.

[11] “You Can’t Understand ISIS if You Don’t Know the History of Saudi Arabia,” Huffington Post.

[14] “You Can’t Understand ISIS if You Don’t Know the History of Saudi Arabia,” Huffington Post.

[15] “What is Wahhabism? The reactionary branch of Islam said to be ‘the main source of global terrorism’,” The Telegraph, Accessed July 18, 2016, http://www.telegraph.co.uk/news/2016/03/29/what-is-wahhabism-the-reactionary-branch-of-islam-said-to-be-the/