The Forcible Transfer of Masafer Yatta 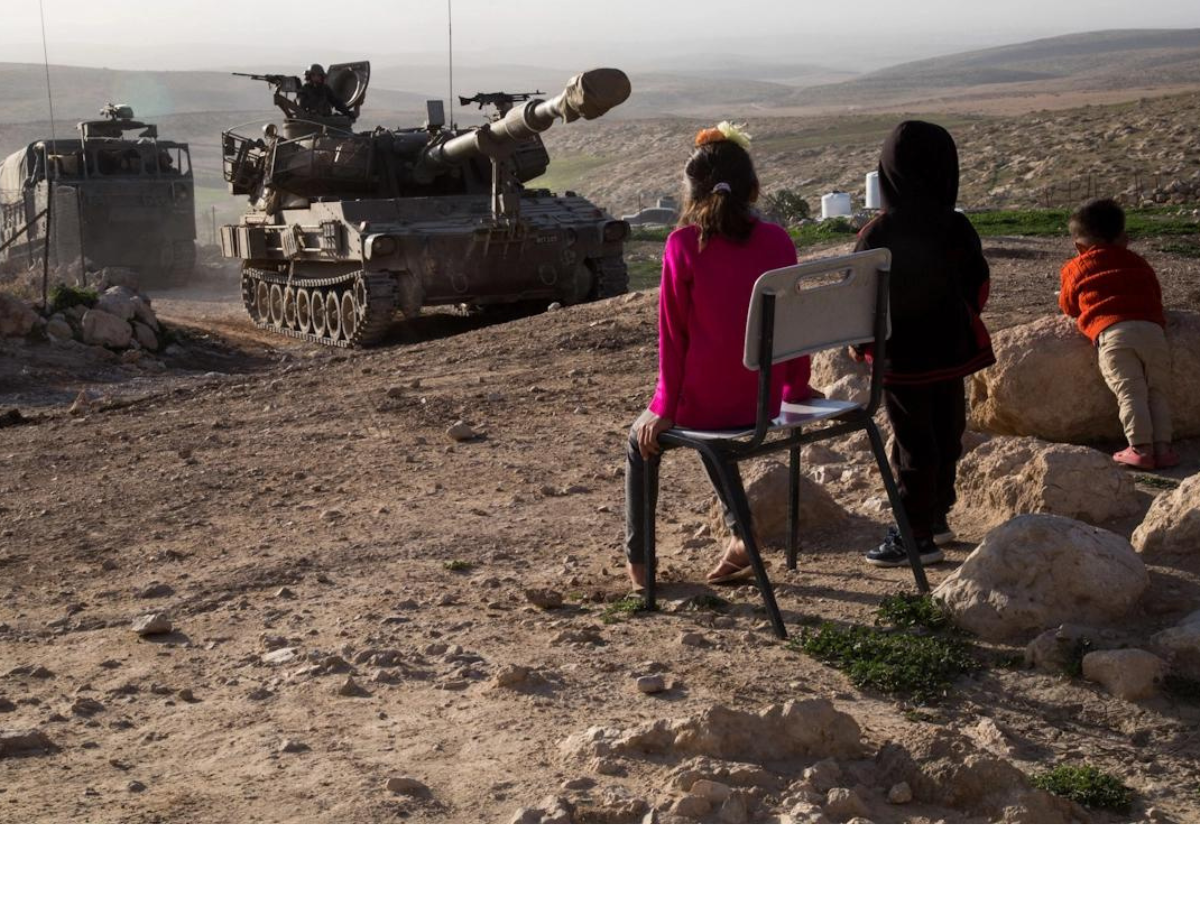 CJPME Factsheet No. 226, published June, 2022: This factsheet outlines Israel's plans for the mass expulsion of Palestinians living in Masafer Yatta. It explains Israel's use of firing zones to displace Palestinians, unpacks recent legal decisions, and asks whether expulsion would amount to a war crime and/or ethnic cleansing.

What is happening in Masafer Yatta?

In April 2022, the Israeli High Court ruled that Israel may expel over 1,000 Palestinians from 8 villages in Masafer Yatta, a region in the South Hebron Hills of the occupied West Bank. In the early 1980s, Israel declared this region a closed “firing zone” to remove Palestinians from the area. The latest decision marks the end of a 20-year legal battle by residents, who have been fighting to remain in their communities.

If Israel’s plans for expulsion are carried out, this would be the largest expulsion of Palestinians since the beginning of the occupation in 1967.[i]

What are firing zones?

Over 6,200 Palestinians from 38 communities still live in these firing zones.[iii] Many of these communities existed prior to the lands being declared as firing zones, and ever since they “have faced the demolition of their homes and sources of livelihood,” as building permits “are impossible to obtain.”[iv] The United Nations Office for the Coordination of Humanitarian Affairs (OCHA) describes these Israeli practices as creating a “coercive environment, placing the affected people at risk of forcible transfer.”[v]

Would expulsion amount to a war crime?

Yes. Under Article 49 of the Fourth Geneva Convention, the “forcible transfer” of protected persons from an occupied territory constitutes a breach of international law.[vi] United Nations human rights experts have warned that the residents of Masafer Yatta are at “immediate risk of forcible transfer,” and that their displacement “may amount to a war crime.”[vii]

What is the latest court decision?

The Israeli High Court’s latest decision falsely determined that the Palestinians in Masafer Yatta were not permanent residents of the area prior to the establishment of Firing Zone 918 in the 1980s, and that Israel could therefore legally deport them from the area.

This marks the end of over two decades of court proceedings following a 1999 order to deport around 700 Palestinians from the area. To enforce that order, Israeli forces carried out a mass expulsion by forcing residents onto trucks and removing them from their homes.[viii] Fortunately, community members were able to petition this decision, and in 2000 the courts placed an “interim injunction” on the expulsion, “permitting the villagers to return to their homes and cultivate their lands pending a ruling in the case,” but prohibited them from any new construction or expansion of their communities. [ix]

The April 2022 ruling puts an end to the injunction, paving the way for the expulsion of over 1000 Palestinians. As summarized by Israeli NGO B’Tselem, “in handing down this judgment, the court permitted the state to commit a war crime.”[x]

What is wrong with the court decision?

Israel’s decision is based on a flawed distinction which it makes between supposedly “permanent” and “nomadic” populations. Under its own military law, Israel is allowed to deport nomadic populations (i.e. Palestinians) but not permanent ones (i.e. Jewish Israeli settlers). However, this distinction is only relevant to Israeli military law, as forcible transfer is in fact prohibited by international law, regardless of the perceived residency status of the population.[xi] In its recent decision, Israel’s court absurdly ruled that Israel is not bound to follow international law – in effect, that Israel is above the law.[xii]

Nonetheless, the position of the Israeli government – that Palestinians were not residing in the area prior to the establishment of the firing zone – is also factually incorrect. The Association for Civil Liberties in Israel, who has filed petitions in support of the communities, has long refuted this claim, stating that Israel’s position “ignores clear historical documentation, including Defense Ministry publications, that shows generations-long Palestinian settlement in these villages.”[xiii] Historical records of Palestinian shepherds establishing villages in the area date back to the early 19th century.[xiv]

One example illustrates the absurd reasoning of Israel’s court. The judges heavily relied on a 1980s book from an Israeli anthropologist that described the Palestinians as living in “seasonal settlements,” which was interpreted by the state as proof that they were nomadic communities who didn’t live in permanent dwellings.[xv] However, the author of that book vehemently disagrees with the judges’ interpretation of it, insisting that residents “lived in them permanently or for extended periods.”[xvi] Nonetheless, the author was not allowed to correct the misinterpretation of his work nor present evidence that these settlements existed in the 1960s and 1970s.[xvii] As such, the court’s verdict is based on false evidence.

Does this amount to ethnic cleansing?

Palestinians refer to their forced expulsion as “ethnic cleansing.”[xviii] This is not hyperbole. Indeed, there is substantial evidence that Israel’s actions in Masafer Yatta are motivated by the goal to remove Palestinians from the area. Significantly, documents found in the Israel State Archives show that Masafer Yatta was originally designated a firing zone “for the sole purpose of removing its residents.”[xix] In meeting minutes from 1981, agriculture minister Ariel Sharon said he wanted to turn the area into a firing zone to counter the problem of the “spreading of the Arab villagers on the mountainside toward the desert,” and said that Israel has “an interest in expanding and enlarging the shooting zones there, in order to keep these areas, which are so vital, in our hands.”[xx]

The racist motivation behind the creation of the firing zones is underlined by the fact that Palestinians are the only ones threatened with expulsion, despite the fact that hundreds of Jewish Israeli settlers are living illegally in outposts within the same firing zone.[xxi] As the Haaretz editorial board put it: “In view of the selective expulsion based on nationality, it will no longer be possible to refute the argument that an apartheid regime has replaced the military occupation in the territories.”[xxii]

Worryingly, Israel’s supreme court decision sets a dangerous precedent that could lead to the displacement of thousands of Palestinians living in firing zones throughout the West Bank.

As this legal saga plays out, Palestinians living in Masafer Yatta have remained vulnerable to settler and state violence and have been unable to legally rebuild or expand their communities due to discriminatory permit systems. As soon as the latest court decision was announced, these already vulnerable Palestinian communities have faced a sharp increase in settler attacks and demolitions – all meant to drive them from the land.[xxiii]

Canada should condemn Israel’s plans to forcibly expel the residents of Masafer Yatta in the strongest terms and take action to protect Palestinians against these threats of ethnic cleansing. To this end, Canada should impose sanctions on Israeli officials and refer the matter of forcible transfer to the International Criminal Court.

[i] Bethan McKernan and Quique Kierszenbaum, “Israeli court paves way for eviction of 1,000 Palestinians from West Bank area,” The Guardian, May 5, 2022; “Explainer: The threat of mass expulsion in Masafer Yatta,” +972Magazine, March 14, 2022.

[vi] Article 49, Fourth Geneva Convention relative to the Protection of Civilian Persons in Time of War, August 12, 1949; International Committee of the Red Cross, “Practice Relating to Rule 129. The Act of Displacement.”