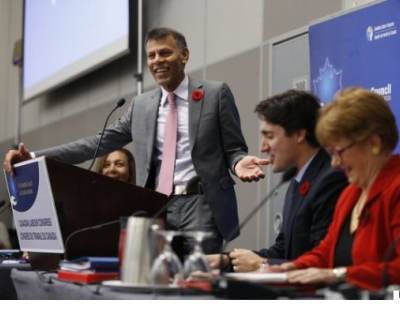 Montreal, October 5, 2017 — Canadians for Justice and Peace in the Middle East (CJPME) is thrilled to announce that the Canadian Labour Congress (CLC) has officially endorsed its Peace in Palestine campaign. The campaign is a strategy to get Canada’s parliamentarians to pass a motion calling for an end to Israel’s illegal “settlements” (a.k.a. colonies.)

The CLC is the largest labour organization in Canada, representing 3.3 million Canadian workers. The CLC’s endorsement of “Peace in Palesine” follows on more than 50 years whereby the CLC has supported policies and programs that seek to promote positive social change. CJPME President Thomas Woodley responded enthusiastically, “We are excited to see Canada’s largest labour organization boldly stand up for human rights at home and abroad.”  CJPME encourages other Canadian civil society organizations to stand up for social justice as the CLC has.

A core component of the Peace in Palestine campaign is a Parliamentary ePetition calling on the government to “demand that Israel immediately and completely cease all settlement activities in the occupied Palestinian territories.” The ePetition mirrors the wording of UN Security Council resolution 2334 (December 2016), and has the sponsorship of NDP Foreign Affairs Critic Helène Laverdière. CJPME has launched a four-month cross-Canada campaign promoting this Parliamentary petition and the follow-up Parliamentary motion CJPME hopes this campaign inspires.

Over 70 unions and organizations have already endorsed the Peace in Palestine campaign. Other organizations wishing to endorse the campaign may do so on-line.  Canadian individuals are also encouraged to sign the Parliamentary ePetition, thus demonstrating support for the “Peace in Palestine” campaign, respect for Palestinian human rights, and promoting peace between Israelis and Palestinians.