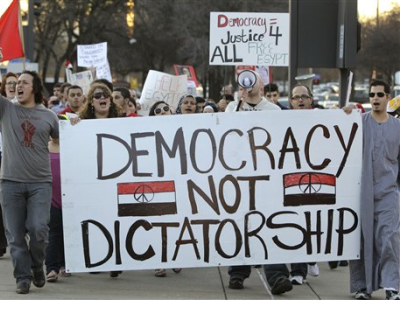 Montreal, January 27, 2014 — CJPME laments that three years after the massive protests that eventually toppled authoritarian president Hosni Mubarak began in Tahrir Square, democracy is still eluding Egyptians. According to a January 23 Amnesty International (AI) report, at least 1400 people had been killed in political violence since the military ousted elected president Mohammed Morsi July 3. AI says that Egypt has witnessed “state violence on an unprecedented scale over the last seven months.” In addition, on Saturday, January 25, 49 anti-government protesters were killed, and another 1079 were arrested, according to media reports.

CJPME Factsheet 180, published November, 2013: In the summer of 2013, the government of Mohamed Morsi was overthrown by the Egyptian Army.  This factsheet looks at the circumstances of the coup d'étât and the events leading up to it.