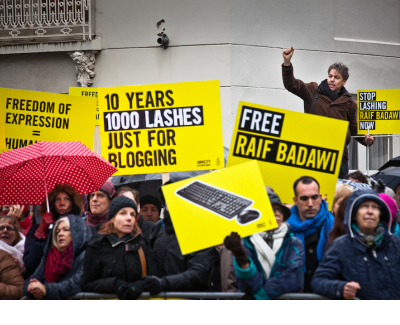 Montreal, January 21, 2015 – Canadians for Justice and Peace in the Middle East (CJPME) condemns the public flogging of Saudi blogger Raif Badawi. Badawi was convicted in a Saudi court of insulting Islam via his website Free Saudi Liberals. His sentencing includes 10 years in jail and 1000 lashes, followed by a 10-year travel ban, a ban on the use of media, and a fine of 1,000,000 riyals. Badawi’s conviction and sentencing have resulted in widespread international condemnation because 1) Badawi’s supposed crimes are so subjective, and 2) the use of flogging violates international law’s prohibition of torture and other cruel, inhuman, or degrading punishment.