The Political basics of Saudi Arabia

CJPME Factsheet 95, published August, 2010: This factsheet provides an overview of the political characteristics of Saudi Arabia, starting by looking at its type of government (a monarchy), how Islamic fundamentalism is manifested in the country, the role Saudi has played in the Israel-Palestine conflict, its attitude towards Iraq and Iran, and its relationship with the United States.

CJPME Factsheet 27, published May, 2007: At the conclusion of the Arab League summit in Riyadh at the end of March, 2007, Arab nations reaffirmed and relaunched their blueprint for peace with Israel.  Under Saudi Arabia’s leadership, the proposal (unchanged from the original 2002 Beirut Plan) directly addresses all the “final status” issues between Israel and Palestine, and has the backing of 21 of the 22 members of the Arab League.

The Saudi Peace Proposal: Seeking a change to the status quo 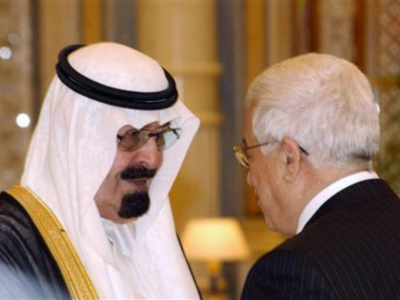 CJPME Analysis, published May, 2007: Under Saudi Arabia’s leadership, Arab nations relaunched their blueprint for peace with Israel at the conclusion of a March 28-29, 2007 summit in Riyadh. The Saudi (a.k.a. Arab or Riyadh) proposal, unchanged from the original 2002 Beirut plan, directly addresses the formidable final-status issues, and has the backing of all members of the Arab League except Libya. This document explains the terms, implications and repercussions of the Saudi peace initiative.