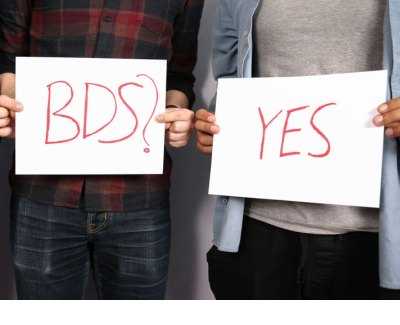 Montreal, March 17, 2017 — Canadians for Justice and Peace in the Middle East (CJPME) congratulates the students at King’s University College (KUC) in London, ON for their successful vote to boycott and divest from companies involved in the oppressive Israeli occupation of Palestinian territory.  While the vote passed with a 75 percent majority, the meeting failed to reach quorum, and the follow-up action on the vote is unclear.  At the meeting, 355 students voted yes to the question, “Do you as a King’s student support calling upon the KUCSC to lobby King’s administration to boycott and divest from any and all companies and products complicit with Israeli occupation based on principles of human rights, labour, environment, and anti-corruption and change the responsible investment policies to reflect these lobbying efforts?”

“It is admirable to see how the KUC students acted in a principled manner in supporting this resolution,” observed Thomas Woodley, President of CJPME.  CJPME points out that Israel seeks to be counted among the liberal Western democracies, but maintains oppressive and abusive policies which violate the human rights of Palestinians.  “Clearly, KUC students took the time to inform themselves on Israel’s ongoing violations of international law, and decided that they couldn’t allow their academic institution to be party to these violations,” asserted Woodley.

BDS calls for 1) and end to Israel’s military occupation of the West Bank, 2) equal rights for Palestinian citizens of Israel, and 3) the right of Palestinian refugees to return to their homes or receive compensation.  The BDS movement is non-violent, grounded in principles of international law, and condemns unjust behaviour. Neutral observers view the BDS movement as a legitimate means of protest and pressure in a democracy – being neither “anti-Israel” nor “anti-Semitic” – in response to a specific 2005 call from Palestinian civil society.  CJPME also points out that the goals of BDS actually align with Canada’s official foreign policy positions on Israel-Palestine.