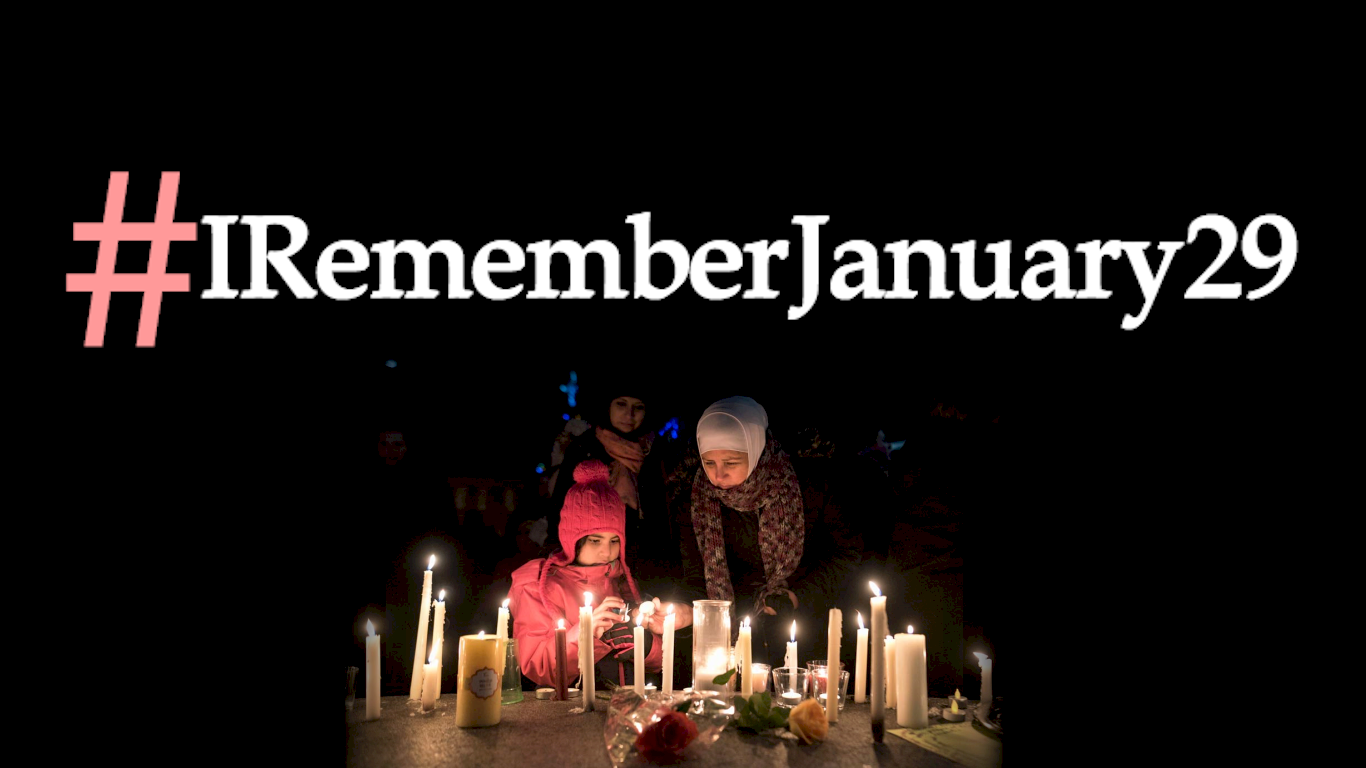 On Jan. 29, 2017, a lone gunman entered a mosque in Quebec City and opened fire on dozens of Muslim-Canadian worshipers.  By the time the shooting had ended, six had been tragically killed, and 19 more injured.

Join us in calling on the Canadian government to designate January 29 as a National Day of Remembrance and Action on Islamophobia.

It’s easy to sign & only takes 10 seconds! Let our government know that you oppose Islamophobia and all forms of religious discrimination.

One may think of this campaign as a petition, articulated as follows:

WHEREAS, 6 Muslim-Canadians were killed, and 19 wounded in the tragic Quebec City Mosque Massacre of January 29, 2017;

WHEREAS, the shooter in the attack pled guilty and admitted to having been influenced by far-right, white nationalist, and anti-Muslim influences;

WHEREAS, Canada’s Parliament voted in March, 2017 to condemn all forms of religious discrimination, including Islamophobia;

WHEREAS, Parliament’s Standing Committee on Canadian Heritage recommended that January 29th be designated as a “National Day of Remembrance and Action on Islamophobia and other forms of religious discrimination”;

THEREFORE, we, citizens and residents of Canada, call on the government of Canada to designate January 29th as a National Day of Remembrance and Action on Islamophobia and other forms of religious discrimination