See the photos: Canadians’ Emergency Aid to Gaza in May 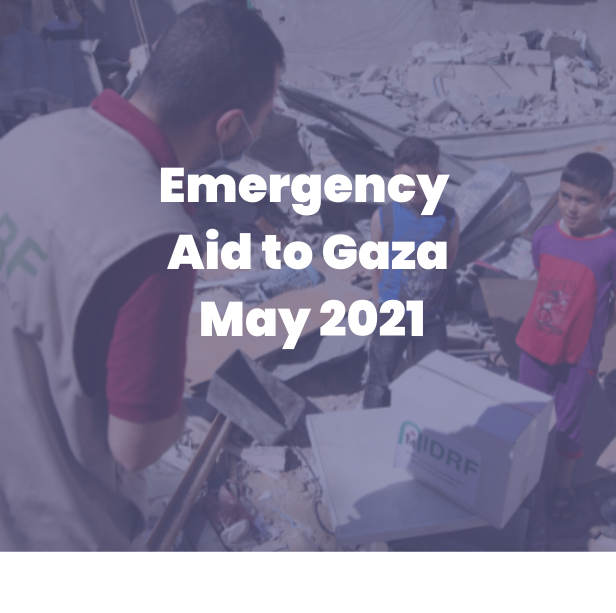 This past May, when Israel started bombing Gaza, many of CJPME’s supporters contributed generously to the Gaza Emergency Aid Campaign. The campaign, launched by the CJPME Foundation, ultimately sent an AMAZING $62,000 to provide emergency food, medical kits, and medical supplies to help the Palestinians weather Israel’s assault!

Today, we are thrilled to provide an update from the CJPME Foundation showing how this aid benefitted Palestinians. Deepest thanks to the hundreds of Canadians who donated to this campaign. Sincerest gratitude also to the International Development and Relief Foundation (IDRF), the Canadian charity with partners in Palestine which enabled the project on the ground. See the full 6-page project report here.

Through the project, 750 emergency food kits (helping 4500 people for one month) were provided to affected families in Gaza during and after the crisis. Here, Palestinian humanitarian workers sort the food, and then interact with children from two of the families receiving the aid.

One of the people helped through the aid was Ramez Al-Masri, a 54-year-old father of nine children from North Gaza. Al-Masri’s home had been demolished by Israel in 2014, and then again this past May. One of the recipients of the aid, Al-Masri said, “I live in an area in Gaza that is high in unemployment and poverty. We had the highest outbreak during COVID. I could not provide food for my family for the longest time.”

It is easy to feel hopeless when Israel’s overwhelming military force is used to punish Palestinian civilians. But when hundreds of Canadians give generously and compassionately, we manage in some small way to mitigate the impact of Israel’s aggression.

Through the project, 2850 Palestinians were helped with medical kits, medicines and/or medical consumables. Here, staff organize and then distribute medical kits to hospitalized Palestinians.

The medical supplies provided through the project were also in great demand. First aid worker Ali Hajjaj drove an ambulance during Israel’s bombardments of Gaza in May. The 38-year-old father of five also worked as part of a team that rescued people trapped in collapsed buildings. “As a first responder, all I could do was transport the people we rescued to hospitals.” He sometimes wondered how hospitals were coping, “I don’t think I would have been mentally strong enough to know that the children I saved might die due to the lack of medicines.”

CJPME applauds all the donors who gave generously to make this project a reality. For donors wondering when they will receive their charitable tax receipts, the CJPME Foundation will be sending them in February, 2022.

Early this year – well prior to Israel’s assault on Gaza – the CJPME Foundation and the PSAC Social Justice Fund launched the “Help Gaza Breathe” campaign. The plan was to provide eastern Gaza new oxygen generating equipment, along with storage tanks, and a filling unit. Since the onslaught of COVID and increased hospitalizations, Gaza health care facilities had suffered from a chronic shortage of medical oxygen.

The initiative aimed to raise $50,000 for the project, which would be supplemented by monies from other donors to complete the equipment purchase. However, to our great delight, by the time fundraising had finished, Canadians had given a total of $157,000 to the project! This effectively allowed us and our aid partners to double the initial project vision!

Israel’s bombardment of Gaza in May put the project on hold for a few months, but the money has now been transferred, and the project is currently under way. Due to the delay and changing priorities, the Ministry of Health asked that the project be moved from eastern Gaza to Al-Shifa hospital in Gaza City.

As the project advances, the CJPME Foundation and its partners look forward to providing photos and updates.

Why we do what we do

CJPME exists to change the discussion around Israel-Palestine. We are not naïve: Gazans go through this terrible suffering not because of natural disasters, but because of an international political context which allows Israel to continuously intimidate, assault and dispossess the Palestinians. Every day, the CJPME team tries to educate and influence politicians, media and the general public on Palestinian human rights. We are thankful to our many supporters – especially our monthly donors – who make our work possible.

But we cannot be insensitive to the real humanitarian suffering felt by millions of Palestinians. Thanks to everyone who joined with the CJPME Foundation to show the Palestinians of Gaza that they are not alone, and that despite the indifference of our government, Canadians will extend a helping hand!