Could Canada punish Israel the way it is punishing Russia? 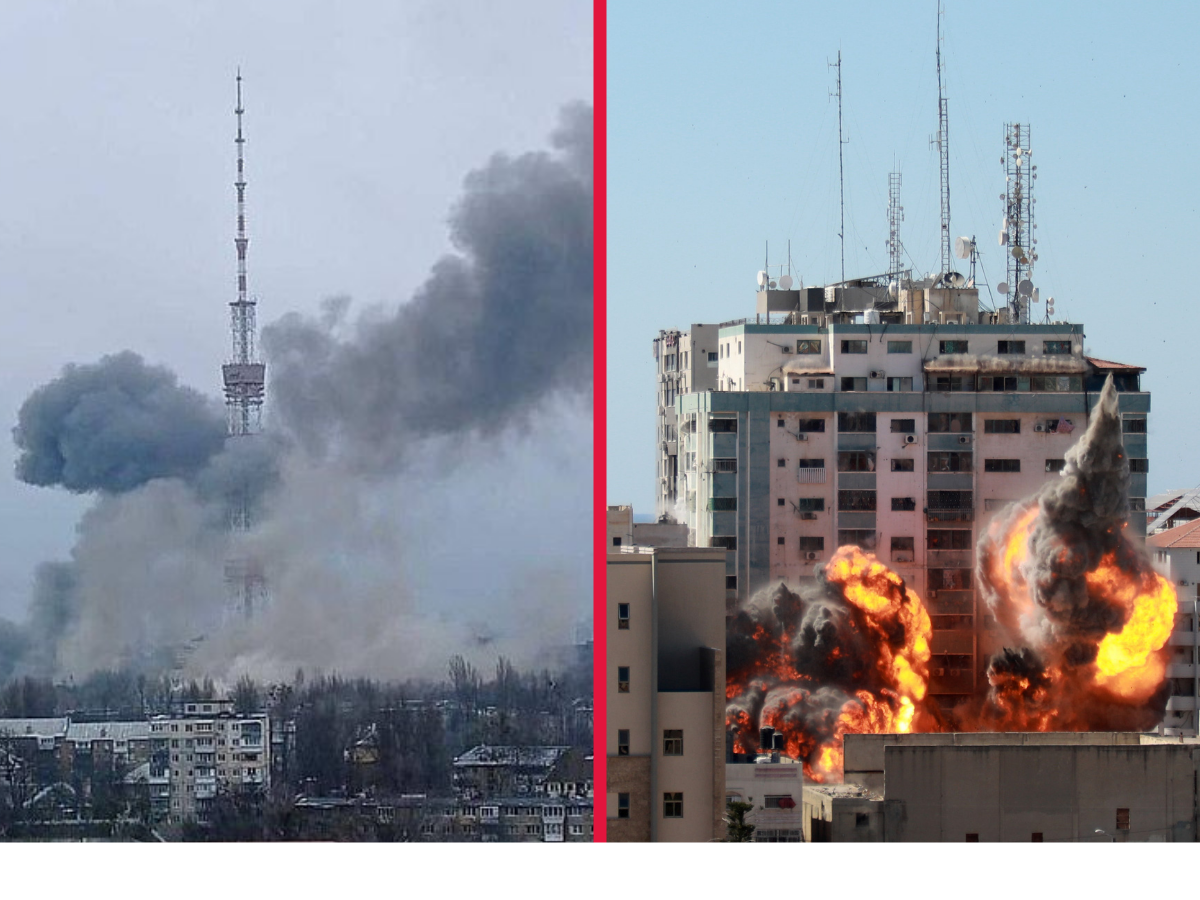 Over the past three weeks, CJPME has witnessed Canada’s prompt and forceful response to Russia’s invasion of Ukraine, clearly demonstrating its opposition through both words and actions.

Canada's willingness to take these steps against Russia within days, and its refusal to take such steps against Israel after decades, is hypocritical. At the same time, this jarring contrast provides an opportunity for us to force a rethink and push politicians to be more consistent in their foreign policy.

CJPME has been talking to politicians and others about this double-standard, and we summarize our key points below. Please consider using these points as you discuss with your friends, family and colleagues:

A. If Canada can target Russian officials for sanctions, it can also sanction Israeli officials

Just days after the Russian invasion, Canada imposed targeted sanctions against Russian officials (including asset freezes and prohibiting dealings), but has never taken any action against Israeli officials. As recommended by Amnesty International and others, Canada must now consider targeted sanctions on Israeli officials deemed responsible for acts of military aggression, violence against civilians, and violations of international law.

Again, just days after the invasion, Canada imposed significant sanctions on Russia, targeting both the country itself and specific Russian-occupied or annexed territories. In contrast, Canada has implemented free trade with Israel, including its illegal Israeli settlements in occupied Palestinian territory. Canada must pressure Israel economically, starting with a strict boycott of trade with illegal Israeli settlements.

C. If Canada can call for the International Criminal Court (ICC) to investigate Russia, it should support the existing ICC investigation of Israel

A week after Russia's invasion of Ukraine, Canada referred the situation in Ukraine to the ICC, asking for an investigation into alleged Russian war crimes and crimes against humanity. In contrast, for years Canada has opposed an ongoing ICC investigation into Israeli violations of international law in Palestine. Fortunately, the ICC ignored Canada's pressure and launched its investigation of Israel in 2021.

On March 2, in a vote of 141-5, Canada voted with the overwhelming majority at the United Nations to condemn Russian aggression in Ukraine. Just last fall, on almost all resolutions condemning Israel, Canada was on the losing end of hugely lopsided votes. For example, in a UN vote to condemn illegal Israeli settlements, Canada sided with Israel on the losing side of a 142-7 vote.

Mere hours after Russia invaded Ukraine, Russian products were ordered removed from liquor store shelves by provincial governments across the country. But despite its human rights violations, you can still find Israeli products – including wine products from illegal Israeli settlements – in Canadian stores. The Canadian government even fought against a legal case challenging the sale of illegal "settlement wines" as made-in-Israel products.

Canada supported the March 4 decision of the United Nations Human Rights Council (UNHRC) to establish a Commission of Inquiry to investigate Russian human rights violations in Ukraine. However, not long ago, Canada expressed "significant concerns" with the UNHRC’s recent Commission of Inquiry into rights violations in the Palestinian territories and Israel.

G. If Canada supports Ukraine’s plan to take Russia to the International Court of Justice (ICJ), it should stand up for Palestine's ICJ case against Israel

Canada supported Ukraine’s application to the International Court of Justice (ICJ), which just ruled against Russia over its justifications for invasion. But Canada has never spoken up for the ICJ's 2004 decision asserting the illegality of Israel's wall. In fact, it abstained on a UN General Assembly vote which passed 150-6.

Listen to episodes of the CJPME Debrief Podcast which explore the double standards in the government and media responses to Ukraine and Palestine. You can find the CJPME Debrief on your favourite podcast platform, or via these links:

The points earlier in this email are taken from a recently-published CJPME position paper on the contrast in Canada's response to Russia-Ukraine vs. Israel-Palestine. See the detailed document here: “Consistent Application of Measures to Uphold International Law – Israel and Russia.”

Finally, CJPME’s Michael Bueckert spoke to CTV Montreal about the lessons that the cultural boycott campaign against Russia can learn from the BDS movement against Israel. Read it here.

Help us spread the word

As a very small team, we depend on the support of private individuals like yourself to be able to continue our work. Could you make a donation? A monthly donation makes a huge long-term difference; but any contribution does wonders. You can donate online, call at 438-380-5410, or print and send the form here.