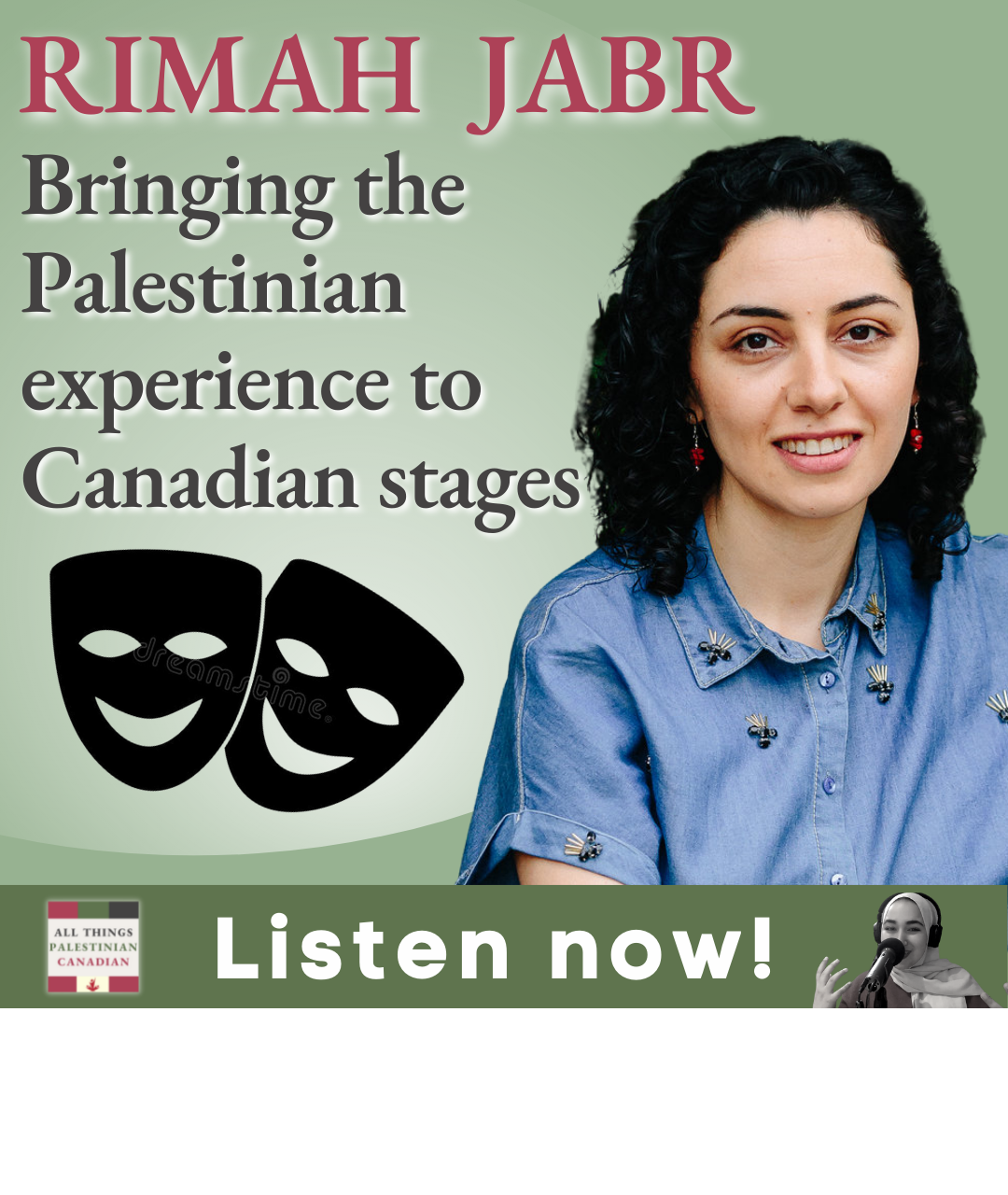 In this episode, we’re joined by Rimah Jabr, a Palestinian play wright and theatre director based in Toronto who is currently pursuing her PhD in Theatre and Performance Studies at York University.  Rimah’s career arc is far from ordinary: after studying and working in accounting for several years, Rimah finally had her breakout opportunity at age 30, and found herself at Belgium’s Royal Institute for Theatre, Cinema & Sound.  There, while she earned her Masters degree, she wrote and directed a number of plays.  With her late start, Rimah is making up for lost time with an ambitious vision which includes her most recent co-production, “Broken Shapes,” with visual Artist Dareen Abbas, which premiered earlier this month and runs through Dec. 4th at The Theatre Centre in Toronto!