Accomplishments of first half of 2016 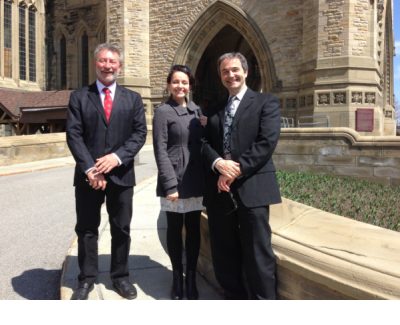 CJPME has had a stellar start to 2016, with some amazing accomplishments so far. Since we’re almost halfway through 2016, we wanted to give you an overview of our successes so far. Please take a look at the summary of our activities below.

Unable to stand by idly as the Syrian civil war grinds on, CJPME raised funds and began co-sponsoring Syrian refugees to come to Canada. Seven families have been approved so far in 2016, and CJPME eagerly anticipates the arrival of these families. Dozens of Canadians joined in with CJPME’s efforts, and contributed to CJPME’s Syrian Refugee Fund. Click here for more info.

CJPME has also been meeting with politicians to positively influence Canadian policy on Syrian refugees. We've appealed to dozens of MPs for greater numbers of Syrian refugees, and greater government funding for sponsorships.

CJPME’s BDS Sticky Note campaign has been extremely successful. CJPME has distributed 1200 BDS Sticky Note pads, and has had Canadians from across the country participating.

After several months of development, CJPME launched its new “Media Centre” platform earlier this month. The platform allows for the collection of “problem” media articles. It also allows for the issuing of “media alerts” to push mainstream media to provide better coverage in the Middle East, especially Israel-Palestine. Just last week, a strong response through our Media Centre pushed the CBC to strengthen its coverage of the attack in Tel Aviv. If you want to be involved, sign up to be a “Media Responder” here.

In response to Parliament’s offensive and ridiculous “condemnation” of BDS activists, CJPME launched its “BDS Sticky Notes” in late February. To date, CJPME has given away over 1000 sticky note pads to Canadians across the country, and Canadians have been active. From St. John’s New Foundland, to Vancouver Island, Canadians have been putting our BDS Sticky Notes on Israeli-sourced products across the country. CJPME’s campaign got international coverage, and pro-Israel groups seeking to counter the success of the campaign. Sign up here to get your free pad of BDS Sticky Notes if you haven’t already received one.

CJPME successfully co-sponsored seven Syrian refugee families since the beginning of the year, and is now waiting for the families to arrive. Click here to donate or get involved.

CJPME was busy this past Winter and Spring countering BDS legislation in Canada.

CJPME launched a successful campaign supporting the reinstatement of Canadian funding for UNRWA, the UN agency for Palestinian refugees. Through this campaign, thousands of Canadians emailed the Minister of International Development and their own MPs. In addition, CJPME sponsored a letter signed by over twenty Canadian organizations – including some of Quebec’s biggest unions – supporting Palestinian refugees.

CJPME was one of several Canadian groups which got excellent media attention for questioning the Trudeau government’s decision to go ahead with the $15 billion Saudi arms contract for Light Armoured Vehicles. CJPME signed a joint letter with Amnesty International and other organizations calling the government to rethink its actions. CJPME also met with dozens of MPs challenging this decision, and admonishing the government for delaying signing the Arms Trade Treaty.

CJPME has issued PRs and Position Papers on key issues since the beginning of the year. Some of the highlights are below:

Since the beginning of the year, CJPME has published timely factsheets for Canadian audiences.