CJPME Analysis, published June, 2007: This document portrays the forty years of Israeli occupation of Palestinian territories and explains Ottawa’s part in the process. The analysis also provides few recommendations for Canada’s role in the Israeli-Palestinian conflict. 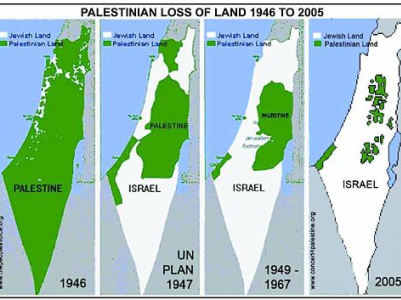 Forty years ago, the Middle East was convulsed by a six-day battle that altered its political landscape and whose tremors continue to shake the region and beyond. While the 1967 war saw Israel’s territory expand, Palestinians fell under a military occupation whose end is nowhere in sight and that continues to fuel strife and extremism.

Ottawa’s diplomatic involvement in the area began with the creation of Israel, when under-secretary of state Lester B. Pearson admitted becoming “emotionally involved in a very special way because we were dealing with the Holy Land.” Today, Canadian official policy is grounded in the 1967 UN resolution 242, which calls for Israel’s withdrawal from the conquered territories in return for peace with its Arab neighbours.

A rare window of opportunity has opened that may finally herald Arab-Israeli reconciliation based on this international consensus. First advanced in 2002 and reiterated this year, the Saudi peace plan essentially affirms resolution 242 and was accepted by the entire Arab world. Earlier proposals at Camp David in 2000 were hailed as “historic” but doomed to failure because Palestinians were offered what one Israeli commentator aptly described as “truncated enclaves of humiliatingly circumscribed independence.” The current initiative differs in that it not only grants Palestinians what they already accepted, but offers Israel what it always wanted, full and complete normalization with its Arab neighbours.

If peace appears somewhat idealistic, it is only because decades of horrific violence created the perception that this conflict dates to time immemorial. But Arabs and Jews co-existed for over a thousand years before the creation of Israel. While medieval Christendom unleashed waves of anti-Jewish pogroms across Europe, Muslim tolerance in Moorish Spain enabled the ushering of Judaism’s famed “Golden Age”. When “No dogs or Jews” placards littered the eastern townships of Quebec at the turn of the last century, Jewish communities lived peacefully alongside their Arab brethren throughout the Middle East.

The seeds of hatred were only sown in the 1880s when European anti-Semitism gave rise to a Zionist movement that sought to recreate a Jewish homeland in an already populated Palestine. The proposed implantation of a foreign colony with ambitious territorial designs led to Arab rejection of the 1947 UN Partition Plan that carved a Jewish state out of Palestine.

Impossible to miss was the breathless hypocrisy of Western nations – Canada included - that had closed their borders to Jewish refugees fleeing the Third Reich but were now magnanimously voting to dismember Palestine for a Jewish homeland.

Today, the injustice by the 40 year old occupation regime against ordinary Palestinians in the West Bank and Gaza borders on the grotesque. Native-born Palestinian farmers are unable to feed their families because Israeli authorities prohibit them from digging new wells to irrigate their fields, while almost within sight newly-arrived Israeli illegal colonists from Brooklyn and Toronto splash about in swimming pools. Israel’s human rights group B’tselem routinely documents systematic torture of Palestinians, while a May 2007 World Bank report concluded that the movement restrictions crippling Palestinian society served less Israeli security and more to “expand and protect settlement activity.”

The blame game routinely used by Israel’s apologists is by now as familiar as it is futile. Whether the conflict was initiated by Arabs bent on Israel’s destruction or by Zionism’s colonization project can be debated endlessly. Far more constructive – and urgent – is to advance concrete solutions to end the bloodshed.

Canada must act with principled fairness. If it demands that Palestinians “renounce violence, recognize Israel and respect past agreements,” then it cannot remain silent while Israel kidnaps elected Palestinian parliamentarians, aborts a viable Palestinian state through illegal settlements and confiscates Palestinian tax revenues in contravention of signed agreements.

Ottawa needs to end its economic boycott that is only increasing Palestinian misery and it must vigorously promote the current peace plan, as Norway is doing. Lobby groups will protest but Canadians will applaud. Unless these minimal and basic steps are taken, the carnage that regularly desecrates the Holy Land is as predictable as this evening’s setting sun.