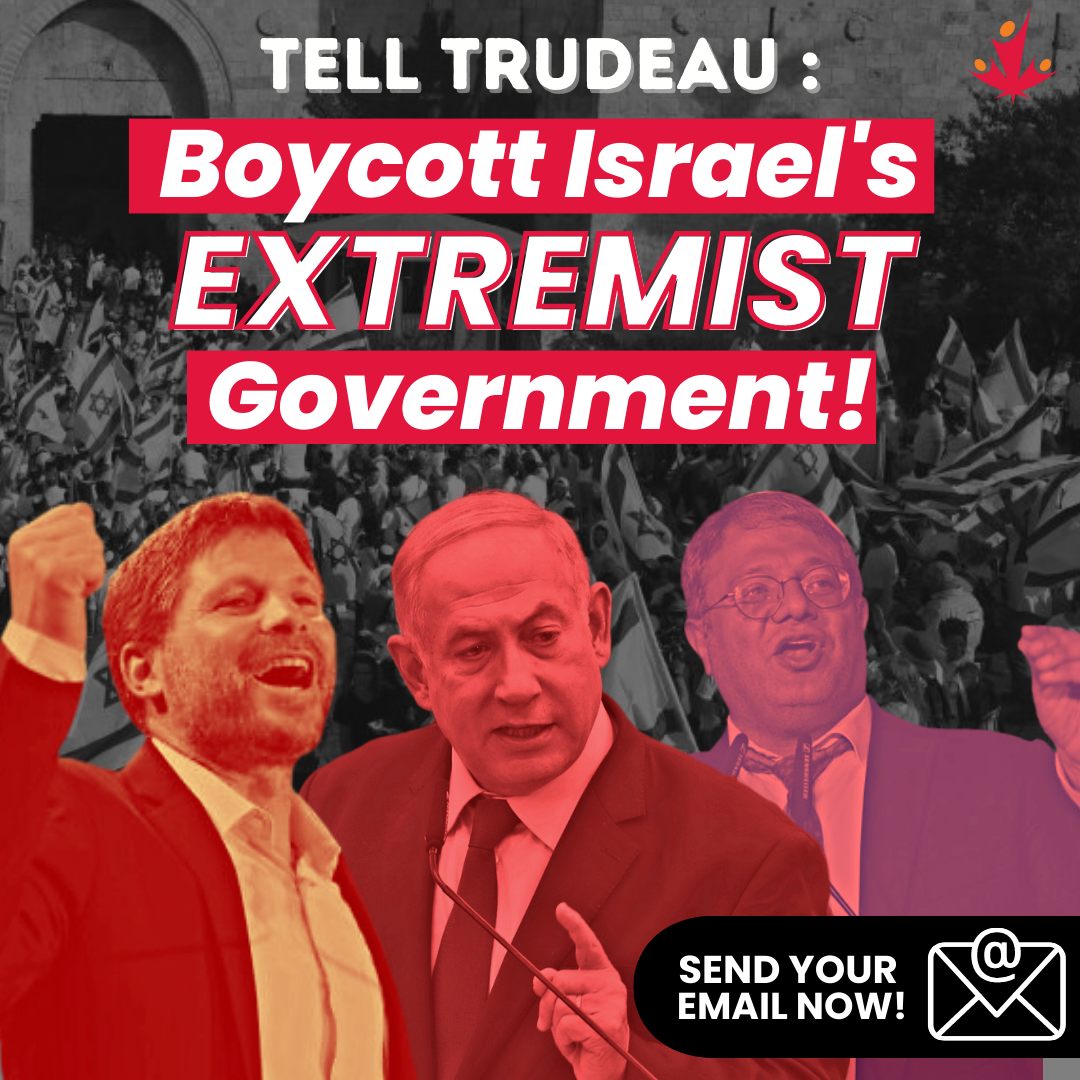 Israel has just ushered in the most far-right government in its history. This new government and its extremist figures pose a real and immediate threat to the safety and security of Palestinians on both sides of the Green Line. And yet, we were outraged to see the Canadian government congratulate Israel’s new far-right regime, without any mention of its extremism or its alarming plans to illegally annex the occupied West Bank.

Use the fields below to send an email to the Prime Minister, your local MP, and other federal political leaders. Canada must boycott Israel’s far-right government to send a clear message that it doesn’t hold “shared values” with apartheid!