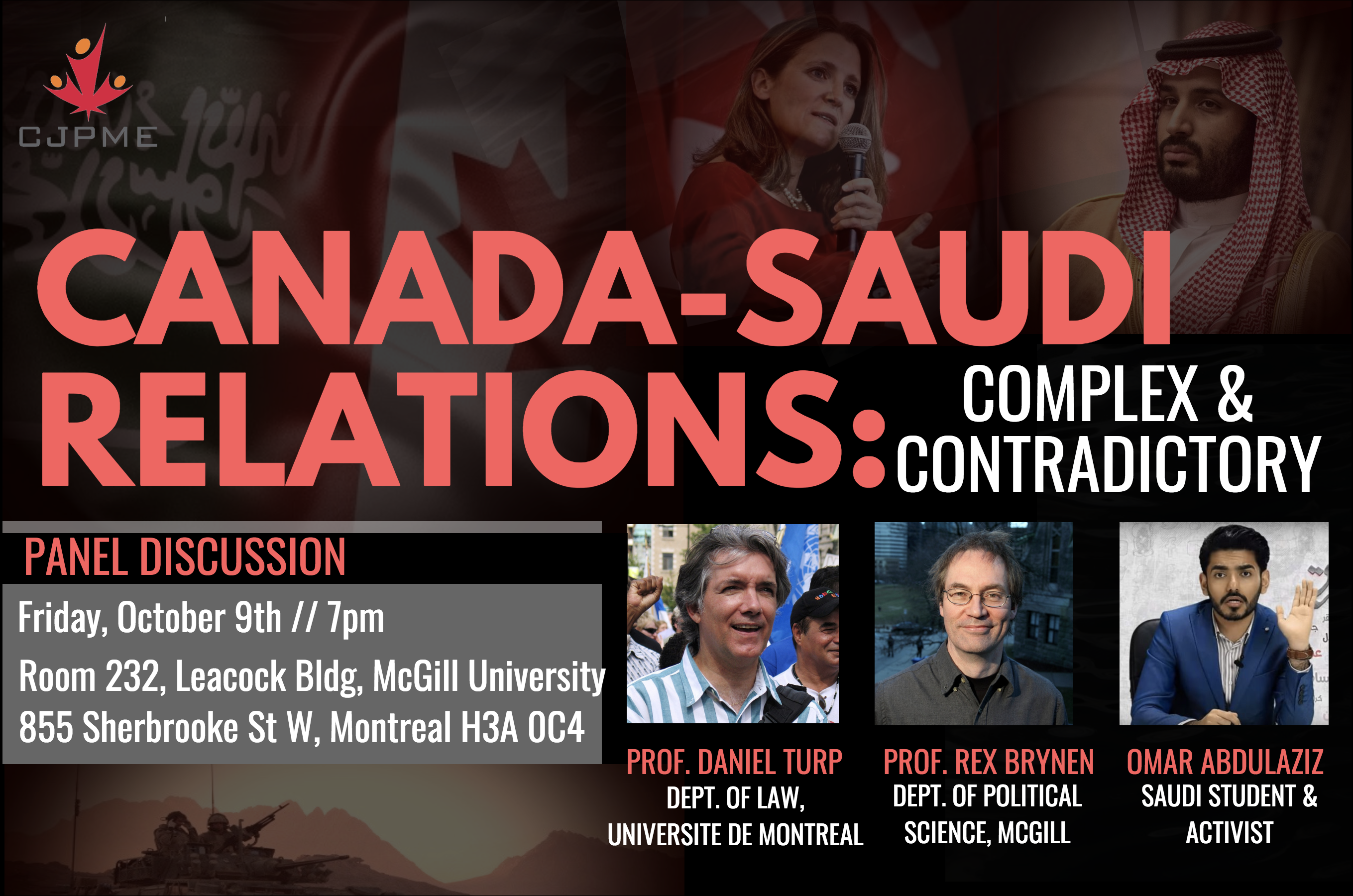 Please join CJPME for a panel discussion on the complex and contradictory aspects of Canada-Saudi relations. The panelists will explore the current state of relations between Canada and Saudi Arabia following the diplomatic spat that ensued over the summer. The discussion will be followed by a Question & Answer Period with the audience. So come prepared, ready to ask your questions!

Prof. Brynen is professor of political science at McGill University, specializing in Middle East politics. He is author, co-author, or editor of eleven books on various aspects of politics, development, and security in the contemporary Middle East. In addition to his academic work, he has served as a member of the policy staff of the Canadian Department of Foreign Affairs, an intelligence analyst for the Privy Council (cabinet) Office, and as a consultant to various governments, UN agencies, and the World Bank.

Abdulaziz is a Saudi student and activist residing in Quebec. Since receiving asylum by Canada in 2014, Abdulaziz has repeatedly criticized Saudi human rights abuses, the policies of the ruling family, and Saudi war crimes in Yemen. From his exile in Canada, Abdulaziz runs a satirical YouTube show in which he criticises MBS and his circle, including the religious figures loyal to him.