Saudi Arabia, the Swedish example, and what Canada could learn

CJPME Political Blog, April 2, 2015: Earlier this month, Swedish Foreign Minister Margot Wallström had planned to deliver a speech on democracy and women’s rights at an Arab League conference in Cairo. Though it appears that her remarks were intended to be quite general in nature, she had planned to condemn the public flogging of Saudi blogger Raif Badawi, which has made headlines in recent months. However, Wallström’s speech was quickly and effectively blocked by the delegation from Saudi Arabia who felt that the speech was “incompatible with the fact that the constitution of the kingdom of Saudi Arabia is based on Sharia [law].”

What followed was a series of political and diplomatic retaliations by both governments, which included the dissolution of a trade agreement between Sweden in Saudi Arabia. The memorandum of understanding (MOU) between the two countries has existed since 2005 and secures cooperation in issues of intelligence, security, and the trade of Swedish-manufactured weapons.[i] The agreement was up for renewal this May, but has since been abandoned by the Swedish government. 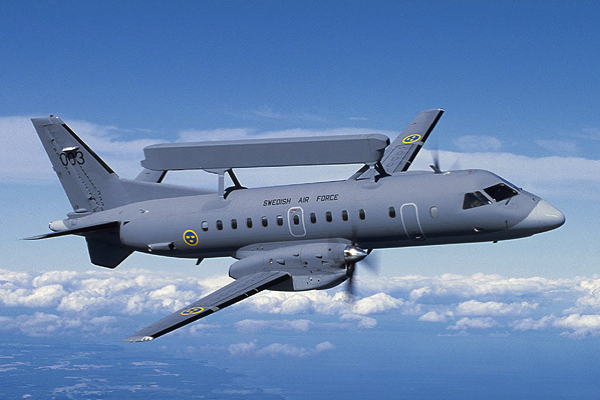 While the whole debacle has created a number of diplomatic issues, including Saudi Arabia recalling its ambassador to Sweden, many are lauding Ms. Wallström’s commitment to international human rights. Western governments frequently condemn Saudi Arabia for its abuses of human rights and its oppression of political dissidents, but many continue to trade with the country regardless. Canada’s Harper government signed a record-breaking $15-billion arms deal in 2014 with the controversial state despite public opposition to many of its policies.[ii]

It seems that most Western states – Canada included – want to eat their cake, and have it too.  In the case of Raif Badawi, multiple protests were staged throughout Canada to condemn the Saudi government’s use of corporal punishment. John Baird, Canada’s Foreign Affairs Minister at the time, also denounced Mr. Badawi’s sentencing, calling it “a violation of human dignity and freedom of expression.”[iii] Yet despite the fact that Badawi’s wife and family were living in Quebec, the Harper government took no official actions to pressure the Saudi government into freeing him.

In fact, the parallel between Canada and Sweden is striking in this case. While the Swedish government opted to sacrifice their arms deal in support of their country’s principles, the Canadian government did not. The $15-billion contract came under fire by both analysts and opposition members who argued that Canada shouldn’t be shipping massive arms quantities to a country that routinely engages in human rights abuses. Nonetheless, the Harper government refused to re-open the trade agreement, choosing to prioritize its arms exports above its dedication to human rights and basic freedoms.[iv]

Sure, economically, the Stephen Harper and the Conservatives chose the most profitable option. But where does that leave Canada? Are we now the kind of country that turns a blind eye to injustice if the pay-off is big enough? If the last few months are any indication, Canada could stand to learn a thing or two from Sweden.

First, our government should start putting up a fight when it comes to our commitment to human rights. And second, that commitment shouldn’t come with a price tag.