When a Leader’s Persona and Person Align

CJPME Leadership Blog, April 6, 2015: With any well-known personality, I suppose it would be easy to confuse the celebrated public persona with the actual person.  But having recently wrapped up a 10-day cross-Canada trip with Gideon Levy, it is heartening to see that the impressive persona and the real person actually align. 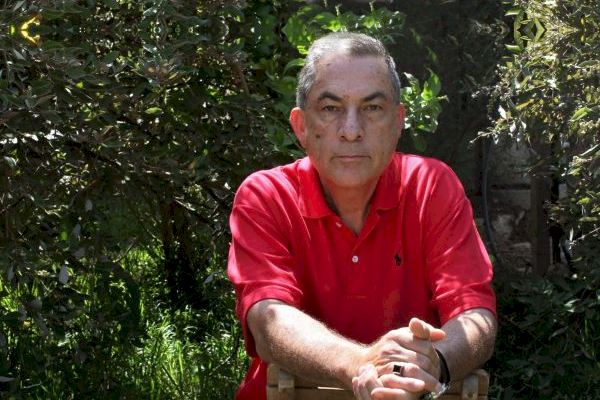 Over the past six years, CJPME has hosted quite a number of respected thinkers with important things to say about justice in the Middle East: Robert Fisk, John Mearsheimer, Tarek Ramadan, Amira Hass, Mustapha Barghouti, and others.  At a personal level, the relationship we develop with each is unique.  Various words come to mind when thinking over our various experiences. “Professional” describes our relationship with some; “warm and friendly” describes our relationship with others.  “Passionate” describes our impression of quite a number; while “aloof” captures our impression of a few others.

With several, however, it is wonderful to wrap up a visit understanding that the individual that we know through his or her writing is very much the same individual we get to know personally.

As I say this, I can certainly understand that for some individuals, it is quite natural for the writing to take on a character which is distinct from the author.  Some of our guests write about the sweep of history or politics though the Middle East, making it very difficult to map such breadth onto a single simple individual.  In fact, I suspect that a segregation between the writings and the author him/herself is actually necessary sometimes: enabling the reader to see beyond a single episode or impression in the author’s experience.

Yet happily, with guests like Gideon Levy, one is reminded how personal and grounded certain Middle East voices can be.  Over the course of ten days, spending personal time with dozens of our volunteers, across eight different Canadian cities, Levy quickly became a friend to many.  With his easygoing and self-effacing ways, Levy instantaneously put people at east.  With his gentle questions, and keen insight, people knew that he was genuinely interested in their lives and opinions.

Reflecting on Levy’s writings, however, I should not have been surprised.  So many of Levy’s stories explore the lives of individual Palestinian men, women, and families, as they seek to navigate unthinkable tragedies.  And while the injustices facing these individuals are intensely upsetting, Levy’s writing maintains a very personal focus.  The personal reaction to these tragedies stays in the foreground; the pain and anguish form the background.

It would be easy to trivialize the masterwork of Levy’s writing.  That is, until you realize the price he has paid for it.  During his talks in Canada, he talked frequently about the need to have bodyguards during several months in 2014.  Late in 2014, Levy was arrested and detained by Israeli security forces. [3]  Levy regularly faces hateful comments, curses and even assault in his neighbourhood in his native Tel Aviv.  Standing up for the humanity of Palestinians is a great way to gain enemies in Israel.  It’s not for the faint of heart.

When Levy comes to Canada, he sees exactly what he sees when he visits the West Bank or Gaza: humans.  Humans living their lives, facing their struggles, nurturing their hopes and dreams.  Of course, he has a special gift with it.  In a follow-up article to his visit in Canada, he mentioned a few Canadians who had stood out to him: Firas Arafat, a Palestinian-Canadian who has been prevented from visiting his father in Gaza for 11 years.  The Palestinian-Canadian father in Calgary who is concerned about the safety of his daughter who wants to visit her father’s village in the West Bank. [4] This should come as no surprise – Gideon Levy is the “real thing,” someone who will find fragile and unique human beings wherever he may go.

While there are many ways to have a positive impact for Palestinians in the Middle East, focusing attention on our shared humanity will always be one of the most effective.  Gideon Levy captures this humanity authentically, with true concern for the individuals involved.  In this way, his writing, his life, and his attitude toward his fellow human beings is only the more impressive.