World Vision and Israel: Everything You Need to Know About the Occupation

The media rollout on August 4th was flawless, and the news story was indeed sensational.  Israel claimed that millions of dollars of World Vision aid money in Gaza had been diverted to Hamas.  The supposed culprit was Mohammad El Halabi, Manager of World Vision’s Gaza operations.  All the major newswires carried the story, and Canadian media – including the National Post, Global News, and CTV News – joined the media wolf pack. 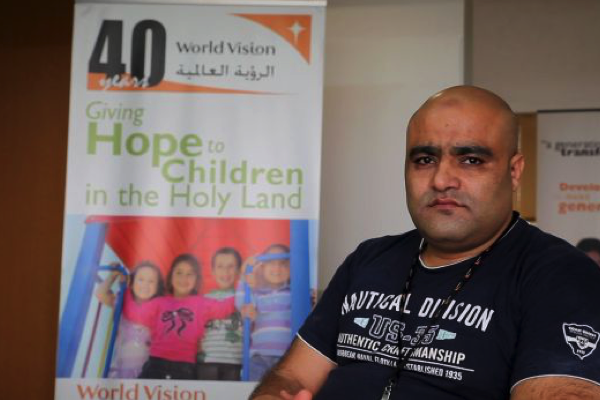 As Israel’s Ynet News reported the next day, the Israeli Foreign Ministry had left nothing to chance.  Israeli embassies around the world were told to push the story hard to international media, opinion makers and senior officials.  “Religious groups” which were likely to support World Vision were to be specifically targeted in this campaign.  To facilitate the task, government ministries had prepared slick infographics, and a video about the story with ominous music.

A World Vision donor myself, the story came up in my online feeds, and in conversation with friends.  Even my brother in Chicago asked me if I had any insight on the allegations.  Testament to the effectiveness of Israel’s media campaign.

Within a few days, however, inconsistencies in Israel’s story began to emerge.  The sum alleged to have been siphoned off by El Halabi over seven years – $50 million – was more than twice the total budget of World Vision in Gaza during the same period.  Moreover, during five of the seven years, El Halabi had been in a lesser position which had signing authority of only $15,000.

Other unsettling details also soon emerged.  World Vision executive Tim Costello revealed that El Halabi had been in detention for three weeks without being able to consult a lawyer, and 50 days without seeing family or a World Vision rep.  El Halabi had been arrested on June 15, and had only been charged on August 4, which is the first time World Vision learned of the specific charges against him.

Israel claimed El Halabi had confessed during detention.  But after the public announcement of charges, El Halabi denied both the “confession” and the allegations through his lawyer, Mohammad Mahmoud.  Mahmoud also disclosed that El Halabi had been beaten repeatedly while in Israeli custody.

This is an occupation.  It is ugly.  Suspects are questioned for weeks without a lawyer, and detained for months without charge.  Confessions obtained through torture are fair game.  Suspects are condemned publicly before trial.  And suspects are inevitably guilty: El Halabi will be tried before an Israeli military court where 99.74 percent of trials lead to convictions.

A senior British NGO official familiar with Gaza asserted, “This is about Israel trying to put international NGOs, who are increasingly critical of Israeli policies, in their place.”  The feedback was similar in diplomatic circles.  Western officials pointed out that, on this matter, Israel seemed more interested in creating a “public diplomacy buzz” than in resolving the issue with World Vision.

It may be that El Halabi has committed misdeeds – time will tell – but why should that derail all of World Vision’s operations in Gaza?  Before the end of August, World Vision had been forced to lay off all 120 staff in Gaza after the organization’s bank accounts in Jerusalem had been frozen by Israel. The organization was simply no longer able to transfer money to Gaza.

This is an occupation, and not even humanitarian organizations are protected.

World Vision stresses that it uses the highest possible standards of accountability, and has no reason to suspect El Halabi of wrongdoing.  The organization performs international background checks on its employees, and has PricewaterhouseCoopers audit its Gaza operations annually.

So it’s not clear why Israel froze World Vision’s accounts based on shaky allegations against a single employee.  The end result, however, is that 120 Gaza families lose a breadwinner, and 40,000 children supported by World Vision in Gaza lose their development programs.

When I heard of the shutdown of World Vision’s operations in Gaza, I became concerned about a Palestinian girl that my wife and I have sponsored through World Vision for over 10 years.

I didn’t share her confidence.  Didn’t she realize that Israel could just as easily detain a Nablus employee, torture him, allege misdeeds, and shut down World Vision Canada’s work with Palestinians?

A military occupation is callous and cruel, and even before his brutal detention, Mr. El Halabi probably understood that better than anyone.  He is profiled in a number of World Vision on-line features, including one entitled, “When tragedy strikes your own.”

In it, he describes how he lost 8 members of his extended family during Israeli airstrikes on Gaza two years ago:

“Every hour and every day, we see scenes of murdered children predominantly displayed on all of our television channels. I am sure it is hard for most people in the world to imagine the status of their bodies and their innocent childhoods being destroyed by indiscriminative [sic] fire.”

As a loyal World Vision employee, he still made sure to plug the “amazing results” the organization’s children’s programs had achieved, especially with children affected by war.  But he warned, “I am concerned that the values that we have instilled in these children will be swept [sic] by the devastating bombs from [Israel’s] F16s and drones.”

The values may be swept away even before the next flare up of devastating violence, while Mr. Halabi waits in jail, and World Vision’s facilities sit silent in Gaza.