CJPME Political Blog, Nov. 10, 2016: Last week, the Vancouver Sun printed a remarkable apology to Independent Jewish Voices (IJV) Canada.   The Sun editorial board had published a piece in August claiming that IJV – a Jewish organization – had denied the Holocaust and encouraged terrorism against Israelis.  The only problem was, they were dead wrong. 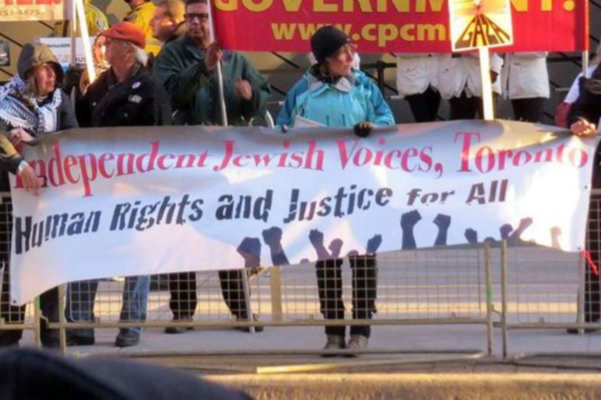 The Vancouver Sun produced the apology after IJV contacted Postmedia through its lawyer.  In its retraction and statement of apology, the Sun suggested it had been influenced by certain “advocacy groups,” and indeed, their false accusations did resemble allegations made on an undated pro-Israel lobby Website.  The Sun’s remorse seemed short lived, however, as the apology came off their Website after only about a week.

The fact that a Postmedia editorial board could so offensively err – or smear – is mind boggling.  Worse, it is destructive to Canada’s political debate on Israel.

To further the irony, a pro-Israel media organization with the Orwellian name of “Honest Reporting Canada” (HRC) chose not to pick up on the Sun’s slur on IJV.  HRC is relentless in prodding Canadian media to give a flattering view of Israel: one recent campaign attacked a CTV reporter on a turn of phrase about the Netanyahu government’s readiness to negotiate; another recent campaign pressured the McGill student newspaper to allocate more space to “Jewish nationalism.”

Yet the Sun’s disinformation and insult to IJV warranted nary a mention from “Honest Reporting Canada.”

Not only does such an attitude sully the exchange of ideas, it gives the impression to outsiders that the whole debate is just a vindictive “he said, she said.”  For many Canadians, it feels messy, emotional and irrational, and many will simply disengage.

In his book, “I’m Right and You’re an Idiot,” Canadian public affairs consultant James Hoggan decries the frequent inability of opposing advocates to find common ground for discussion.  Hoggan attributes this sorry state of political debate to the excessive righteous indignation of some actors.  Ultimately, Hoggan explains, a self-righteousness develops to the point where such people cannot imagine that their opponents are motivated by anything other than evil.

Hence, with such a mindset, some find it legitimate to label critics of Israel – even Jewish celebrities like Bernie Sanders and Jon Stewart – as “pro-Hamas,” “self-hating Jews,” anti-Semites, or worse.

While the “evil incarnate” line of attack gets a lot of traction with like-minded partisans, it does little to enable broader discussion or understanding.

Unfortunately, even Canadian politicians fall victim to the extreme rhetoric, and when they do, they too sound parochial and vicious.  A failed Ontario bill which sought to outlaw the boycotting of Israel attributed all sorts of mayhem to this nascent movement.  The sponsors of the bill argued that a boycott of Israel endangers “academic freedom,” creates a “climate of anti-Jewish speech” and leads to “violence on campuses.”  Really?

A more restrained debate is not only about “being civil,” or even about intellectual integrity.  It’s also about the quality of Canada’s democracy.  In his definition of democracy, Stanford professor Larry Diamond cites the need to have the active participation of all citizens in civic life.  Yet this common sense conclusion is undermined when the public discussion is invaded with rancorous and offensive language – language which inevitably paralyzes the debate.  It is made even worse when such language is then aped by the media and politicians.

Like any good policy debate, the discussion around Israel and Palestine needs to be supported by a strong historical understanding, comparative analysis and current facts.  Politicians should arm themselves with the knowledge that they need to form a humane and balanced policy – consulting with reasoned voices from all sides of the debate.  When they travel to the region, Canadian politicians should spend comparable time with all parties to the conflict, and seek to understand the legitimate grievances of all sides.

But given the venomous tone taken by some partisans on Israel-Palestine, one can easily come to the conclusion that the goal is not to further the debate or even win the debate, but to prevent the debate.

Perhaps the best way to determine if this is true is to accept the challenge launched by IJV itself.  In its interest to stimulate the discussion in Canada, this proud Jewish organization has a longstanding offer to publicly debate any pro-Israel organization willing to step up.  None have come forward thus far.  Any takers now?