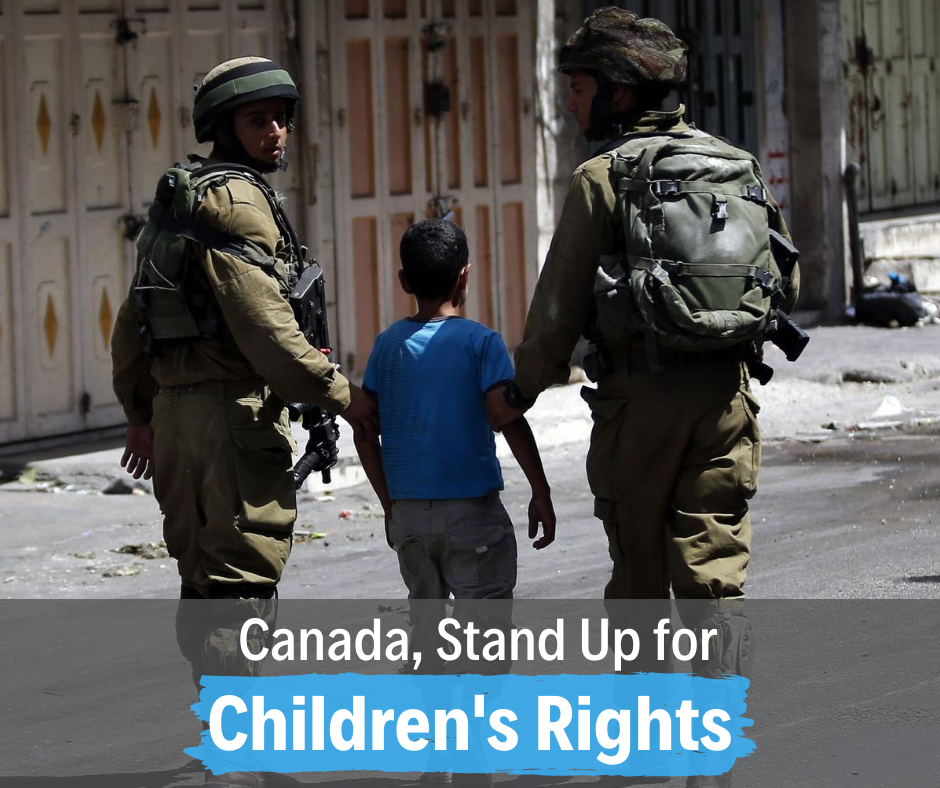 The "Canada, Stand up for Children's Rights" campaign was launched in July, 2020 by the United Network for Justice & Peace in Palestine & Israel (UNJPPI) and Canadians for Justice and Peace in the Middle East (CJPME), two organizations committed to pursuing human rights in the Middle East. Thanks for adding your name to our petition which calls Canada to “ensure the human rights of Palestinian children are protected by instructing a Special Envoy to promote, monitor and report on the human rights situation of Palestinian children” in Palestine.