Uri Davis - Apartheid Israel: possibilities for the struggle within - June 2009 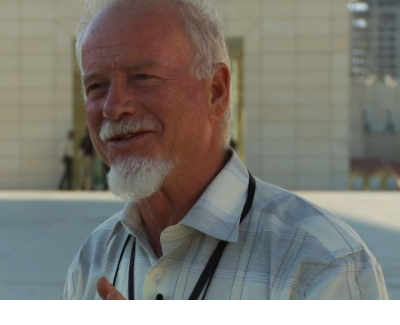 Dr. Davis describes himself as an anti-Zionist Palestinian-Hebrew citizen of the Apartheid State of Israel. Join us for a surprising and unconventional perspective on the challenges facing Israelis and Palestinians today.

Dr. Uri Davis, has devoted his academic work since 1975 to a critical examination of the philosophy and practice of political Zionism. He has published many books and articles on this subject and is considered to be one of the foremost researchers in his field. His most-known books include:

Uri Davis has been active in the field of defending human rights in general, and the rights of the Palestinian people in particular since 1965. He is the chairperson of AL-BEIT: Association for the Defense of Human Rights in Israel; senior director for legal and political affairs of Mosaic Communities: Association for Multinational Housing in Israel; Honorary Research Fellow at the Universities of Exeter and Durham in the UK; and Observer-Member of the Palestinian National Council (PNC).