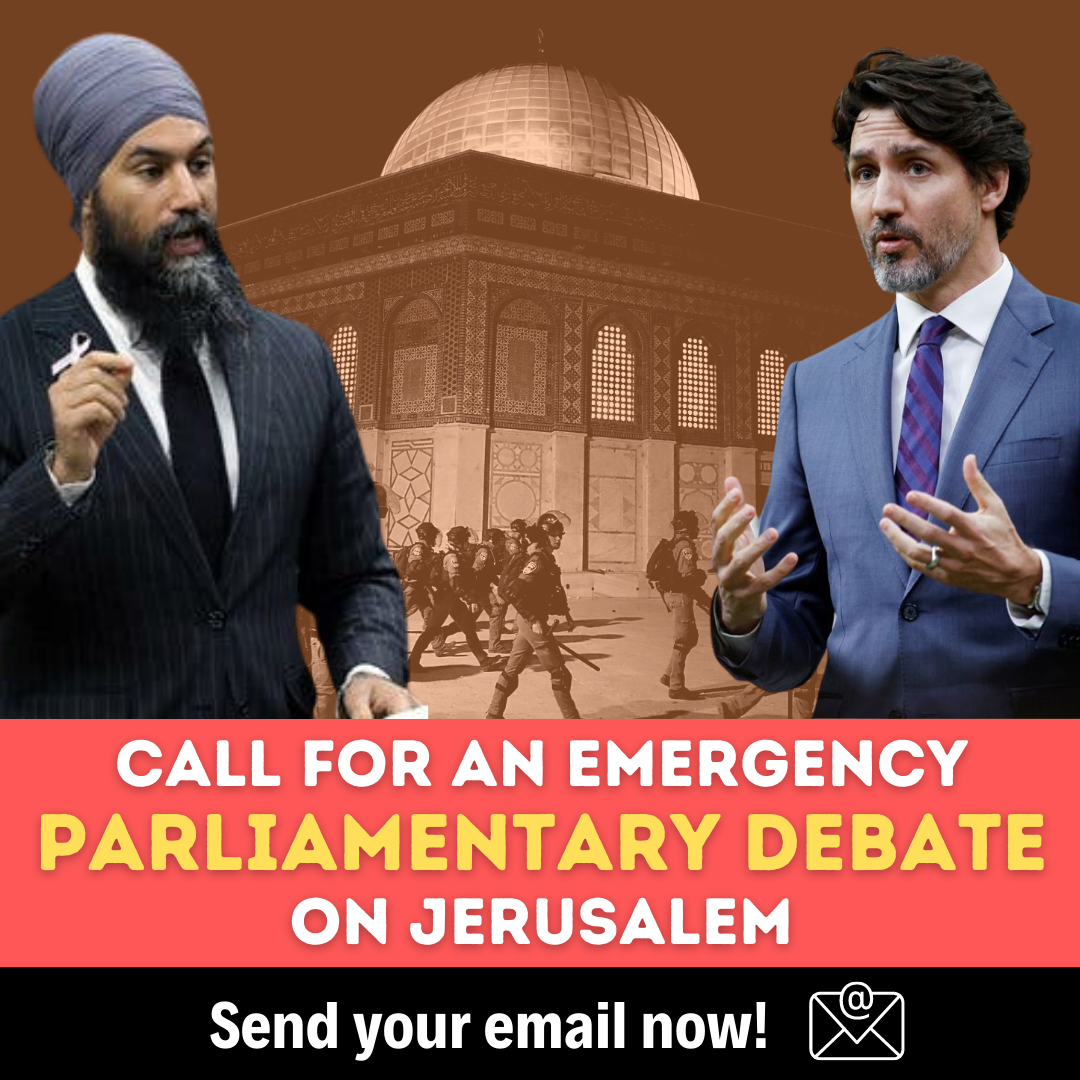 Earlier this week during Parliament’s Question Period, the NDP’s Jagmeet Singh raised the issue of Israel’s expulsion of Palestinians from Jerusalem, and Israel’s harassment of Ramadan worshippers at the Al Aqsa Mosque. He then asked whether Canada would stop arms sales to Israel.

Since the government ignored the essence of his question, and so far has refused to directly condemn Israel, the NDP must demand an emergency Parliamentary debate on Jerusalem, insisting on a reset of Canada’s policy on Israel-Palestine.

Use the fields below to send an email to NDP MPs asking them to stand up to the government for Jerusalem!