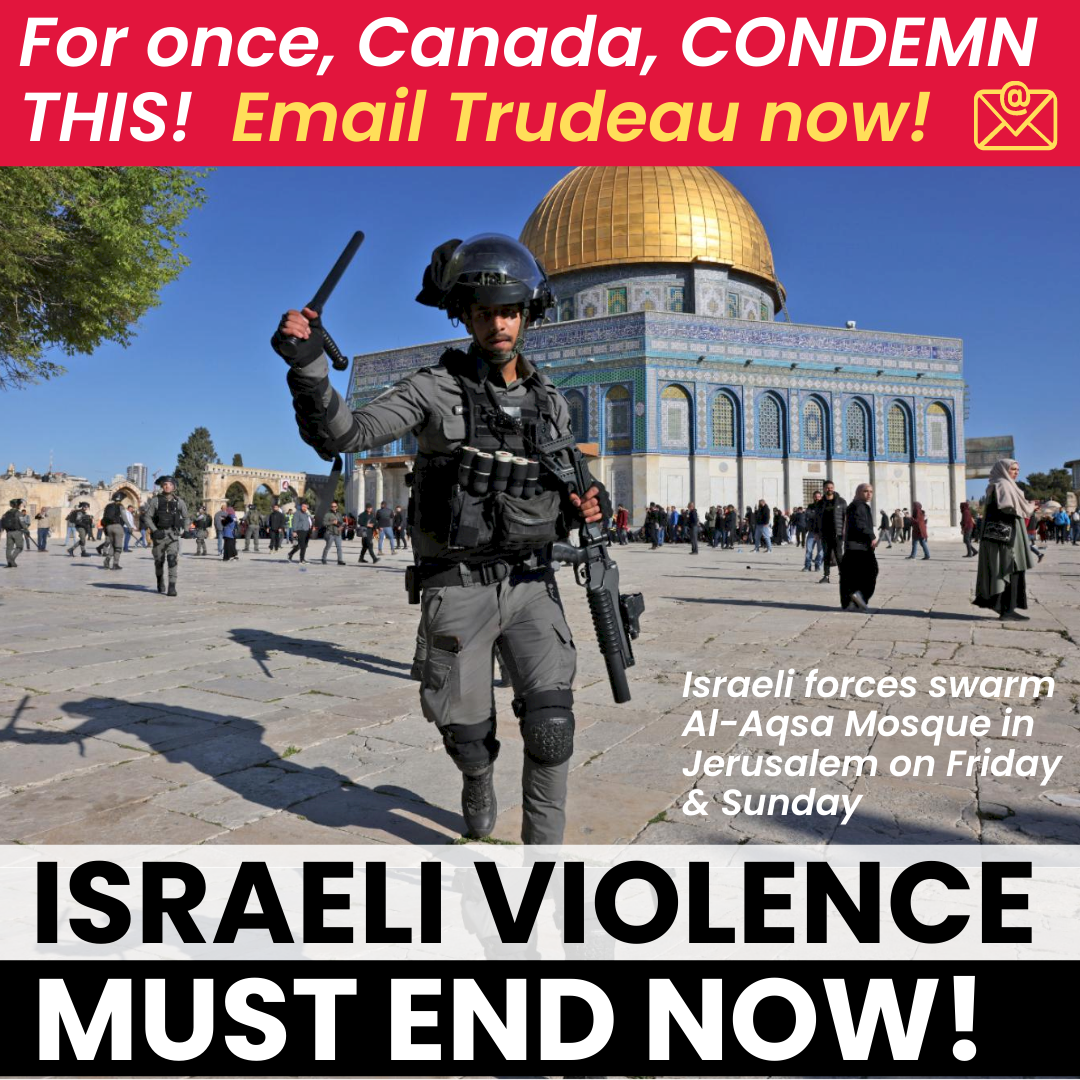 If you're like us, you were shocked and angered by the videos of Israeli soldiers raiding the Al-Aqsa Mosque compound in Jerusalem over the weekend.  Israeli soldiers threw teargas and stun grenades as they entered the compound and mosque, assaulting hundreds – including women, parents with children, media, and medics.  On Friday, Canada issued a weak statement about "de-escalation" of the "violence in and around Al-Aqsa" with NO DISTINCTION between the violent Israeli soldiers and the Palestinian victims.

So we want a clear condemnation from Canada; and we want Canada to finally stop arming Israel's apartheid regime!  Canada must end its complicity now!

Use the fields below to send an email to Trudeau, to the Foreign Affairs Minister, our diplomats at the UN, other political leaders, and your own MP! ISRAELI VIOLENCE MUST END NOW!