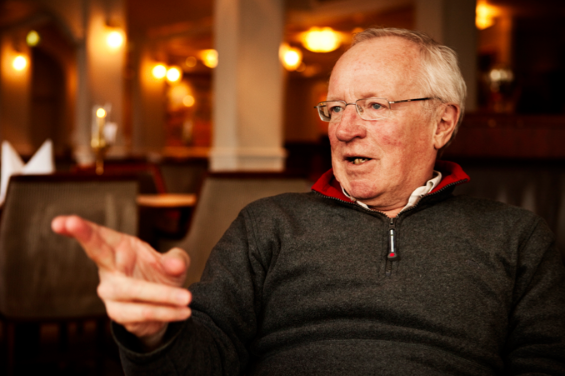 At a time of unprecedented turmoil in the Middle East, CJPME is pleased to announce an ambitious seven-city Canadian lecture tour by veteran foreign correspondent and author Robert Fisk. Fisk’s lectures will be entitled “‘Goodbye, Mr Sykes! Adieu, M. Picot!’ How the ISIS ‘caliphate’ frightens the Middle East – and us.” Join us, as Fisk talks about how the Syrian civil war – especially the rise of the so-called “Islamic State” – has destabilized the existing order in the Middle East.

Based in Beirut since 1976, Dr. Fisk has been the Middle East correspondent for the British newspaper The Independent since 1988. He is the author of five books, including the seminal tome The Great War for Civilisation: The Conquest of the Middle East (2005), Pity the Nation: Lebanon at War (1990) and The Age of the Warrior: Selected Writings (2008).  He is a highly respected veteran journalist because of his direct and uncompromising reporting and analysis.