Factsheet Series No. 176, created: July 2013, Canadians for Justice and Peace in the Middle East
View factsheet in PDF format 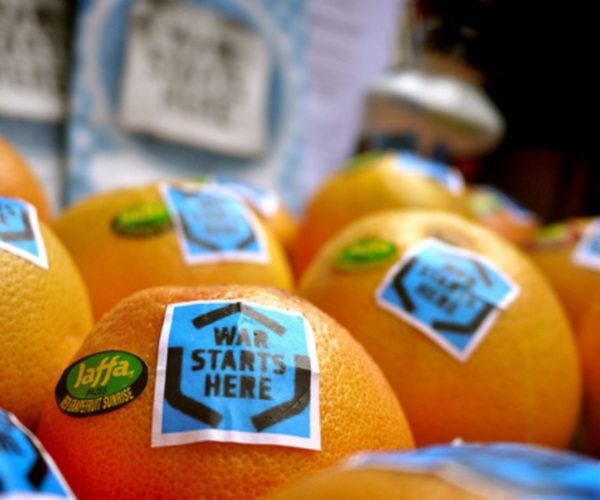 What is the story behind the cultivation of Jaffa oranges?

Prior to 1948, the modern city of Jaffa was the cultural and economic heart of Palestine. From the late 19th century until 1970, it was also one of the largest ports of orange export in the world. Oranges and other citrus fruit were brought to Europe from the Middle East. Jaffa oranges, in particular, are a variety developed by Arab Palestinian farmers in the 19th century.1 These oranges were the pride of Palestinians because they are sweet and almost seedless. Their tough skin made them perfect for export. Moreover, the cultivation of oranges developed simultaneously with the rise of the steam engine and the increase of European exports in the mid 19th century. During the early 20th century and until 1939, oranges were the largest Palestinian export, surpassing even cotton. In 1939, a total of 30 000 hectares were cultivated and 15 million crates were exported. 2

Thus, contrary to the myth propagated by Israel of an arid, backward and under populated Palestine3, Palestinians had a dynamic agricultural sector before the arrival of European Jews. Under the British Mandate, the cultivation of products such as olives, melon, tobacco, grapevines and oranges to name a few, mostly belonged to the Arab Palestinians.4 Towards the end of the Mandate, the cultivation of oranges by Jewish Palestinians who were either native or established for several generations had significantly increased. Despite this, the production from Arab Palestinians remained superior both in terms of quantity and quality.5

What were the relationships between the different communities cultivating oranges at the beginning of the 20th century?

A time of social peace: At the beginning of the century, orange groves were common to all natives of Jaffa and the surrounding regions, regardless of their religious affiliation. A certain rivalry existed between the different communities, however the relationships were peaceful. Arab orange groves employed Jews and vice versa. During these years, an intricate network of economic, social and cultural relationships was developed between Arab – Muslim or Christian – and Jewish communities from the city.6 Subsequent conflicts have obscured this degree of interdependence and cooperation.

The outbreak of tensions: In the years prior to 1948, tensions arose between Arab and Jewish Palestinians with the establishment of kibbutz, which recruited exclusively Jewish labour. From the start of the 20th century, it became increasingly frequent for Zionist agencies to acquire land from absent landlords while dismissing sharecropping tenants in favour of Jewish immigrants.7 These sharecroppers8 were particularly at the mercy of such evictions. Furthermore, Jewish immigrants would often put pressure on former Jewish landlords so that they would dismiss their Arab employees.

An agreement on non-aggression and its breach: Despite growing tensions, the orange growers signed an agreement on non-aggression in 1948 concerning the orange groves between Jaffa – a predominantly Arab city – and Tel Aviv – a predominantly Jewish city – in the midst of the war. These plantations were not to be attacked in order for harvest and exports to continue. This delicate balance was broken when members of the Haganah Jewish armed militia started conducting random attacks on the area despite Tel Aviv municipal authorities’ and Jaffa’s efforts to establish a modus Vivendi.9

What happened to the Palestinians’ orange groves after the Nakba?

The forced exodus of Jaffa Palestinians: According to the 1947 UN Partition Plan, the city of Jaffa should have been part of a future Arab state. However in April and May 1948, Jaffa was besieged and pounded by the soon to be Israeli army. To escape the bombardments, thousands of Palestinians had to flee the city by boat. On May 14th, only 4 -5 000 of the 70 000 Palestinians who lived in Jaffa, remained.10 The orange groves that belonged to Palestinians were then illegally confiscated and became the property of the State of Israel. Even if their proprietors had remained in Jaffa, the orange groves were considered “abandoned assets” and were seized by the State of Israel.

After 1948: Following the eviction of the Arab Palestinians, the State of Israel continued to gain profits from the export of oranges. Even today, Israel exports the Jaffa brand of citrus fruit although there are no more orange trees around the city. Most of the orange groves were either destroyed or abandoned when the oranges lost their value on the global market in the 1980s. It was at this time that the export of citrus fruit from Israel dropped from one million tonnes to only 300 000 tonnes because of European competition.11

What do Jaffa oranges symbolize?

A strong symbol of Palestinian national identity: For Palestinians, Jaffa oranges were a very strong symbol of their land. With its internationally renowned quality, the orange represented the Palestinian people’s ingenuity. Palestinian historian Mustafa Khaba recounts that in the late 1920’s, the Palestinian press conducted a survey to determine what flag the Palestinians wanted to adopt following their independence. An attachment to the fruit was clearly highlighted in the survey as the majority of the respondents felt that the green and orange colourings of citrus fruit represented Palestine best. It seems that this opinion prevailed until the 1948 adoption of the Pan-Arabic coloured flag.12 After 1948 however, orange began to represent the lost ancestral homeland.

The appropriation of the orange symbol by the State of Israel: Around the same time, Jewish immigrants appropriated Jaffa oranges as a symbol of the State of Israel. Historian Amnon Raz-Krakotzin explains how the Zionist movement made the modernization and the cultivation of the citrus fruit symbolic even though this predated the arrival of the settlers.13 When examining propaganda from this era through posters and photographs, it is obvious that the orange iconography helped convey the false myth of a backward Palestinian society. Furthermore from the 1950s on, Jaffa oranges represented Israel internationally as the new state’s main export.14 Jaffa became a registered trademark in 1948. Israel’s citrus fruit marketing board, which was created under the British Mandate, then controlled all production and exportation of Israeli citrus fruit under that name. In 1976, among the signs best known to the public, Jaffa was ranked just after Coca-Cola.15 As for the Palestinian city of Jaffa, it was annexed by Tel-Aviv in 1950 and its name gradually fell into oblivion.

Yes. CJPME encourages the boycott of Israeli products for several reasons. In 2005, over 170 organizations from Palestinian civil society appealed to the world to impose a strategy of boycotts, divestment and sanctions (BDS) on Israeli institutions in an attempt to move the Israeli government to respect international law and fundamental Palestinian rights.16 The boycott of Israeli products and companies operating in the OccupiedTerritories aims to denounce the military occupation of PalestinianTerritories by Israel, its colonization policies and the blockade it has imposed on the people of Gaza.

Jaffa oranges should especially be boycotted for the following reasons. Firstly, for a long time theseJaffa brand oranges were partly cultivated on illegally acquired lands. According to international law there is a despoliation of goods when they are confiscated by the state in an arbitrary manner without compensation or for discriminatory purposes. This was the case in 1948 for the Arab landlords of theJaffa orange groves. BoycottingJaffa oranges allows Canadians to express their opposition to this despoliation performed by the State of Israel. Furthermore, buyingJaffa oranges or other Israeli products reinforces the Israeli economy. This facilitates Israel’s ongoing violation of international law and helps normalize these violations.

8 Those farmers had sometimes cultivated the same land for generations but on behalf of landlords and were not the lawful holders.

16 For further information on this subject, see Fact sheet no 96 CJPME’s Boycott Campaign on Israel, September 2010.