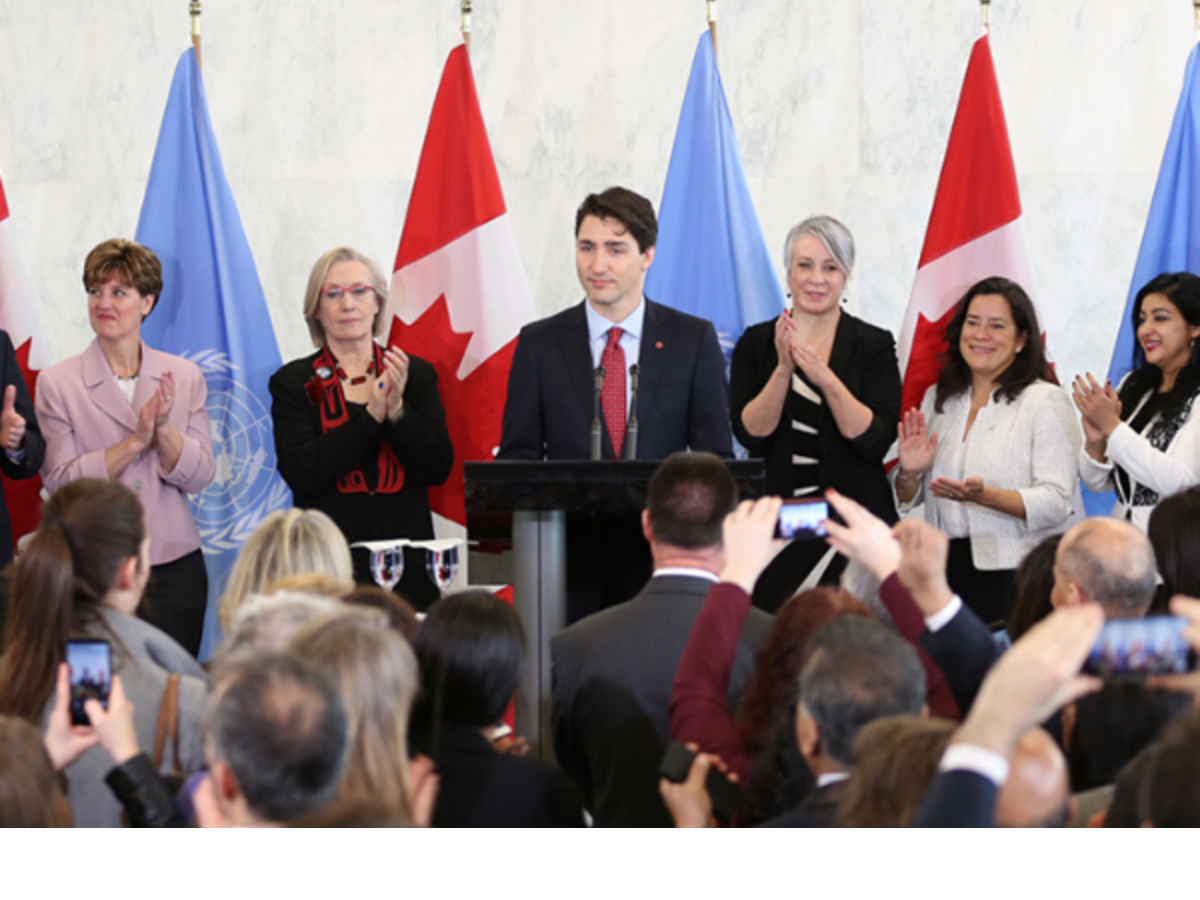 CJPME Factsheet No. 217, published March, 2020: This factsheet provides an overview of Canada's chances to obtain a seat in the UN Security Council. Running against Norway and Ireland this year, will Canada be able to win the seat for the seventh time ?

The UN Charter gives the Security Council responsibility for the maintenance of international peace and security. The Council has 15 members each with one vote, including 5 permanent members: China, the Russian Federation, France, the United Kingdom, and the United States of America. The other 10 members are elected by the General Assembly for non-renewable two-year terms[1].

The 10 non-permanent seats are divided among the regional groups of the United Nations. For example, Asian and African states occupy 5 seats, Eastern-European states occupy 1 seat, as do states from the “Western European and Other States” group (which includes Canada)[2]. By running for one of the two seats at stake in the 2020 election, Canada is competing with Norway and Ireland.

To be elected to the Security Council, a country must obtain at least two-thirds of the votes of the various General Assembly delegations. This condition frequently gives rise to additional ballots, especially when no country obtains the required 129 votes out of 193. In practice, informal conventions govern the selection. Candidate countries usually have to court and persuade other countries for written or verbal vote commitments, sometimes years in advance. Since the ballot is secret, these commitments are not ultimately binding (and are frequently broken).

Why did Canada lose the Security Council elections in 2010?

In the 2010 elections, Canada lost against Germany and Portugal and for the first time failed to obtain sufficient support from General Assembly delegations to sit on the UN Security Council.

This failure can be explained by several factors. On the one hand, Canada had seriously disengaged from UN activities: under the Harper government, Canada had often chosen not to participate in the Annual General Meeting, as well as in other high-level meetings[3]. On the other hand, Canada had also dramatically cut funding for international development, and peacekeeping organizations and programs[4]. 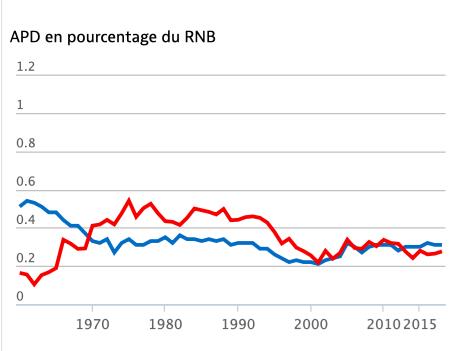 In red, the share of the Canadian Gross National Income allocated to official development assistance, in blue the average of the 30 member countries of the Development Assistance Committee of the OECD.

Furthermore, by voting in lockstep with the United States on resolutions relating to Israel-Palestine, Canada lost the support of certain General Assembly delegations such as the 57 countries of the Organization of Islamic Cooperation (30% of the votes of the General Assembly)[5].

Finally, the controversial position adopted by Canada in Copenhagen in 2009 on climate change likely caused Canada to lose votes[6].

Canada's candidacy for the 2020 Security Council election is built around 5 pillars: multilateralism, economic security, gender equality, the fight against climate change and UN reform proposals[7]. Canada's campaign has a number of strengths. First, it builds on current and very popular themes in foreign policy such as feminism, ecology or minority inclusion. For example, the 2017 Elsie initiative launched by Canada, working for the participation of women in peace operations, will likely strengthen Canada’s candidacy[8].

Nevertheless, Canada’s five pillars are not dissimilar from those of Norway and Ireland. And despite its campaign, Canada’s accomplishments in some areas (e.g. peacekeeping, and climate change) are debatable.

Another strongpoint for Canada is the supposed support of the Organisation internationale de la Francophonie (OIF) and its 55 member countries, following an assembly in November 2019[9] (although this support remains informal).

What are Canada's weaknesses in 2020?

Canada is no doubt the underdog when compared to Norway and Ireland. Canada’s candidacy started late and was officially presented in 2016, about 10 years after Ireland (2005) and Norway (2007). Beyond the limited duration of its current campaign, Canada’s reputation also suffers from the years of disengagement from the UN that started under Harper.

On the one hand, Norway and Ireland are larger donors of foreign aid per capita: Oslo spends almost 1% of its Gross National Income (GNI) on official development assistance, while Ireland contributes up to 0.32%. Canada ranks third with 0.27% of its GNI[10]. On the other hand, Canada is also less involved in peacekeeping missions. Ireland provides almost three times more troops than Canada. In 2016, Canada committed to sending up to 600 soldiers to peacekeeping missions, but as of December 2019, only 48 were actually deployed.[11]

How can Canada strengthen its candidacy to win the election?

The upcoming election for a Security Council seat constitutes an opportunity for Canada to demonstrate leadership in international relations and to show that its foreign policy is based on principles, and not the preservation of the status quo.  Notably, Canada must demonstrate that its foreign policy does NOT always ape US foreign policy (e.g. on arms control, sanctions, nuclear non-proliferation, foreign military intervention and national security.)  Second, Canada must take a more human rights-oriented position on several files, foremost on the Israel-Palestine issue, but also on Egypt, Saudi Arabia and Yemen, Iraq, Syria, and others.  For example, Canada’s annual voting on resolutions relating to Israel-Palestine puts it in a small minority of five countries, including Israel and the US, versus most of the rest of the world[12].

Canada must also demonstrate that it is a country which fulfills its promises and follows up on its commitments.  The five pillars of Canada's program are relevant, but there is still a wide gap between what Canada says it will do, and what it actually does. To improve its candidacy, Canada needs to ensure that it keeps its promise to support peacekeeping operations and provide development assistance. This last point is all the more crucial as it would allow for more support from African countries[13].

Canada may not be able to avoid another humiliation  in its bid for a Security Council seat, but it could prepare for its next opportunity 5-10 years from now, by carrying out the promises of its current campaign, and showing that its crusade for international stature is worthy, and not just cosmetic “smoke and mirrors.”