CJPME Factsheet No. 220, published September, 2020: This factsheet provides an overview of the UAE-Israel normalization agreement. Is this really a "peace deal," and is Canada right to welcome it ?

Factsheet Series No. 220, created: September 2020, Canadians for Justice and Peace in the Middle East
View factsheet in PDF format 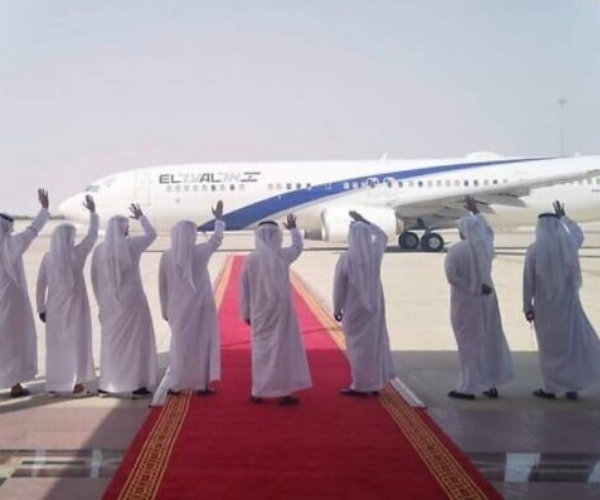 What exactly did UAE and Israel agree to?

The final details are not yet confirmed, as several issues still have to be negotiated before the final agreement is signed. However, several key aspects were noted in the announcement:

Is this a peace deal?

No. Although the UAE-Israel agreement is often marketed as a “peace deal,” this is a misnomer. UAE will become only the third Arab country to recognize Israel, following Egypt which signed a peace treaty with Israel in 1979, and Jordan which signed a treaty in 1994. Unlike those countries, however, the UAE does not share a border with Israel, and the UAE and Israel have never been at war.

Importantly, Israel and the UAE have been quietly cultivating unofficial relations for years, including in defence cooperation, intelligence surveillance, and trade in weapons.[iii] The recent agreement formalizes and builds upon these existing, yet surreptitious, relationships.

Why didn’t the UAE and Israel already have official relations?

The UAE, like most countries in the Arab world, has refused to enter into normalized relations with Israel since it was established in 1948, as a protest against the partition of Palestine. For decades, Arab states have insisted that normalization must be predicated upon a just resolution for the Palestinians. This was the case for the 2002 Arab Peace Initiative, led by Saudi Arabia, which insisted that a Palestinian state must be created before normalization could take place.[iv]

The UAE-Israel deal contradicts this longstanding position, “decoupling” the Arab-Israel conflict from the Israel-Palestine conflict.[v] The deal is widely recognized by the Israeli leadership as confirmation that they do not need to give up occupied territory, but that they can circumvent the issue while establishing relationships with Arab states.[vi]

Following the announcement, the United States and Israel have hinted that other states may soon follow the UAE by entering into normalization agreements with Israel. US officials have been visiting countries including Bahrain, Oman, and Sudan, to try to generate support for future deals.[vii] As of September 1, 2020, there are 30 UN member states that do not recognize Israel.

Does the agreement put an end to Israel’s annexation plans?

No. Although the UAE has boasted that its deal has stopped Israel’s annexation plans and saved the two-state solution,[viii] what Israel has actually agreed to is a temporary “suspension” or pause on any formal announcement on annexation.

In fact, Netanyahu has repeatedly said that annexation remains on the table,[ix] and this has been echoed by both Israeli and US officials.[x] At a fundamental level, Israel’s annexation plans remain consistent with Trump’s so-called “Deal of the Century,” which the US continues to promote as a resolution to the conflict.[xi] For this reason, the Israelis could revive their annexation plans at any time.

Are there other motives behind this deal?

All three countries are interested in expanding military cooperation in the region, particularly to counterbalance the influence of Iran.[xii] For its part, the UAE aspires to become a regional power,[xiii] and in recent years has contributed to brutal military offensives in Afghanistan, Yemen and Libya, deploying air strikes and arming militias.[xiv]

Another major motivation for the deal is how it will boost arms sales. The UAE is a major purchaser of US weapons, on which it spends an estimated $20b out of its annual defence budget of $23b, and normalization is expected to provide Israel with greater access to the UAE market for arms.[xv]  Importantly, the US has been wanting to sell F-35 fighter jets and armed drones to the UAE, but Israel has so far opposed any such deal on the grounds that it could erode its ‘qualitative military edge.’ The UAE has an understanding that the normalization deal will allow it to go ahead with its purchase of the F-35 jets, although Israel still opposes this.[xvi]

How has the international community reacted?

Many countries welcomed the UAE-Israel agreement (and the promised suspension of annexation), including Canada, the UK, Egypt, Bahrain, and Oman. Others, such as Iran, Turkey, and Qatar criticized it.

Civil society groups, activists, and academics have protested against the deal in the UAE, Bahrain, Kuwait, Qatar, and Oman.[xvii] State repression against those who criticize the deal has been reported in the UAE, Jordan, and Egypt.[xviii]

How have the Palestinians reacted?

Palestinians of all backgrounds expressed outrage over the UAE-Israel deal, as the UAE abandoned the longstanding principle that normalization can only occur if there is an end to Israel’s oppression of Palestine. Palestinian President Mahmoud Abbas called the deal a "betrayal of Jerusalem, Al-Aqsa and the Palestinian cause," and the Palestinian Authority recalled its ambassador to UAE.[xix] Hamas called the deal “a reward for the Israeli occupation’s crimes,” and a “stabbing in the back of our people.”[xx] Others have raised concerns that the deal could bring about changes to the status quo over access to the Temple Mount and Al-Aqsa Mosque, possibly triggering violence.[xxi]

Is Canada right to welcome the deal?

Canada welcomed the agreement as a “positive step toward peace and security in the region,”[xxii] but this optimism is unfounded. The UAE-Israel agreement is a ”peace deal” between countries never at war, which accelerates military spending and militarism in the Middle East. Moreover, it avoids the core issue of Israel’s occupation of Palestine and lessens the incentive for Israel to respect Palestinian human rights. The UAE’s opportunistic path is not likely to end division and conflict in the region and may in fact intensify and prolong it.

[v] Anshel Pfeffer, “Don't Compare MBZ and Bibi to Sadat and Begin – the UAE-Israel Deal Is Much Bigger Than Peace,” Haaretz, August 17, 2020.

[xi] For more information see CJPME Factsheet No. 218, The Trump Plan for the Israeli-Palestinian Conflict, February 2020.