CJPME Factsheet No. 222, published March 2021: The Canadian Museum for Human Rights and the Nakba

The Canadian Museum for Human Rights and the Nakba

Factsheet Series No. 222, created: March 2021, Canadians for Justice and Peace in the Middle East
View factsheet in PDF format 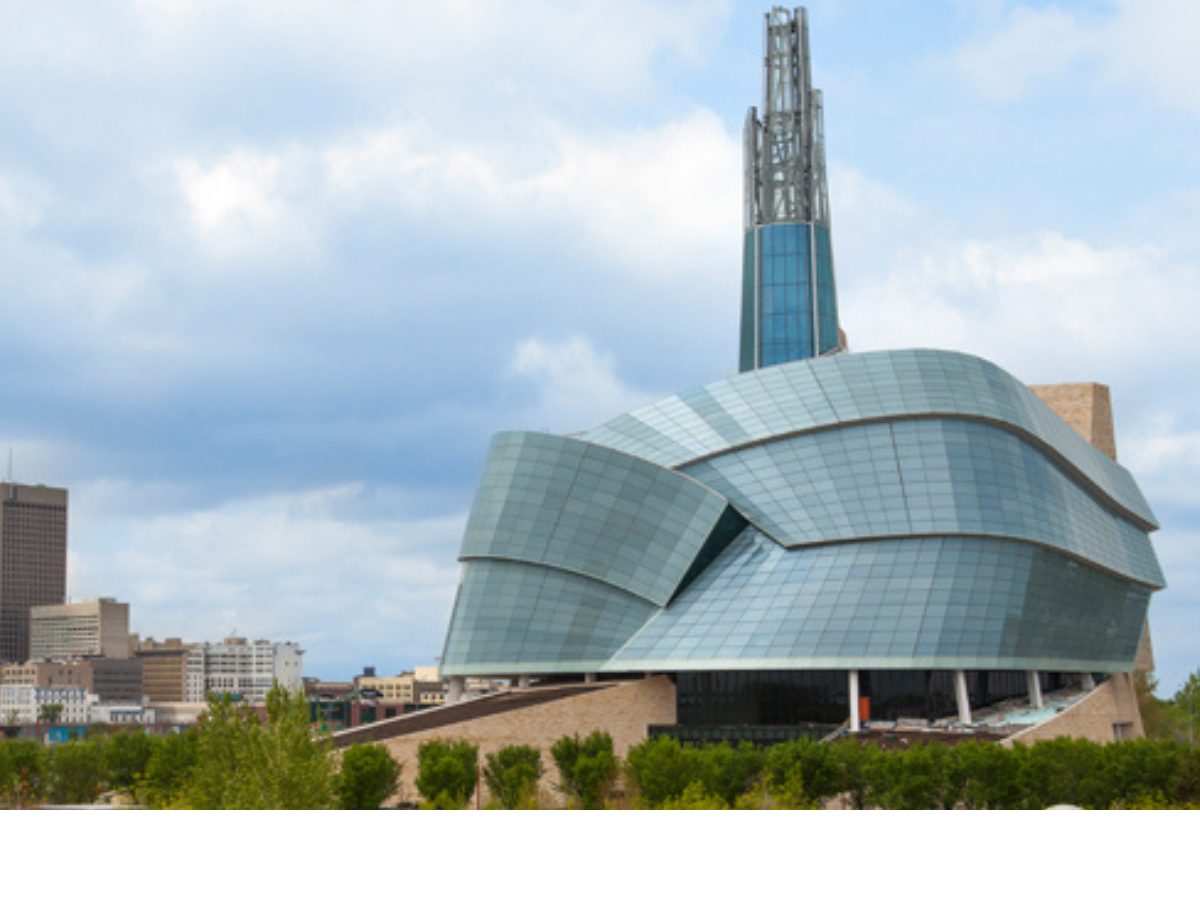 What is the Canadian Museum for Human Rights?

The Canadian Museum for Human Rights (CMHR) is a federally funded museum in Winnipeg, Manitoba. It was created as a federal Crown Corporation through an amendment to the Museums Act by Prime Minister Stephen Harper in 2008, and it opened in 2014.

The stated mandate of the CMHR is “to explore the subject of human rights, with special but not exclusive reference to Canada, in order to enhance the public's understanding of human rights, to promote respect for others and to encourage reflection and dialogue.”[1]

Why are Palestinian Canadians dissatisfied with the Museum?

Palestinian Canadians are disappointed that the CMHR does not substantively include information about Palestinians, and that it has refused to recognize the Nakba. Nakba (Arab for “catastrophe”) is the name given to the massive dispossession of Palestinians from their lands by Israel in 1948, when at least 700,000 Palestinian became refugees. For this reason, some Palestinian Canadians protested the CMHR’s opening in 2014.[2]

Is Palestine mentioned in the CMHR at all?

There have been very few mentions of Palestine in the CMHR since it first opened.

Since 2016, the CMHR has had an exhibit on “Rights Today,” profiling 17 individuals including Buffy Sainte-Marie and Craig Kielburger. Although Izzeldin Abuelaish, a Palestinian doctor in Gaza who lost three daughters and a niece in Israeli attacks in 2009 is profiled in this exhibit, there is no mention of the Nabka.[3]

The CMHR’s new CEO also insists that the Nakba is referenced in a human rights timeline in its introductory gallery, although not mentioned by name.[4]

How have Palestinian Canadians tried to dialogue with the Museum?

Palestinians were active members of the Canadians for Genocide Education (CGE), a coalition representing dozens of community associations, which as early as 2009 was pushing for a broad and inclusive vision for the museum in opposition to having a central focus on the Holocaust. CGS argued that there should be no particular emphasis on any one case of human suffering, which would suggest that a “hierarchy of human suffering exists.”[5] The CGE website lists the Nakba among 20 other “Cases of genocide” which it believes should get equal treatment.[6]

Relatedly, community activists like Rana Abdulla and the Palestinian Canadian Congress have been trying for an entire decade to get the CMHR to recognize the Nakba and tell the stories of its survivors.

Does the CMHR have a pro-Israel bias?

There is no concrete evidence that the museum’s programming is guided by a pro-Israel bias. However, key individuals and organizations behind the creation and direction of the CMHR include long-time advocates for the State of Israel, and it is reasonable to conclude that this has had an influence on the museum’s decision-making.

The CMHR is known to have been the “dream” of the late Israel Asper,[8] the founder of media company CanWest Global who came up with the idea for the museum in 2000. Initially intended to be a Holocaust Museum, early plans for the project were funded jointly by private fundraising and public funding. After Israel Asper died in 2003, the project was spearheaded by his family and the Asper Foundation, eventually winning government support.[9] Today, Gail Asper serves as both President of Asper Foundation and as a trustee on the CMHR board.

How have the Museum’s key founders advocated for Israel?

In 2002, during the Second Intifada, Israel Asper led a delegation to Israel, saying: “Israel is the only democracy in the entire region. It supports human rights.”[10] In a speech that same year, Israel Asper claimed that “anti-Israel bias” was destroying the credibility of the media and urged listeners to cancel their subscriptions or boycott the advertisers of news sources that published content critical of Israel.[11] As the head of CanWest Global, he enforced a strict pro-Israel editorial position at his own newspapers.[12]

The Asper Foundation funds many projects in Israel, including initiatives with a political angle. Some of these projects include:

The fact that the Asper Foundation boasts about these projects alongside the CMHR gives credence to concerns that a pro-Israel bias may play a role in discouraging Palestinian perspectives from being included in the museum.

Has the CMHR faced other scandals?

The CMHR has faced many scandals related to how it has dealt with issues of racism, colonialism, and other forms of oppression. For example:

With a new CEO appointed in August 2020, the Museum has an opportunity to overhaul its approach and consider seriously engaging with the Canadian Palestinian community.

[16] The Asper Foundation, “Asper Centre for Entrepreneurship at the Hebrew University of Jerusalem,” accessed March 23, 2021.

[17] Nir Hassan, “The Murky Relations Between the Hebrew University and Its Neighboring Palestinian Village,” Haaretz, April 12, 2016.