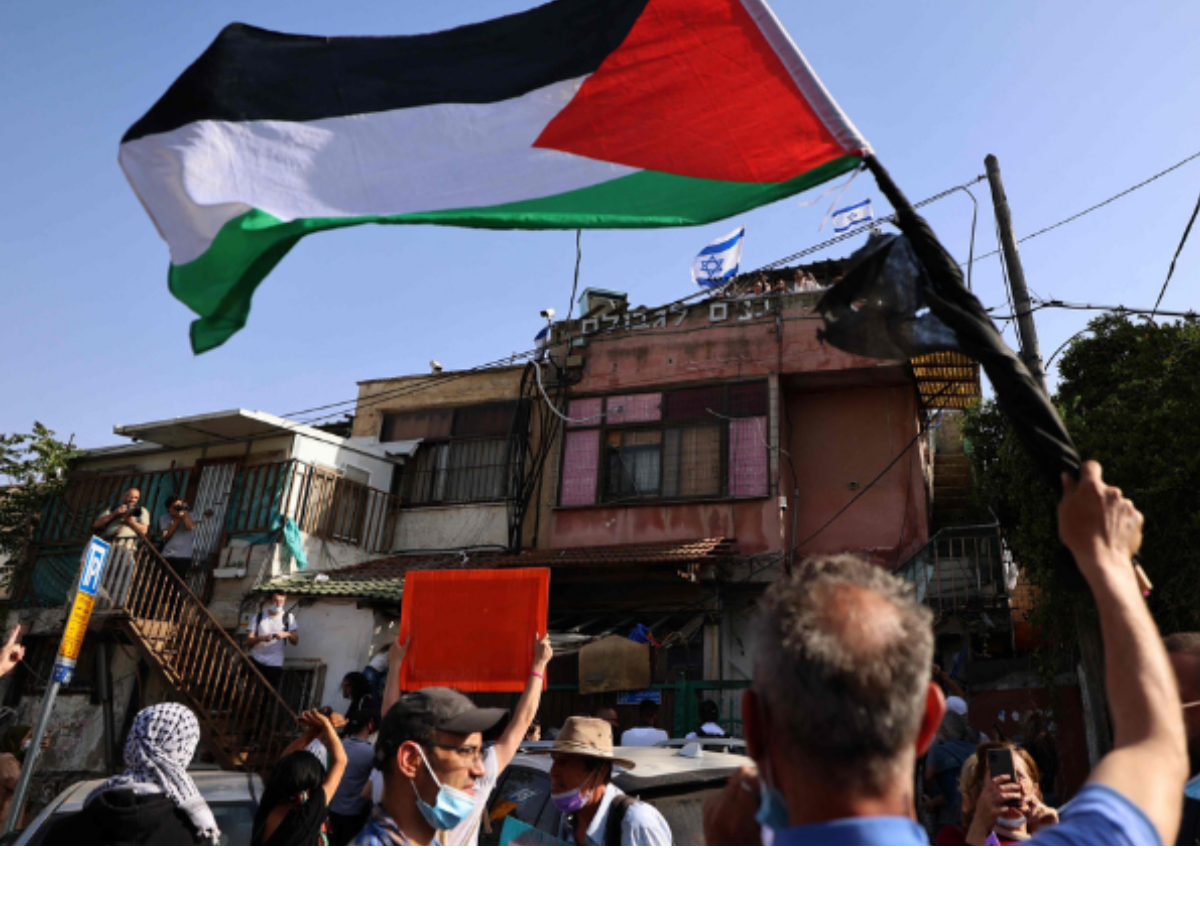 What is happening in Sheikh Jarrah and Silwan?

Sheikh Jarrah and Silwan are two neighborhoods in occupied East Jerusalem where at least 175 Palestinian families are facing threats of mass expulsion from the homes their families have lived in for generations, to be replaced with Jewish Israeli settlers.

On May 1, 2021, the Jerusalem District Court ordered 6 families to vacate their homes in Sheikh Jarrah. The families are currently appealing to the Supreme Court.[i] The district court ordered another 7 families to leave their Sheikh Jarrah homes by August 1, 2021.[ii] In total, there are 75 Palestinian families under threat of expulsion in Sheikh Jarrah and 11 families have already been evicted.[iii] A similar process is in place in Silwan, where 100 families are at risk, 84 of whom are currently in the process of eviction by the courts. 14 families in Silwan have already been evicted and replaced by settlers.[iv] Across East Jerusalem, nearly 1,000 Palestinians are at risk of forced eviction, a violation of international law.[v]

Who is evicting Palestinians?

The main actors behind the push for evictions are the settler organizations Nahalot Shimon Ltd and Ateret Cohanim. The proposed projects in Sheikh Jarrah are led by Nahalot Shimon Ltd, an American real-estate firm,[vi] while Ateret Cohanim is responsible for the evictions of Palestinians in Silwan.[vii] Both organizations rely on donations from U.S. donors to fund their settlement projects.[viii] These settler groups argue that the land is Jewish property and that the Palestinians living there have no legal claim to it.

As settlers take over Palestinian neighborhoods, their presence has led to brought daily violence and harassment against Palestinian residents by settlers and Israeli police, making life “unbearable.”[ix] In Sheikh Jarrah, Israeli repression has intensified in recent weeks, including violence and unjust arrests of residents, activists, and journalists.[x]

How long have the Palestinians lived there?

Who really owns these homes?

The settler organizations say that homes are the historic property of Jewish families. This claim has been challenged by Khalil Toufakji, a cartographer, and expert on Jerusalem, who recovered Ottoman-era deeds that show that Jews were not the original landowners of the Sheikh Jarrah properties in question.[xii]

The settler organizations also claim that Palestinian families have no grounds for ownership. This is false. In 1968, after Israel occupied East Jerusalem, the Knesset issued a decree stating Israel was bound to the original agreement signed by UNWRA and Jordan.[xiii] In April, the Jordanian government provided the Palestinian Authority with documents, certified by UNRWA, which they say proves the legal right of Palestinian families to live there.[xiv]

In fact, even if the land originally belonged to Jews, the settler organizations behind the evictions are not the direct heirs of the property. Peace Now argues that “there is no connection between the original purpose of the law and its current use,” and that “the settlers who stand behind the eviction lawsuits are not connected to the owners of the original properties.”[xv] No Jewish Israelis ever lived in these homes, which were originally built for Palestinian refugees by Jordan and UNWRA.

Is the eviction process discriminatory against Palestinians?

Yes. The legal ability of settler organizations to evict these families is based on a discriminatory Israeli law, called the Legal and Administrative Matters Law. Established in 1970 following the conquest of East Jerusalem, this law was intended to return land that was lost in the 1948 war.[xvi] However, the law applied only to Jewish Israelis who claimed to have lost property, while excluding Palestinians from exercising that same right.

Do the Palestinian families have a fair chance at a trial?

No. Although the Israeli courts have presented these hearings as being land ownership disputes “between two equal parties,”[xvii] Peace Now states that this perspective “ignores the fact that this is an organized process under a discriminatory law that grants rights to one group and deprives them of a second group.”[xviii] The rights of Palestinians are not upheld by the Israeli courts system which systemically discriminates against them.

In April 2021, the 28 families in Sheikh Jarrah wrote to the International Criminal Court requesting an investigation, noting that “given the discriminatory and untransparent nature of the Israeli legal system as applied in the occupied territory, we are systematically denied access to justice or any effective remedy.”[xix]

Is this just a “real estate dispute”?

The Israeli government and the settler organizations claim that this is simply a “real estate dispute,” but the evictions in Sheikh Jarrah and Silwan must be understood as part of a process of ethnic cleansing which is systemic and perpetuated by the Israeli courts system.[xx]

Since taking over East Jerusalem in 1967, Israel has “treated the Palestinian residents of the city as unwanted immigrants and worked systematically to drive them out of the area.”[xxi] The evictions in occupied Jerusalem are part of Israel’s ongoing ‘demographic balance’ plan, in which authorities attempt to limit the Palestinian population to 30% to maintain the Jewish Israeli population in the majority.[xxii]

The settlers themselves understand the evictions as part of a process to keep Jerusalem “Jewish” by pushing out Palestinians. As the deputy mayor of Jerusalem told the New York Times: “‘of course’ [the evictions] are part of a wider strategy of installing ‘layers of Jews’ throughout East Jerusalem.”[xxiii]

How has Canada responded?

The Canadian government has made several statements about the evictions in Sheikh Jarrah and Silwan. Prime Minister Trudeau, Foreign Affairs Minister Marc Garneau, Canadian diplomats, and many members of the Liberal caucus have expressed concern over the evictions as a “serious obstacle to achieving a comprehensive, just and lasting peace,” and calling on Israel to “stop settlement activities” in East Jerusalem.[xxiv] However, Canada has not directly condemned Israel or taken concrete action to discourage the evictions.

[i] Linah Alsaafin, “What is happening in occupied East Jerusalem’s Sheikh Jarrah?” Al Jazeera, May 1, 2021.