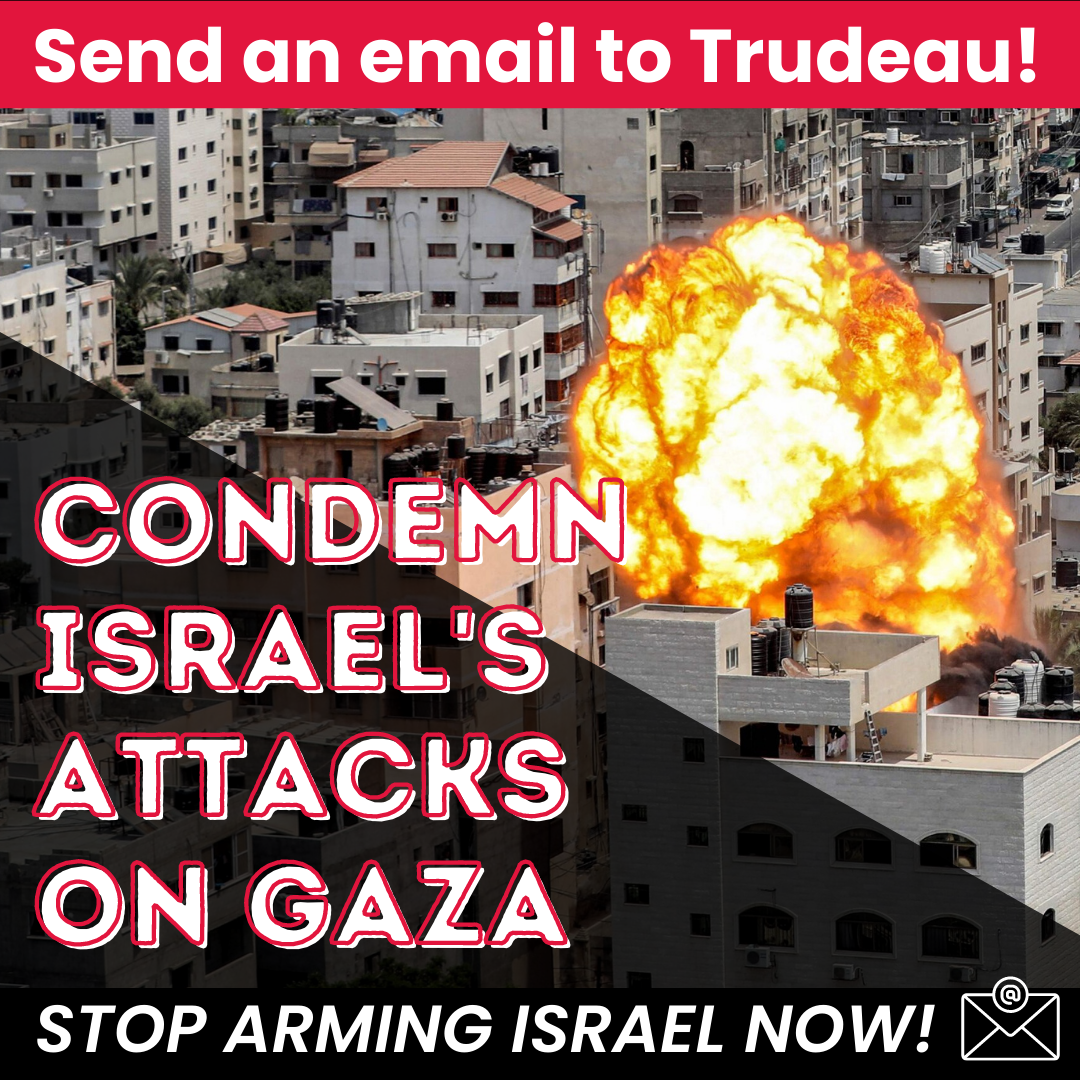 Israel has launched yet another aggressive war against the people of Gaza, deploying airstrikes against residential buildings in civilian neighbourhoods. Scores of people have been killed, including at least 15 children. Shockingly, Israel continues to commit these war crimes with impunity. Not only has Canada failed to condemn Israeli aggression, but Canadian military exports to Israel continue to increase every year. Canada must condemn Israel's attacks on the people of Gaza, and suspend military trade with Israel!

Use the fields below to send an email to Trudeau, to the Foreign Affairs Minister, our diplomats at the UN, other political leaders, and your own MP! ISRAELI VIOLENCE MUST END NOW!