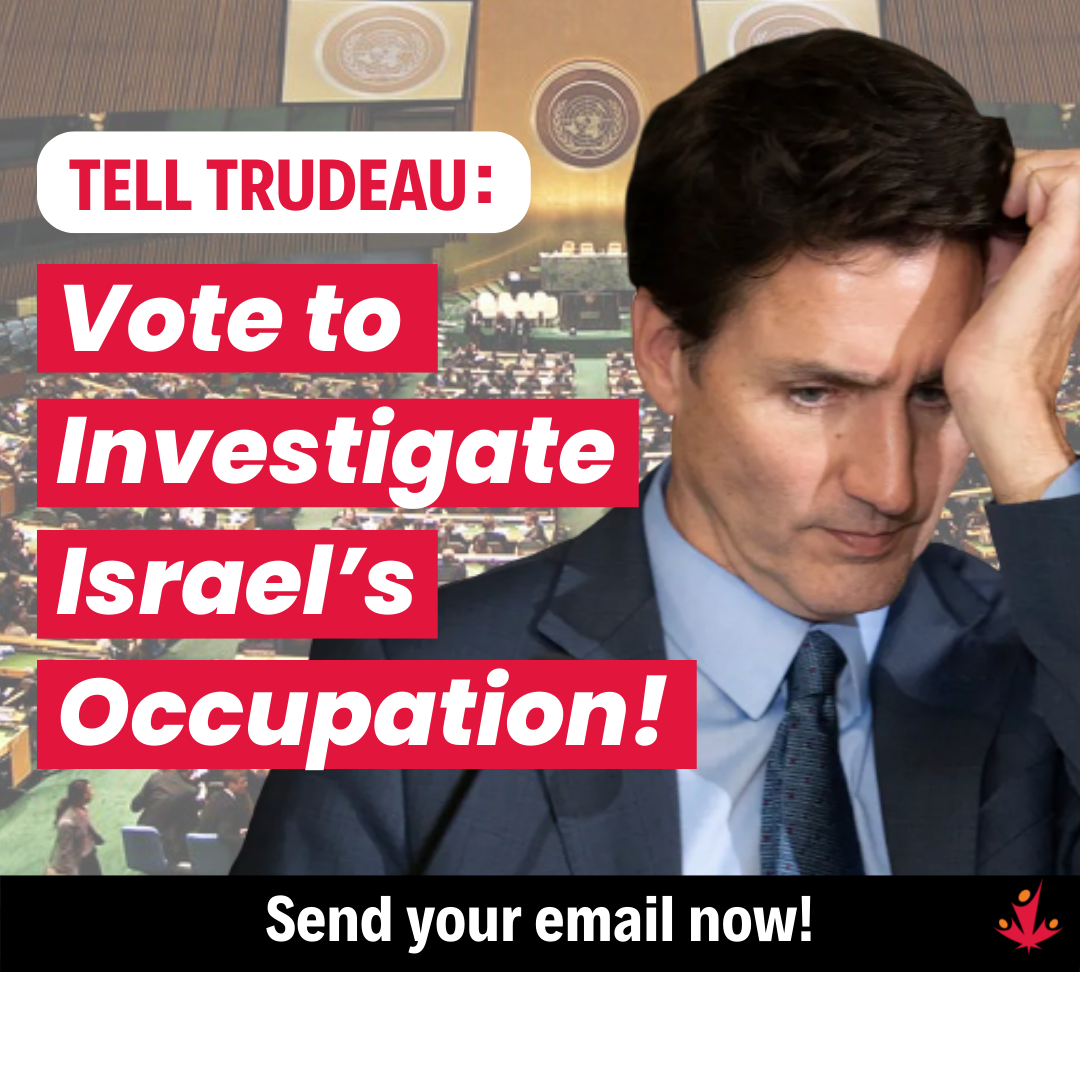 In the next few days, the UN will be voting on an important resolution to refer Israel to the International Court of Justice (ICJ). This could be a major step forward for holding Israel accountable, but Canada is planning to vote against it!

If passed, the ICJ will be asked to provide a legal opinion on whether Israel’s military occupation of Palestinian territory is now illegal, given that Israel seems intent on holding onto Palestinian land forever.

Fill out the fields below to send an email to the Prime Minister, Canada’s UN Ambassador, key Ministers and diplomats, and your local MP. Tell Canada to stand up for international law by supporting the UN vote for an ICJ opinion on Israel’s occupation.