Thanks for emailing Champagne & Trudeau about BDS 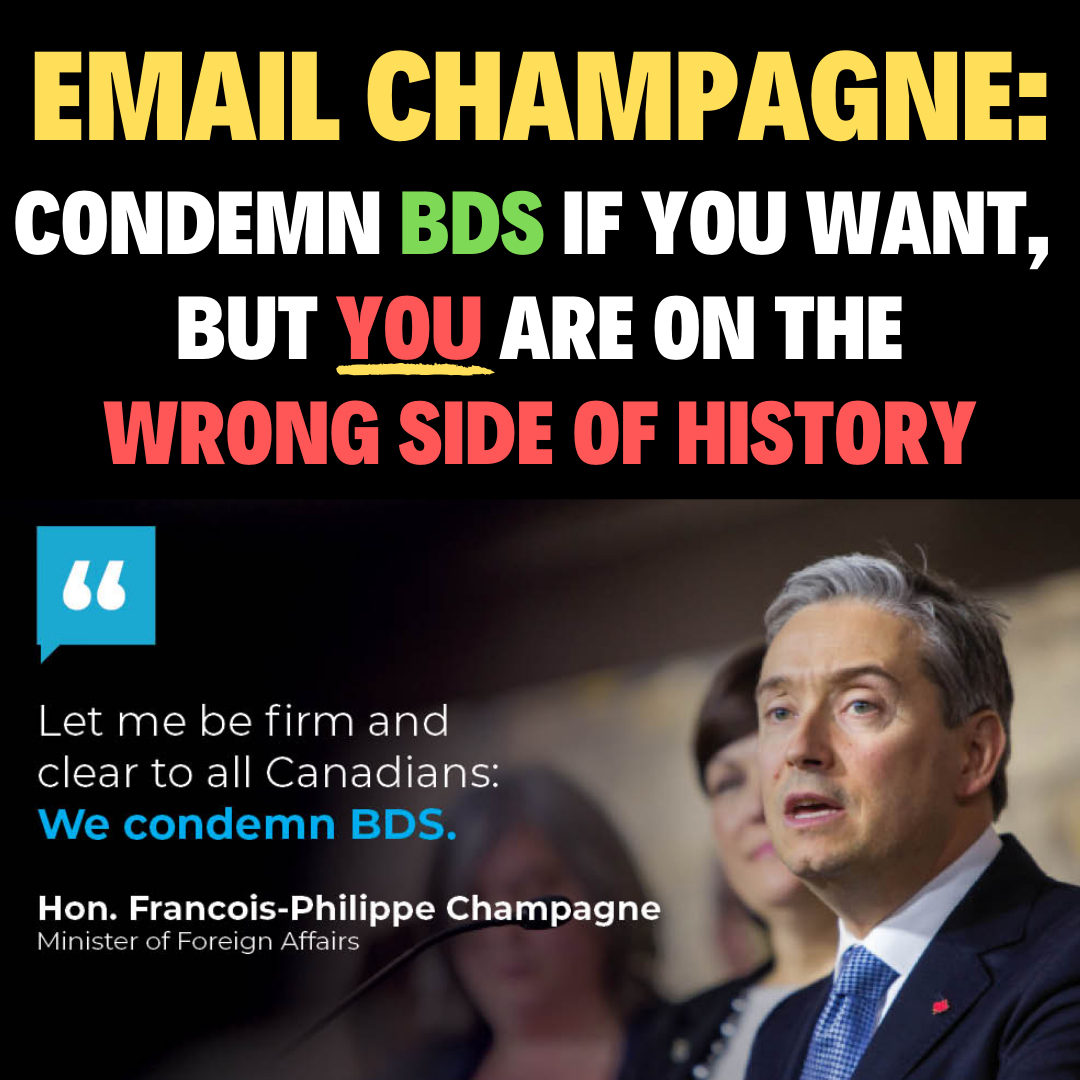 Thank you for participating in our campaign to challenge the Trudeau government’s condemnation of the BDS movement. While Trudeau may fear the power of the pro-Israel lobby groups, Canadians of conscience cannot be silent about Israel’s human rights abuses against Palestinians. Please encourage your friends to join you in this campaign!

CJPME has launched this and other campaigns to support Palestinian human rights and their champions across Canada.  If possible, please consider donating to CJPME's work. We have many expenses; any amount helps!