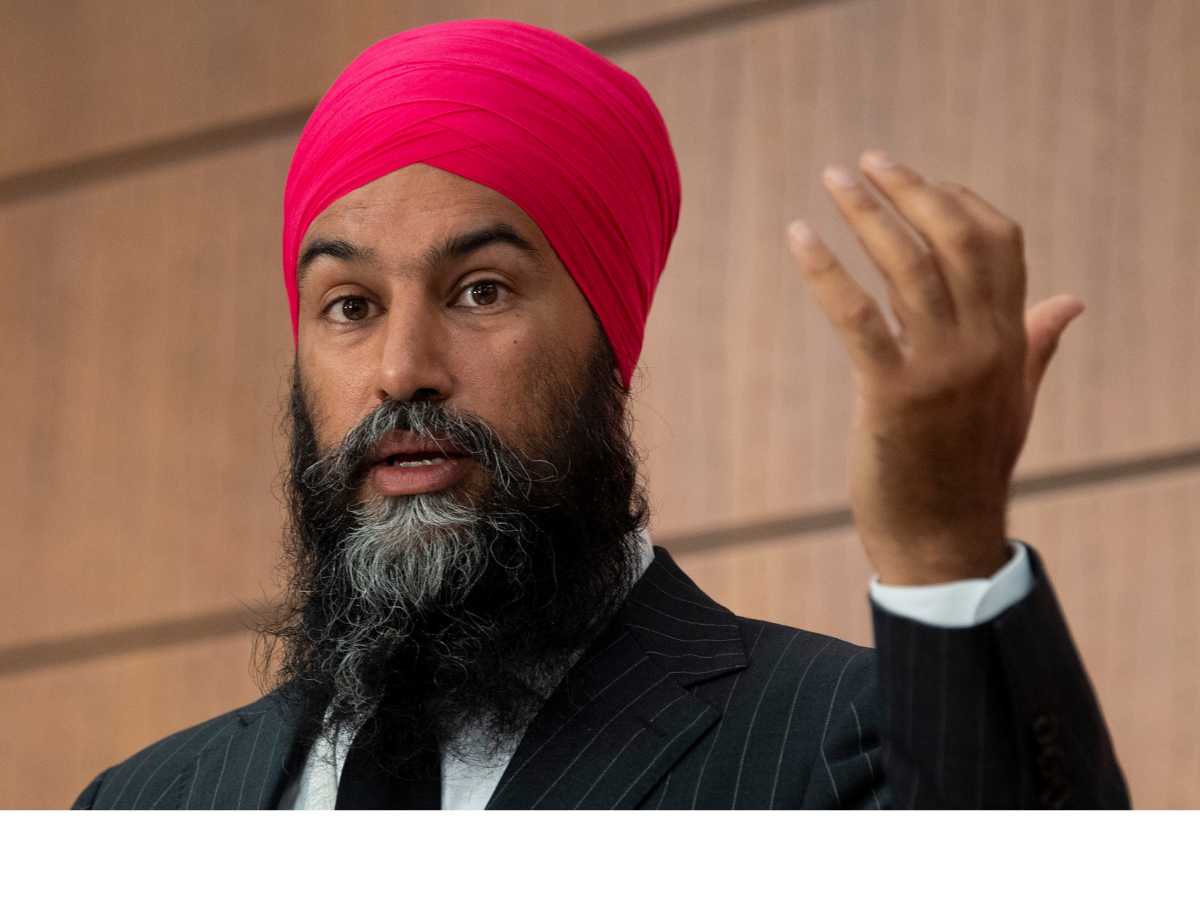 Montreal, September 19, 2022 - Below is a letter from CJPME to NDP Leader Jagmeet Singh thanking him for his recent positions in support of Palestinian human rights. Click here for the full PDF version.

I am writing to you as the Vice President of Canadians for Justice and Peace in the Middle East (CJPME, www.cjpme.org), a national Canadian organization whose mission is to empower Canadians of all backgrounds to promote justice, development, and peace in the Middle East, and here at home in Canada. Founded in 2004, more than 200,000 people across Canada have participated in our campaigns or events in some way. Many of our adherents are also supporters or members of the New Democratic Party (NDP), as they are interested in advancing the principles of social justice and equality at home and abroad.

On behalf of CJPME, I wanted to express our sincere appreciation for your principled policy positions in support of Palestinian human rights, as outlined in a recent letter to your supporters. I know that many of these positions are not necessarily new, but may have already been raised by NDP foreign affairs critic Heather McPherson and other NDP MPs in Parliament and in communications with the Minister of Foreign Affairs. The increased courage, initiative, and visibility of the NDP on these important issues over the last two years has not gone unnoticed, and this principled commitment to oppose injustice is deeply appreciated.

I’m aware that you have received some negative feedback from pro-Israel advocacy organizations in response to your positions, but I can assure you that you are on solid and principled ground. Not only are your policy demands entirely aligned with international law, they also reflect the priorities of civil society, and echo the findings and recommendations of the world’s most prominent human rights organizations. The NDP’s recent positions on a range of issues – from threats of forcible transfer in Masafer Yatta, to Israel’s raids against leading Palestinian NGOs, to Israel’s practices of apartheid (as defined by international, Israeli, and Palestinian human rights groups) – reveal a close engagement with civil society and attention to developments on the ground.

Your message correctly noted the asymmetrical nature of the situation in Palestine and Israel and proposed concrete actions that the Canadian government can take to address Israel’s breaches of international law. In particular, I was encouraged to see your support for the suspension of military trade with Israel and for a ban on trade with illegal Israeli settlements, two policy items that were overwhelmingly endorsed by NDP members last year. Should these measures be adopted, it would be a significant correction to Canada’s current approach, which claims to seek peace while simultaneously arming one party to the conflict (the occupying power), providing trade benefits to illegal settlements, and opposing all efforts of the Palestinians to seek justice in international forums. This approach has failed to bring peace or justice but has strengthened Israel’s sense of impunity. The measures proposed in your letter are essential if Canada is going to end this impunity and challenge the intolerable status quo.

As Parliament resumes this week, I strongly encourage you to continue intensifying your advocacy for Palestinian human rights, and to translate these commitments into action. Raising these urgent matters in Parliament as an opposition party is one of the principal ways that the government can be forced to break its silence and respond, making your role tremendously valuable. Moreover, the NDP’s confidence-and-supply agreement with the governing party means that you are in an unusually strong position to influence the direction and priorities of this government. We hope that you will leverage this role to meaningfully advance an agenda for Palestinian human rights.

Please do not hesitate to contact me if you have further questions or concerns. You can reach me at 613-315-7947, or at [email protected]

Vice President, Canadians for Justice and Peace in the Middle East