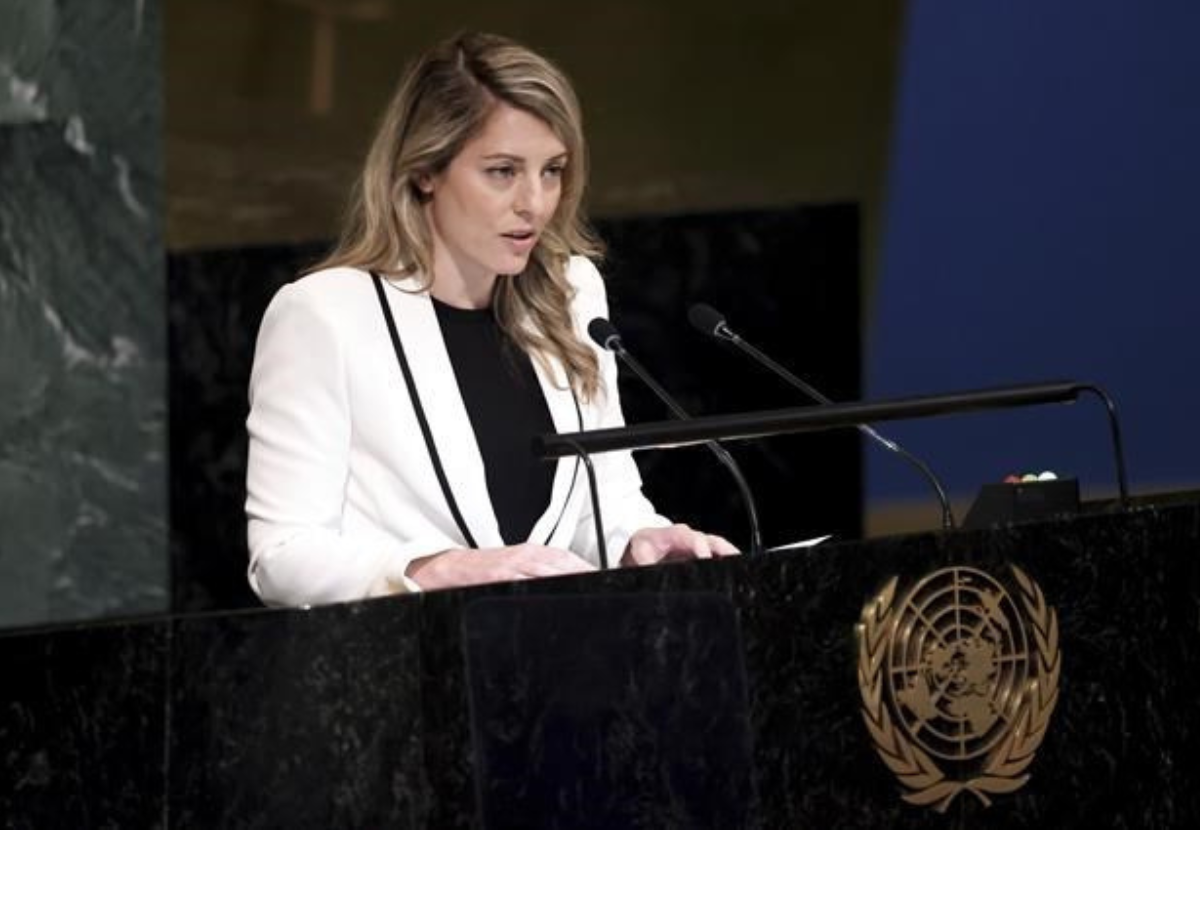 Montreal, January 11, 2023 - Below is a letter to Foreign Affairs Minister Mélanie Joly requesting an explanation for Canada's vote against a UN resolution to seek an ICJ opinion on the legality of Israel's occupation. "In this critical moment, the UN General Assembly vote provided Canada with a missed opportunity to stand up for its stated principles of international law. By voting instead with Israel and against the resolution for an ICJ opinion, Canada stood by the brutal occupying power – now led by fanatical pro-settler extremists and annexationists – to protect its actions from legal scrutiny." Click here to download the letter as a PDF.

I am writing to express my great displeasure over Canada’s recent vote at the United Nations General Assembly (UNGA) against a resolution titled “Israeli practices affecting the human rights of the Palestinian people in the Occupied Palestinian Territory [OPT], including East Jerusalem,” which took place on December 30, 2022. Canada’s vote against this resolution contradicts its stated support for the “rules-based international order” and gives fuel to the annexationist ambitions of Israel’s new hardline regime. This vote demands an explanation.

The resolution in question, which was adopted 87-26, requested an advisory opinion from the International Court of Justice (ICJ) regarding the legal implications of Israel’s “prolonged occupation, settlement and annexation of the Palestinian territory.” The resolution responded to a troubling report from the UN’s Independent Commission of Inquiry which found that there are “reasonable grounds to conclude” that Israel’s occupation “is now unlawful under international law,” given Israel's intent to permanently maintain the occupation and its actions to effectively annex parts of the land. The fact that such questions will now be considered by the ICJ represents a major step towards holding Israel accountable for its violations of international law.

Canada’s opposition to an ICJ advisory opinion on the legality of Israel’s occupation stands in contrast to Canada’s support for the court in other contexts. Earlier in 2022, Canada gave its full support to an ICJ application against Russia, adding its name to a joint statement which described the ICJ as “a pillar of the rules-based international order” which “has a vital role to play in the peaceful settlement of disputes.” Canada actively supports ICJ cases elsewhere, including against Myanmar – so why is Israel exempt?

It was the timing, however, which made Canada’s vote at the UNGA so objectionable. Just the previous day, Israel had sworn in a new far-right government which is open about its pro-settlement, annexationist, and racist aims. In its published statement of principles, the governing coalition claimed that the Jewish people have an “exclusive” right to all land under Israeli control, including the OPT, and promised to advance the illegal settlement of all regions. A key ministerial position overseeing Israel’s illegal settlements has been handed to extremist settler Bezalel Smotrich, who intends to accelerate illegal settlement expansion and the ‘legalization’ of settler outposts. Moreover, signed agreements among Israel’s governing parties have committed Israel’s government to advancing the ‘application of sovereignty’ in the West Bank – a euphemism for annexation.

In this critical moment, the UN General Assembly vote provided Canada with a missed opportunity to stand up for its stated principles of international law. By voting instead with Israel and against the resolution for an ICJ opinion, Canada stood by the brutal occupying power – now led by fanatical pro-settler extremists and annexationists – to protect its actions from legal scrutiny.

You may also be aware that following the resolution’s successful adoption at the UNGA, Israel’s security cabinet imposed a package of sanctions on Palestinians as a punishment for advocating for themselves, including a freeze on Palestinian construction in Area C of the occupied West Bank. Israel’s cabinet also levelled a serious threat against human rights organizations, vowing to take action against organizations that promote “political-legal activity against Israel under the guise of humanitarian activity.” These are grave governmental threats against key pillars of civil society.

Canada must cease its efforts to shield Israel’s occupation of Palestinian land from the application and enforcement of international law. If anything, the government’s explicit promises to settle and annex occupied Palestinian territory in violation of the Fourth Geneva Convention should be a wake-up call that international action is urgently needed. My organization, Canadians for Justice and Peace in the Middle East (CJPME), demands a prompt response to the following questions:

I look forward to hearing from you regarding this matter, and once again I would like to invite you to a face-to-face meeting.  Our main office is merely 5 km from your riding office, and we would much prefer to address these issues with you in person.

David Da Silva, Representative of Canada to the Palestinian Authority