Letter to Justin Trudeau Regarding a 2014 Commitment for Gaza 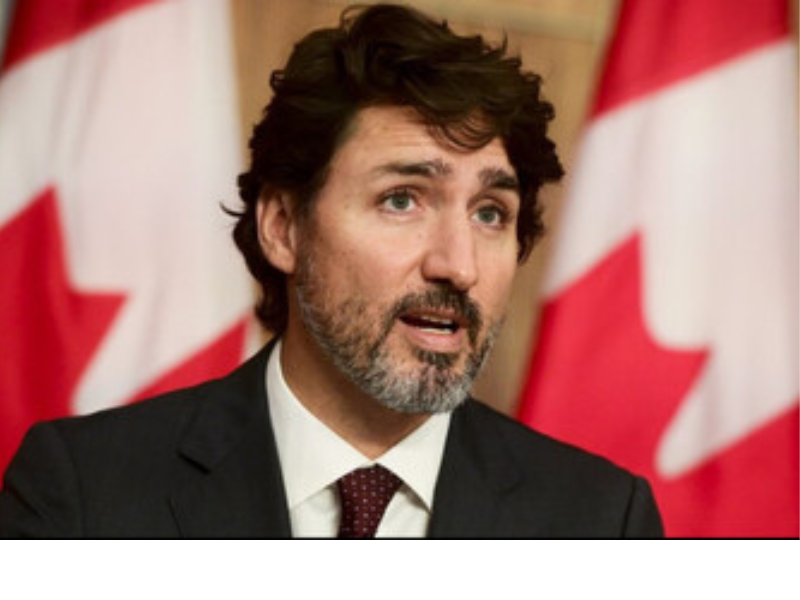 Montreal, June 28, 2022- Below is a letter from CJPME to Prime Minister Justin Trudeau to follow up on his commitment to providing Canadian medical treatment to 100 Palestinian children from Gaza, as promised to Dr. Izzeldin Abuelaish in 2014. Click here to download PDF version of the letter.

I am writing to ask you to follow up on your commitment to provide Canadian medical treatment to 100 Palestinian children from Gaza, as promised to Dr. Izzeldin Abuelaish in a tweet by you in 2014. I am Director, Policy and Media Engagement at Canadians for Justice and Peace in the Middle East (CJPME, www.cjpme.org), an organization that works for justice, development, and peace in the Middle East. My organization advocates for the rights of Palestinians and others in the Middle East, and to ensure Canadian politicians follow up on their legal and moral commitments to the region.

A recent Al-Jazeera article by Andrew Mitrovica summarized the saga of how, as an opposition leader, you first championed Dr. Izzeldin Abuelaish’s campaign to #Heal100Kids. Mitrovica also explains how, since you have become Prime Minister, you have systematically ignored Dr. Abuelaish’s follow-up appeals of the past 8 years to follow through and provide Canadian medical to children from Gaza. Quite honestly, this comes across as a cheap Opposition stunt to attract votes for the 2015 election, with no real intention of follow-through. Your hypocrisy is even more jarring as your government has moved heaven and earth to provide Ukrainian victims of Russia’s invasion with refuge, work permits, and the best possible care that Canada can provide.

Mitrovica's Al-Jazeera article, speaks about the trauma and hardship that Palestinian children go through. A Save The Children report that came out earlier this week has found that four out of five children in Gaza are besieged by panic, anxiety, and dread. 38% of youth in Gaza have contemplated suicide or have tried to commit suicide at least once in their lifetime. Al-Jazeera also speaks about the effects of the constant uncertainty and instability that these children face under Israel’s apartheid state. More than half suffer from what is known as “reactive mutism”: when shock and trauma translate into a constant state of blank numbness and silence.

It is also important to note the Israeli restrictions on movement that Gaza-based Palestinians face. As you likely know, Israel severely restricts travel between Gaza and the outside world. A Human Rights Watch report published in 2017 highlights the difficulties Palestinians face in getting Israeli permission to leave Gaza – even for medical emergencies. Why any country would deny medical evacuations is unfathomable, but Israel has been doing it for the entire 15 years its blockade of Gaza has been in effect.

I and my organization demand that you follow up with Dr. Abuelaish to fulfill your modest pledge of helping 100 Palestinian children. Such an effort would be truly a “drop in the bucket” compared to the welcome lavished on Ukraine’s victims of Russian aggression. My organization also requests a personal meeting with you. We are prepared to make long-needed recommendations for Canada’s stance regarding Israel’s blockade of Gaza, and why Dr.Abuelaish’s modest appeal would be so significant. There are also important developments at the UN which demand a response from Canada vis-à-vis its stance on Gaza and the broader Israel-Palestine conflict. Please contact me at 438-380-5410 so that we can arrange a time to meet and to advance discussions on how Canada can play a truly constructive role for Palestinians and the Israel-Palestine conflict.

Director, Policy and Media Engagement, Canadians for Justice and Peace in the Middle East