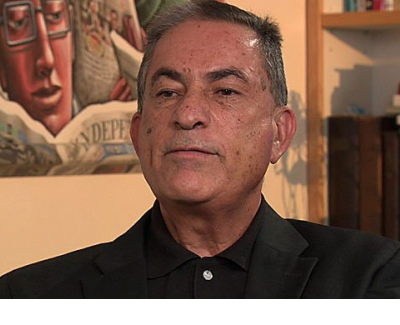 On September 20 writer Gideon Levy will embark on a seven-city lecture tour of Canada hosted by CJPME . The tour kicks off in Montreal and will wrap up in Vancouver on September 26. This lecture is a rare opportunity for Canadians to hear from this “Israeli dedicated to saving his country’s honour” (The Guardian).

ABOUT GIDEON LEVY AND “THE PUNISHMENT OF GAZA”

Levy, a journalist with Israeli newspaper Haaretz since 1982, has covered the Israeli–Palestinian conflict—in particular the occupation of Gaza and the West Bank—for over 20 years. His perspective is one rarely heard in Canada—that of an Israeli still living in his homeland and sharing its vulnerabilities, but unflinching in his appraisal of its conduct. The son of two Holocaust survivors, Levy was born in Tel Aviv and still makes his home there. He served in the Israeli army from 1974-78, and was an aide to Shimon Peres (then leader of the Israeli Labour Party and now Israel’s President) from 1978 to 1982. Levy was the recipient of the Euro-Med Journalist Prize for 2008, the Leipzig Freedom Prize in 2001, the Israeli Journalists’ Union Prize in 1997, and The Association of Human Rights in Israel Award for 1996.

In his new book — "The Punishment of Gaza" — Levy analyzes how the ground was prepared for the 2009 invasion of Gaza, and the attack’s continuing effects. He tracks Israel’s abandonment since 2005 of the pretence of diplomacy in favour of a policy of provocation and raw military power. This, he argues, is being done with the ultimate aim of denying Palestinians any opportunity to form their own independent state. Levy explains, “I am asking all Israelis to be outraged – or at least to understand what is being perpetrated in their name, so that they may never have the right to claim: ‘we did not know.’” CJPME President Thomas Woodley says “CJPME is sponsoring this tour so that Canadians will know, and will insist on a more balanced Canadian stance on Middle East issues.” Levy’s lecture promises to be fascinating.