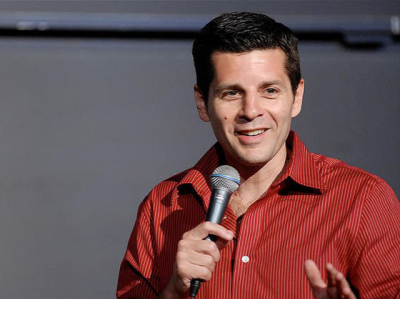 In this gala banquet fundraising event, Arab-American comedian Dean Obeidallah will bring his unique comic insight and disarming humour to four Canadian cities. Proceeds from this Dinner and Comedy Show will go to help further CJPME's important work for justice and peace in the Middle East.

Raised in New Jersey, Dean's comedy comes in large part from his unique background of being the son of a Palestinian father and a Sicilian mother. Dean, an award winning comedian who was at one time a practicing attorney, has appeared on Comedy Central's "Axis of Evil" Comedy special (which also aired in the Middle East on Showtime Arabia) and is the co-creator and co-producer of Comedy Central.com's critically acclaimed Internet series "The Watch List" featuring a cast of all Middle Eastern-American comedians performing stand up and sketch comedy.

Dean has also appeared on ABC's "The View," CNN and NBC's "Saturday Night Live." He was recently one of five comedians profiled in a PBS one hour TV Special entitled: "Stand Up: Muslim-American Comics Come of Age."