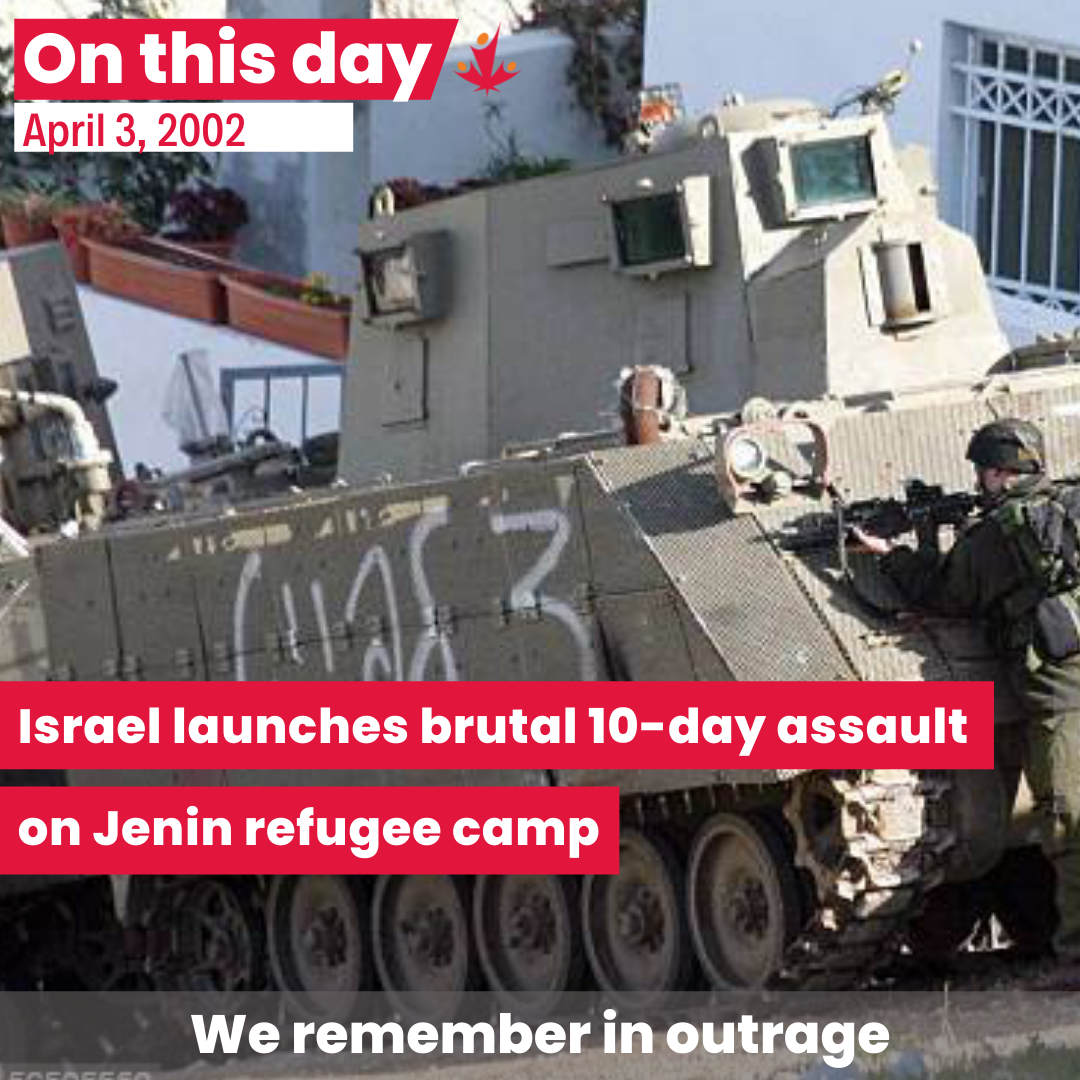 “I stayed in my house for about 10 days after the invasion. I am not exactly sure of the time. I didn’t leave my house as I was afraid, there were rockets and there was so much shooting, I thought it was safer in my house. I only left when the bulldozer came.” - 40-year-old woman from the Saha neighbourhood, quoted by Amnesty

On this day in 2002, the Israeli military began its 10-day bombardment and massacre of the Jenin refugee camp. This was part of Israel’s Operation Defense Shield, which targeted many Palestinian cities, towns and refugee camps, killing over 500 people and injuring 1,500.

Over the course of the attack on Jenin refugee camp, at least 52 Palestinians would be killed. Israel brought in large military vehicles and bulldozers, destroying huge swathes of the camp. In the initial stage of the incursion, Israeli officers indiscriminately targeted homes while Palestinians were still inside, leaving little time for them to escape. Many residents were unable to flee, running “from house to house inside the camp as the houses they were sheltering in were progressively targeted by IDF fire” (Human Rights Watch). “Very few houses were left unscathed” (Ilan Pappe), and around 3,000 to 4,000 Palestinians were left homeless. For 11 days, emergency medical vehicles and personnel were blocked from entering the camp.

The 10-day invasion destroyed critical infrastructure, punishing Jenin residents long after Israelis troops finally withdrew. The massacre of the Jenin refugee camp has become an important symbol in the history of Palestinian resistance at the hands of Israeli oppression.

Amnesty International - Israel and the Occupied Territories: Shielded from scrutiny: IDF violations in Jenin and Nablus