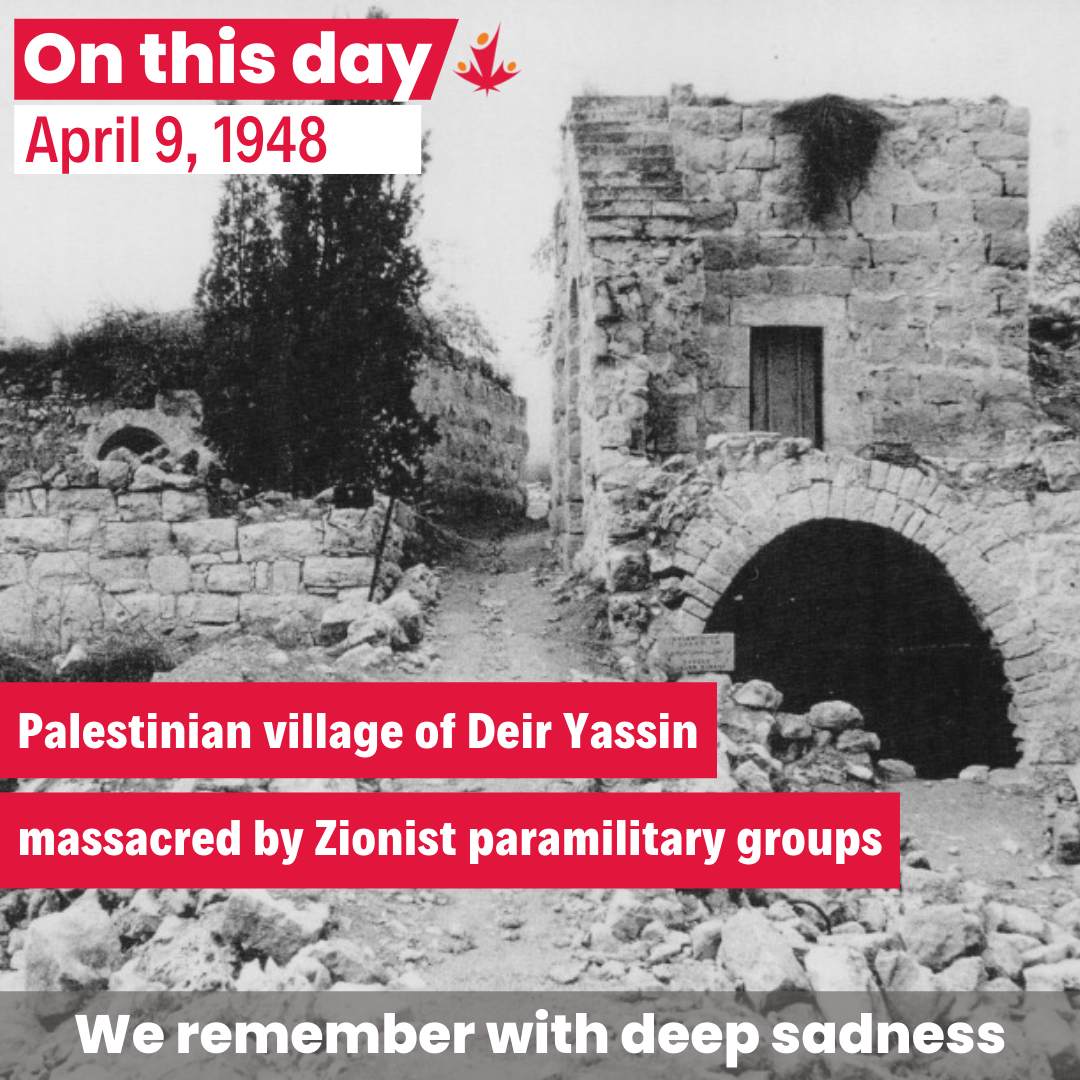 “The [Zionist militias] ordered all our family to line up against the wall and they started shooting us. I was hit in the side, but most of us children were saved because we hid behind our parents.” - Fahimi Zeidan, aged 12 in 1948

On this day in 1948, extremist Zionist paramilitary groups attacked the Palestinian village of Deir Yassin, perpetuating one of the most infamous massacres in Palestinian history.

Over 100 Palestinians were systematically murdered, many of them women and children. The initial incursion was met with resistance by Deir Yassin residents, so much that the militias who launched the attack had to call the Haganah for reinforcements, who then completed the invasion. Among other atrocities, the combined forces paraded 25 male villagers in Jerusalem, drove them to a quarry close to Deir Yassin and executed them. The remaining residents were stripped of their valuables and driven to East Jerusalem, and Deir Yassin was wiped off the map. Only a few months later, a Jewish settlement was established in the area, which was renamed Givat Shaul Bet, despite the objection of local Jewish leaders.

The Deir Yassin massacre is significant because it served as one of the earliest warning signs of the Nakba: the expulsion of over 700 000 Palestinians from hundreds of villages in 1947-1948.

The leader of one of the militias, Menachem Begin, would go on to form Israel’s Likud party and become the country’s sixth Prime Minister. Policies designed to favour Jewish Israelis over Palestinians would be passed during his leadership, contributing to Israel’s current system of apartheid.