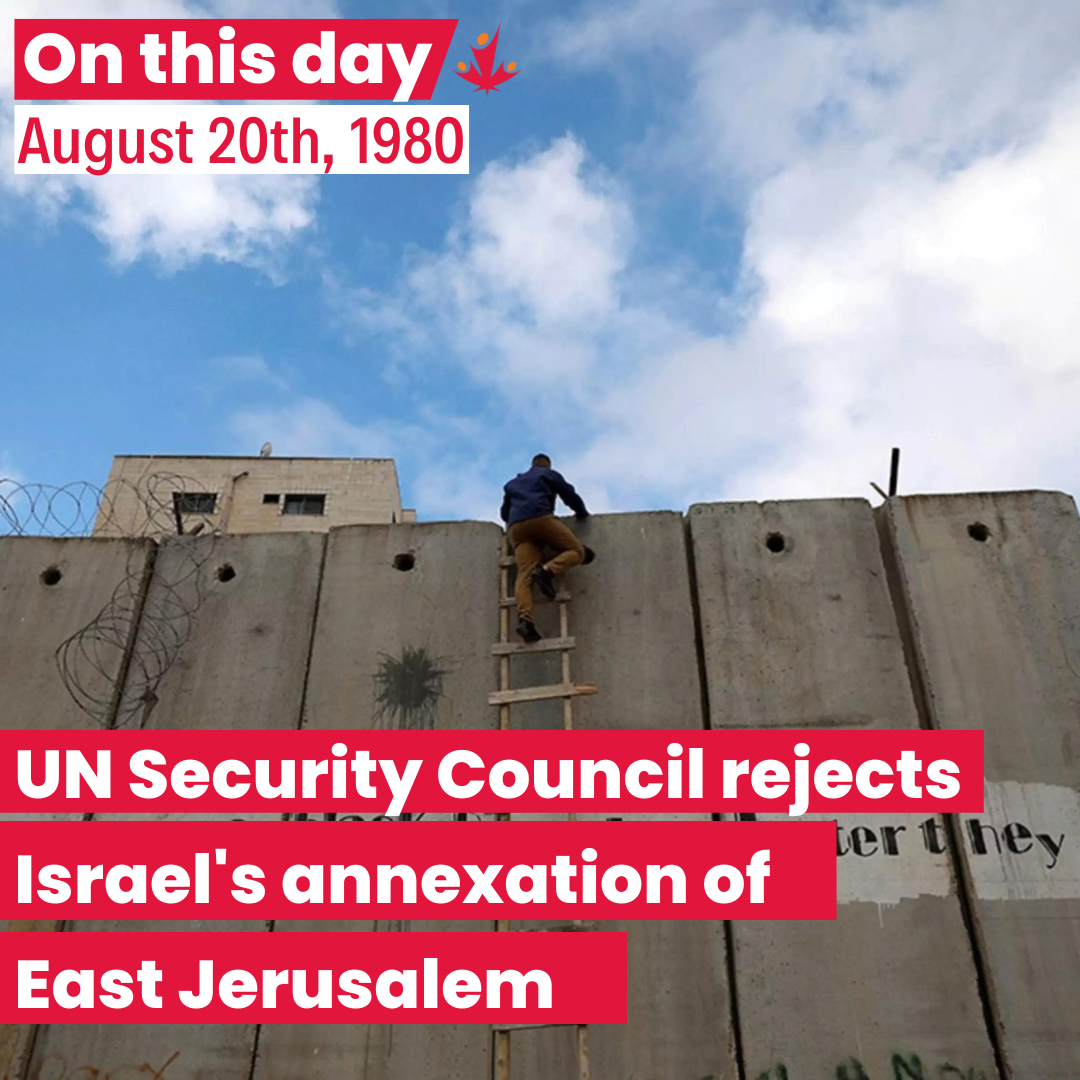 On this day in 1980, the United Nations Security Council passed Resolution 478 to reject Israel's annexation of Jerusalem as "a violation of international law,” asserting that this did not change East Jerusalem’s status as occupied territory and that the Fourth Geneva Convention continued to apply. Israel occupied East Jerusalem in 1967 and formally annexed the territory earlier in 1980. The UNSC resolution determined that "the decision of Israel to impose its laws, jurisdiction, and administration on the Holy City of Jerusalem is illegal and therefore null and void and has no validity whatsoever," and urged UN member states to withdraw any diplomatic missions from Jerusalem. The resolution passed 14-0 with the United States abstaining.

This UNSC position continues to apply today and has been reaffirmed on many occasions. In 2016, UNSC Resolution 2334 reiterated that Israel’s settlements in East Jerusalem have “no legal validity” and constitute a “flagrant violation” of international law. Canada’s official position aligns with the UNSC resolution, stating that “Canada does not recognize Israel's unilateral annexation of East Jerusalem” and that its settlements there “are a violation of the Fourth Geneva Convention.”  In 2017, however, the United States violated this resolution by moving its embassy from Tel Aviv to Jerusalem, sparking outrage across the Middle East. Not only did it violate international law, but it completely disregarded the lives of thousands of Palestinians living under brutal occupation in East Jerusalem.

Canadian policy on key issues in the Israeli-Palestinian conflict