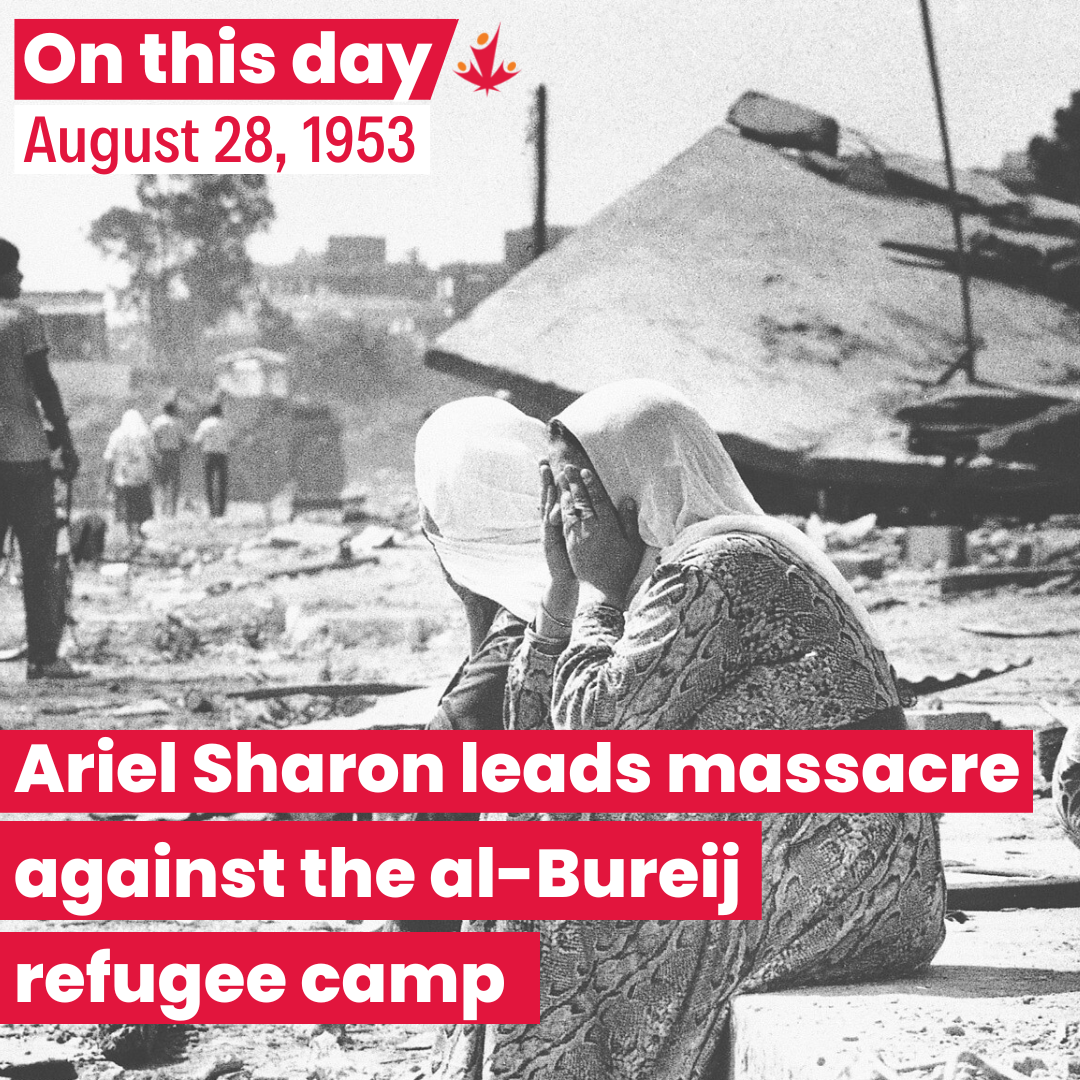 On this day in 1953, an Israeli military unit led by Ariel Sharon launched a brutal nighttime attack on the on the Al-Bureij Refugee Camp, committing a massacre that killed up to 50 civilians. According to UN officials, Israelis had thrown bombs through the windows of huts while Palestinian refugees were sleeping, and shot at those who tried to flee. The incident was described as an “appalling case of deliberate mass murder” by the UN’s Mixed Armistice Commission, which was set up to monitor the 1948 truce.

The attack was described in a report to the UN Security Council by the United Nations Truce Supervision Organization:

"One of the latest and gravest incidents in the Gaza Strip has been the attack upon several houses and huts in the Arab refugee camp of Bureij on the night of 28 August. That camp, organized and administered by United Nations Relief and Works Agency, is situated about 2 kilometres west of the demarcation line. Bombs were thrown through the windows of huts in which refugees were sleeping and, as they fled, they were attacked by small arms and automatic weapons."

The attack on the Al-Bureij Refugee Camp was part of a wider campaign of Israeli attacks against Palestinian refugee camps in Gaza, where more than 200,000 Palestinians had found refuge following the Nakba. Those who tried to return to their homes (Israel called them “infiltrators”) were routinely shot on sight by Israelis or faced “retaliation” attacks. The massacre at Al-Bureij was carried out by Israel’s Unit 101, led by Ariel Sharon, who would later become Prime Minister of Israel. It was one of the first attacks which launched “Sharon’s terrorist career,” according to Noam Chomsky, along with the brutal massacre in Qibya two months later.