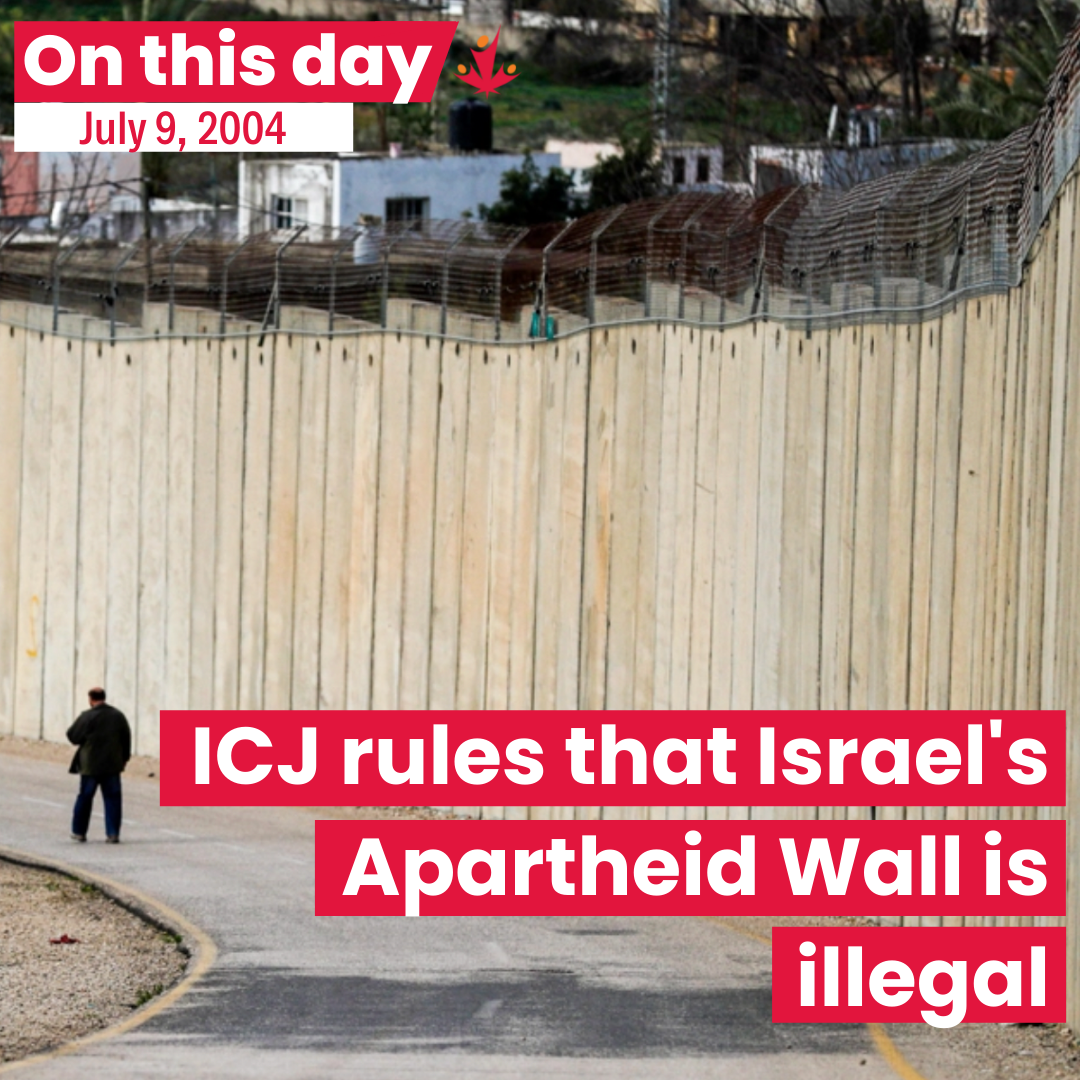 On this day in 2004, the International Court of Justice (The Hague Court) ruled that Israel's Apartheid Wall is illegal and must be torn down. In 2002, Israel had begun construction of a wall inside occupied Palestinian territory, and in some cases deep inside the Green Line, which divided Palestinian communities, severely restricted freedom of movement, and effectively annexed large sections of occupied territory. In a 14-1 ruling, the ICJ concluded that the wall was contrary to international law, and called on Israel to tear it down and for Palestinians to be compensated for the damaged caused. A month later, the UN General Assembly voted on a motion demanding that Israel comply with the judgement, but Israel has refused.

15 Years Since the ICJ Wall Opinion: Israel’s Impunity Prevails Due to Third States’ Failure to Act