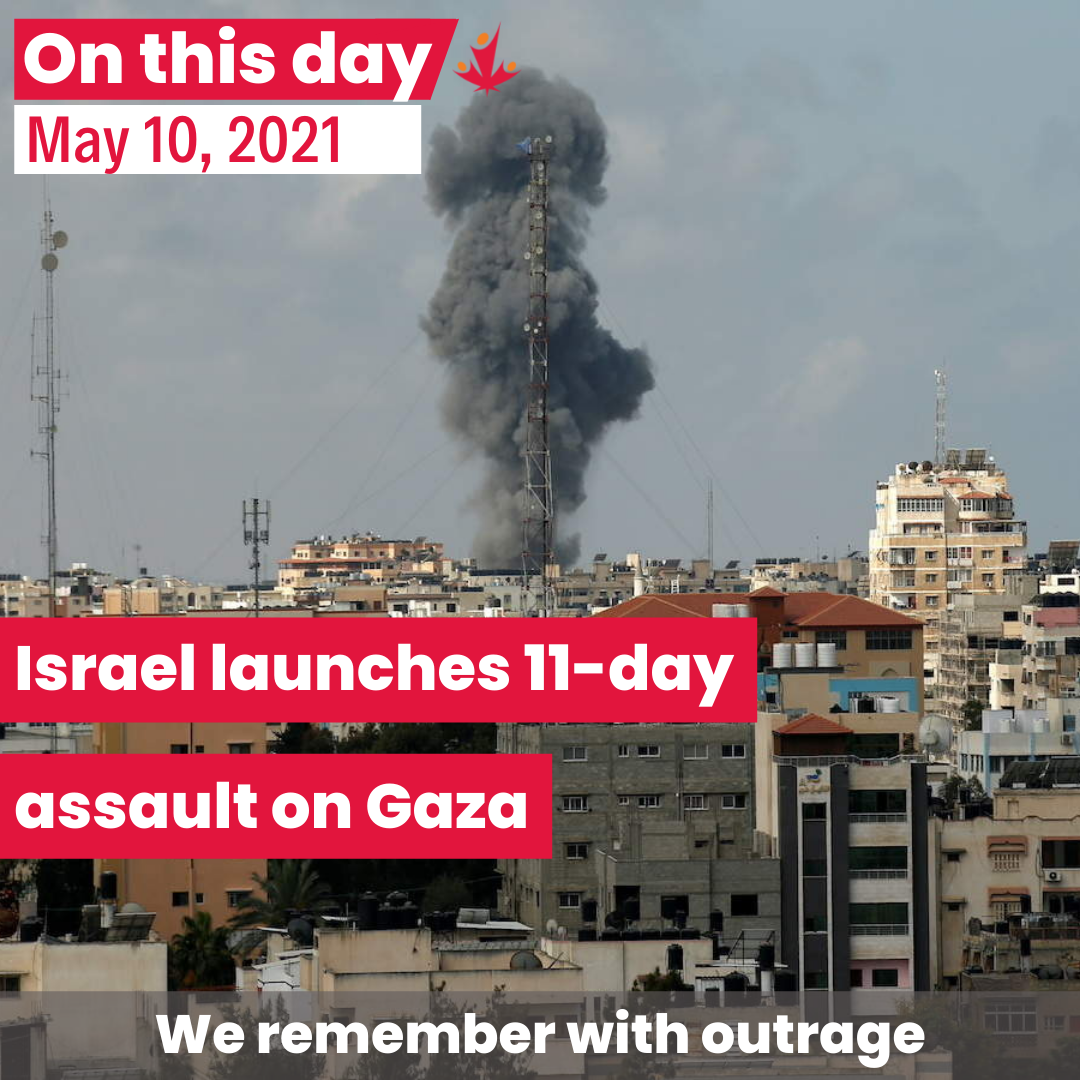 “Throughout the May hostilities, unlawful Israeli strikes not only killed many civilians, but also destroyed high-rise towers, wiping out scores of businesses and homes, upending the lives of thousands of Palestinians. Donor funding alone will not rebuild Gaza. The crushing closure of the Gaza Strip needs to end, along with the impunity that fuels ongoing serious abuses” – Human Rights Watch

The attack on Gaza followed a period of escalating Israeli violence and repression against Palestinian protestors in East Jerusalem, who were protesting the immediate expulsion of six families from their homes in the neighbourhood of Sheikh Jarrah. For several consecutive nights starting May 7, Israel also repeatedly stormed the Al Aqsa Mosque with tear gas, rubber bullets, and stun grenades, injuring over 200 Palestinians during Ramadan. Following these attacks and the refusal of Israel to withdraw forces from Al-Aqsa, Hamas started firing rockets at Tel Aviv, and Israel responded with airstrikes. Israel’s military offensive continued until the ceasefire on May 21.

Israeli strikes targeted residential and civilian areas, completely destroying 1,255 homes and damaging 50,000 others. In one instance, Israel deliberately bombed and destroyed an 11-story residential tower that was home to international media, including the Associated Press and Al Jazeera. According to both Human Rights Watch and the UN High Commissioner for Human Rights, some of Israel's airstrikes may constitute war crimes.

During this period, the Liberal government took an indifferent ”both sides” approach to the violence which failed to call out Israeli aggression. In contrast, the NDP called for Canada to suspend arms sales to Israel. In late May, Canada announced $24 million in humanitarian aid to Palestinians, but did not hold Israel accountable for its actions. Canada does not support a United Nations Commission of Inquiry into the matter, and in December 2021 even abstained on a motion to block the investigation, citing "significant concerns" over the UN's supposed "disproportionate focus on Israel."

Assault on Gaza in Numbers: Al Mezan, PCHR and Al-Haq