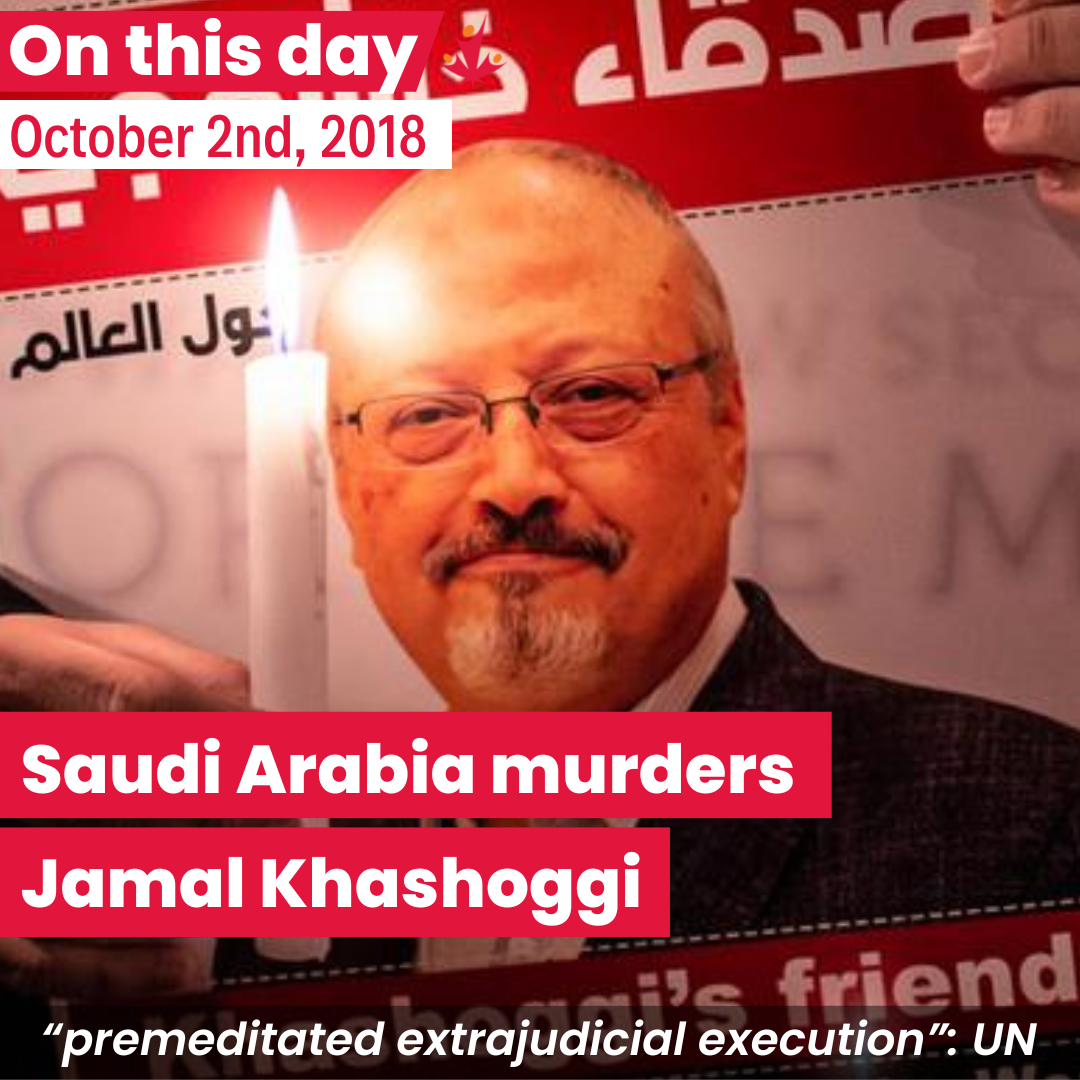 On this day in 2018, journalist Jamal Ahmad Khashoggi was assassinated by Saudi officials after walking into the Saudi consulate in Istanbul.  Khashoggi was a critic of the Saudi government who had been living in the US in self-exile since 2017. Saudi officials initially denied any knowledge of, or role in, Khashoggi’s death, but a UN report found that Saudi state agents had planned and carried it out as “premeditated extrajudicial execution,” and said there was credible evidence that Crown Prince Mohammed bin Salman had been involved. Saudi courts eventually sentenced eight people to prison terms for his death, but without discovering or prosecuting the high-level architects of the crime, leading Amnesty International to call it a “parody of justice.”

Despite the murder of Khashoggi (as well as Saudi’s war on Yemen), Canada’s relationship with Saudi Arabia more-or-less continued as normal. For 19 months, Canada placed a moratorium on new weapons permits to Saudi Arabia, before lifting this requirement claiming that there was no substantial risk to human rights. Despite the moratorium, Canada’s arms exports doubled in value over the year following Khashoggi's murder, reaching nearly C$3bn worth of military equipment in 2019.

Press Release on the Killing of Jamal Khashoggi - UNHR

UN Inquiry into the killing of Jamal Khashoggi

The Guardian: "Canada Doubles in Arms Sale to Saudi Arabia"